Rut Photography Ends in a Bang 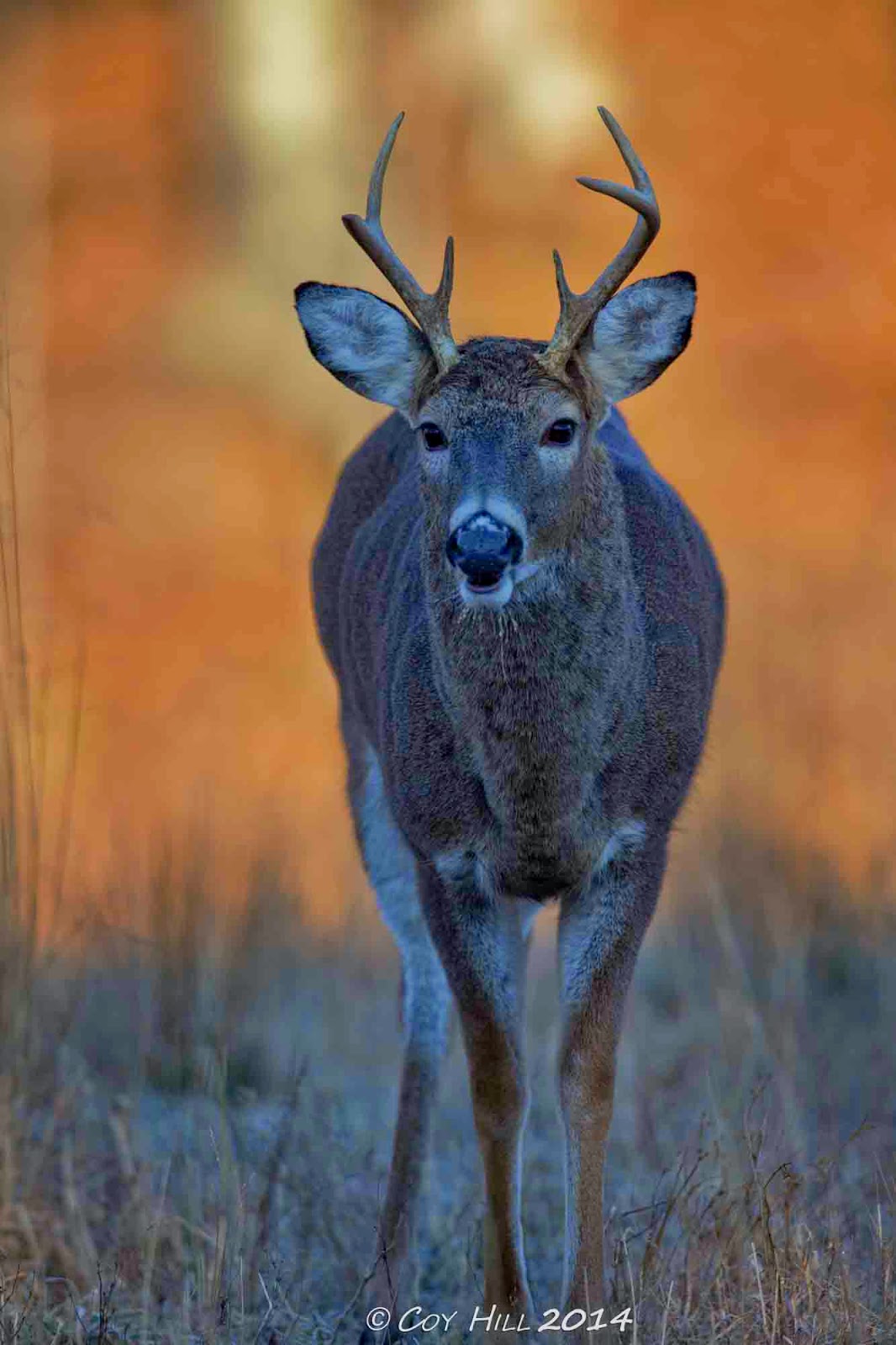 As daylight creeps across the Pennsylvania landscape the sound of gunshots will be heard in the more rural areas.  Firearms deer season will open with antlered deer being legal statewide and antlerless being legal in a few management areas.  While Monday morning will be the beginning of "deer season" for the firearms hunters it will signal the end of photographing the whitetail rut. 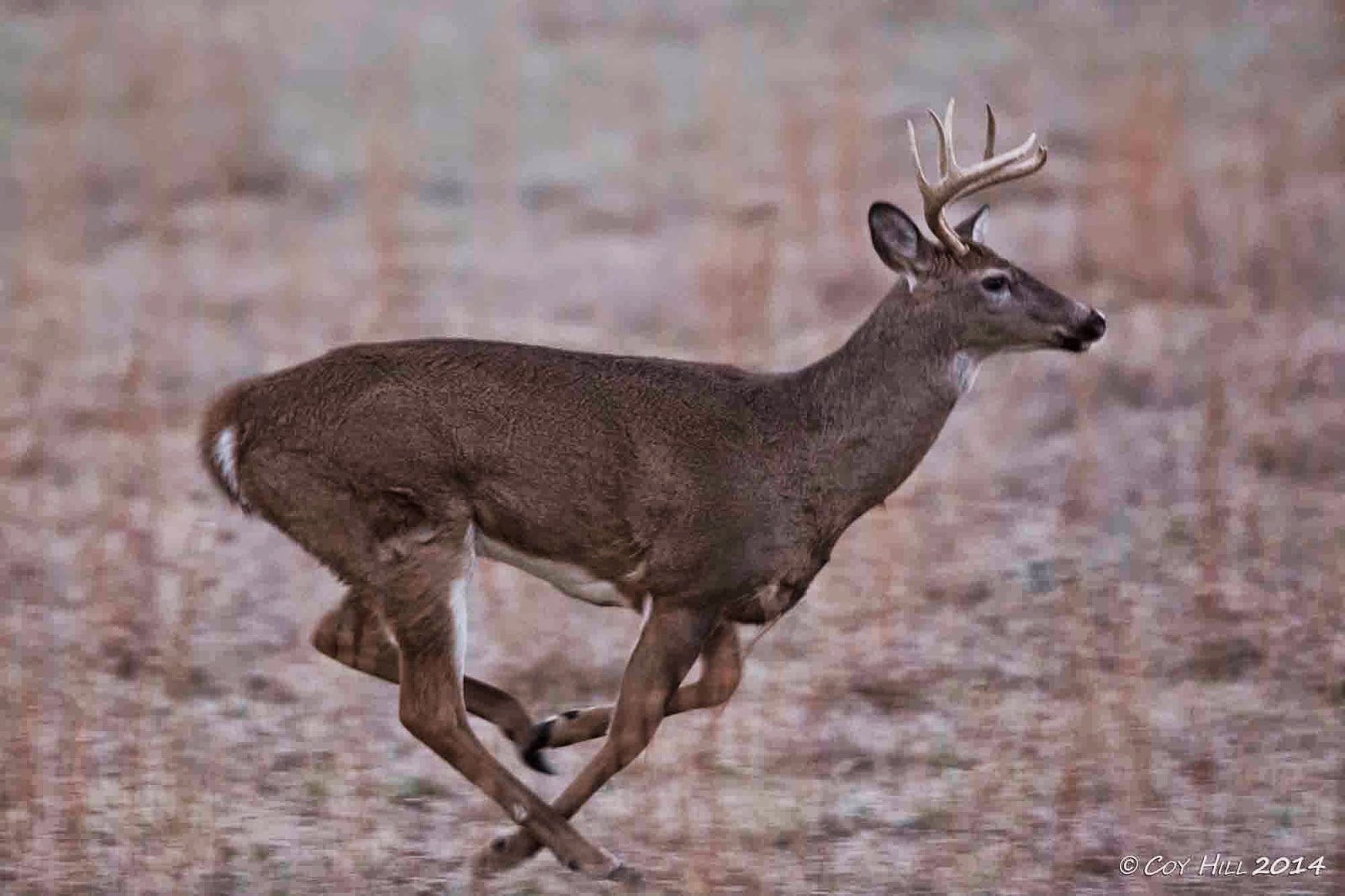 The whitetails two most important defensive tactics are stealth and speed with this racing buck illustrating the latter.
Thousands of hunters across the state will fill their tags tomorrow while many will return to home or camp with the story of the deer they missed.  Along with the successful kills and the misses will be a significant number of deer wounded and unrecovered. 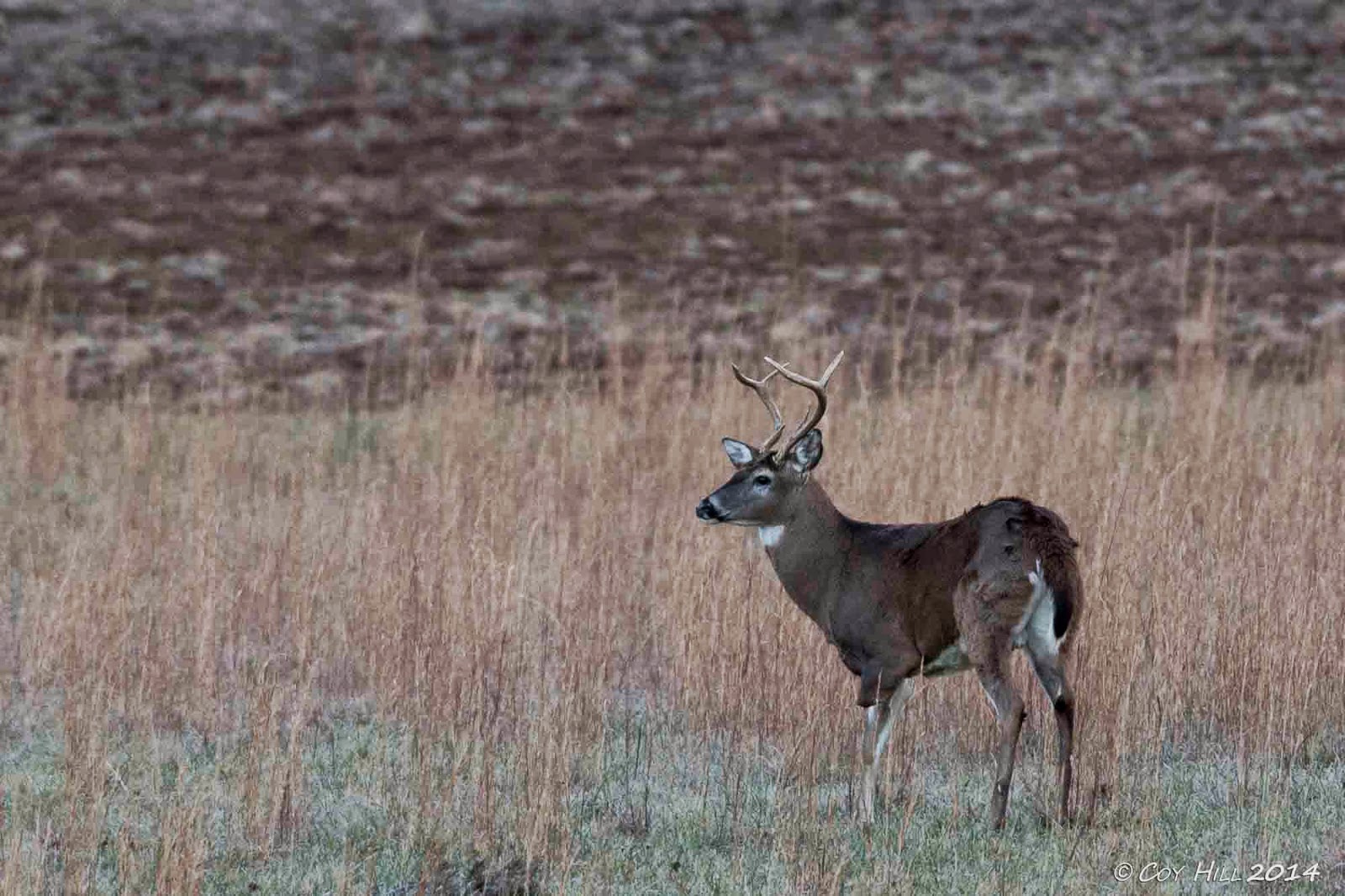 A casualty from and earlier year, this old buck actively participated in the 2014 rut even though his left front leg was missing.   For any hunters reading this please remember, Safety First!  Be sure of your target, make sure you have a safe backstop, and choose your shot carefully.  Remember once fired a bullet is a lethal missile that cannot be recalled. 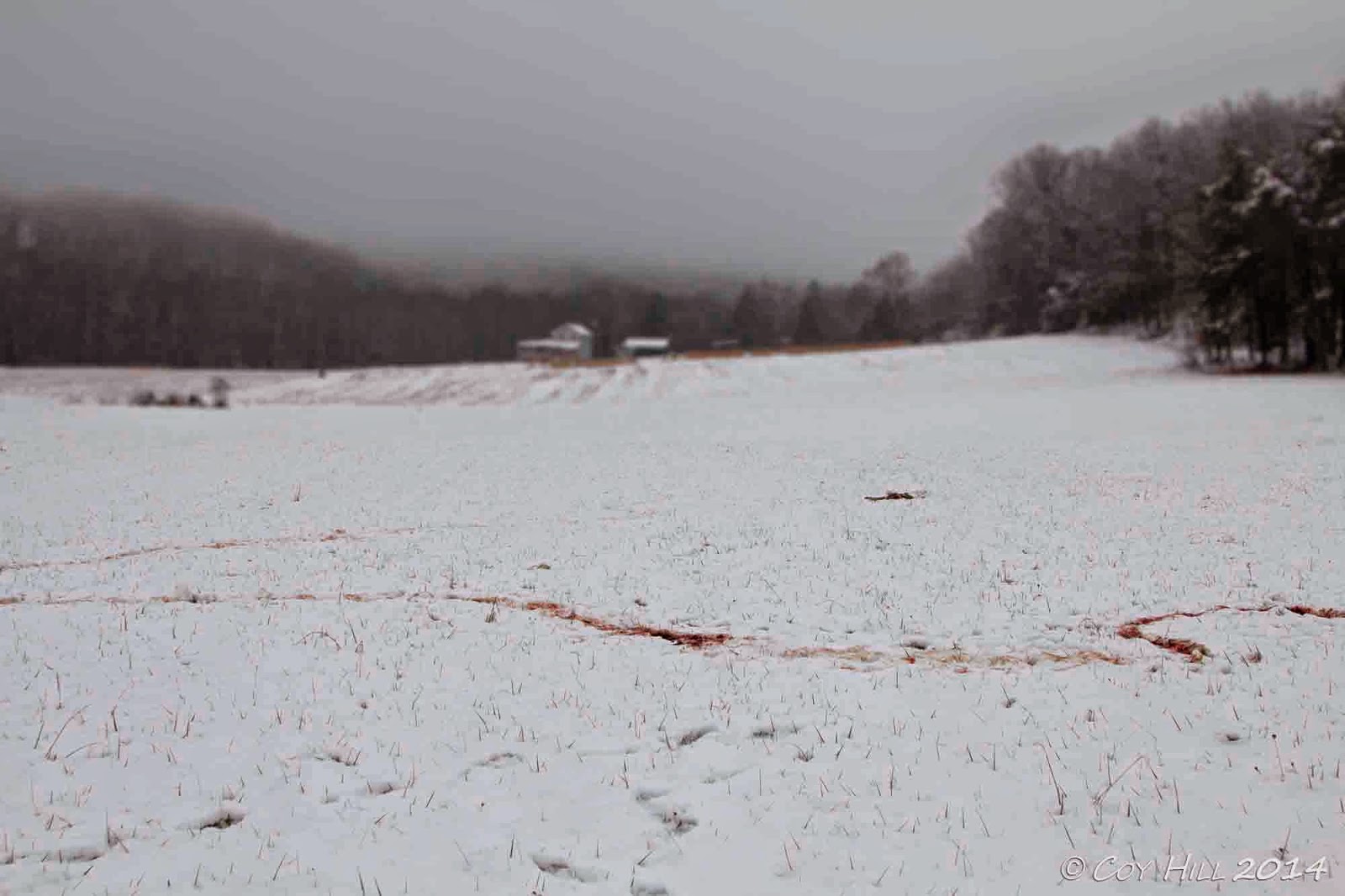 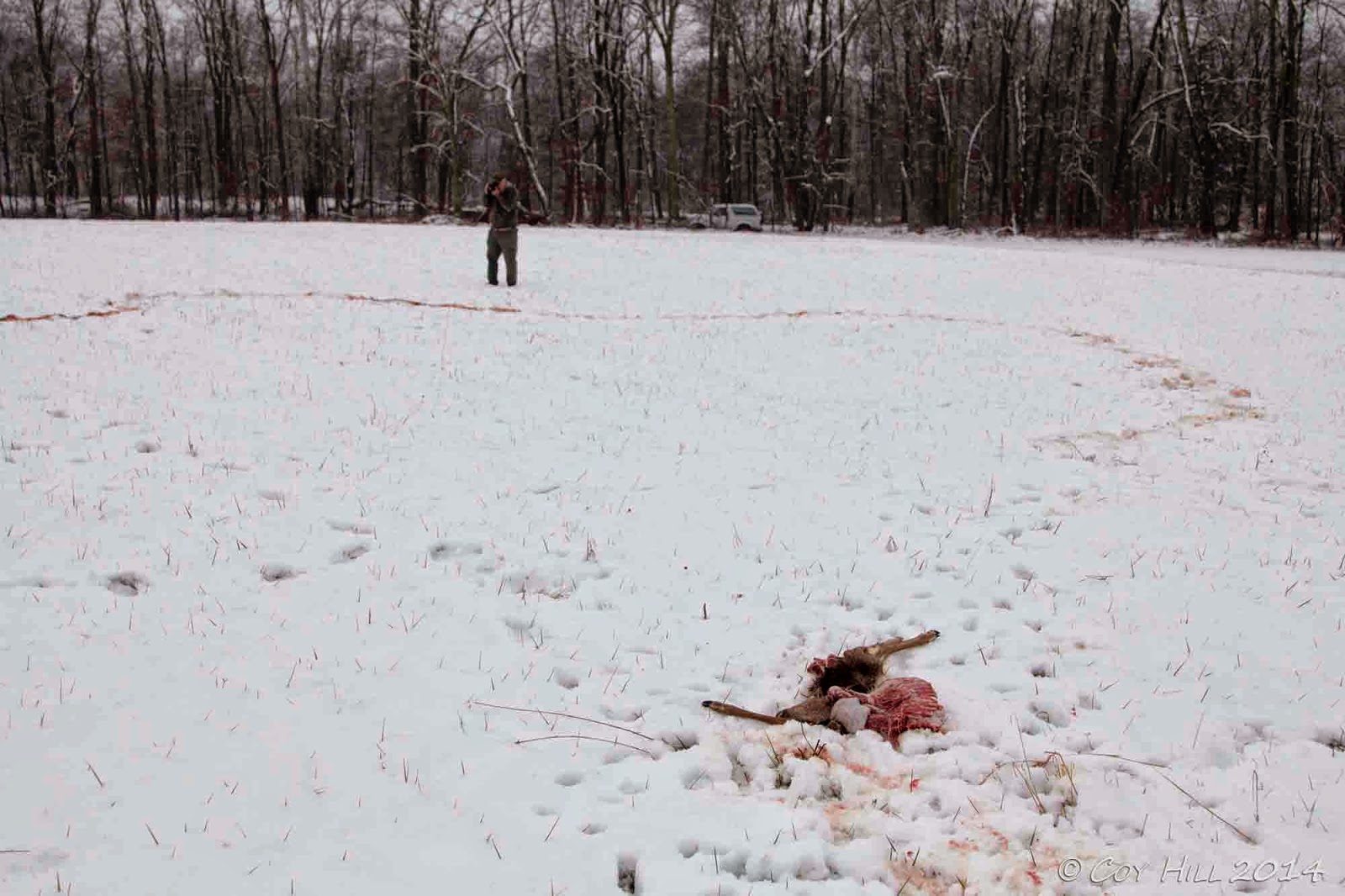 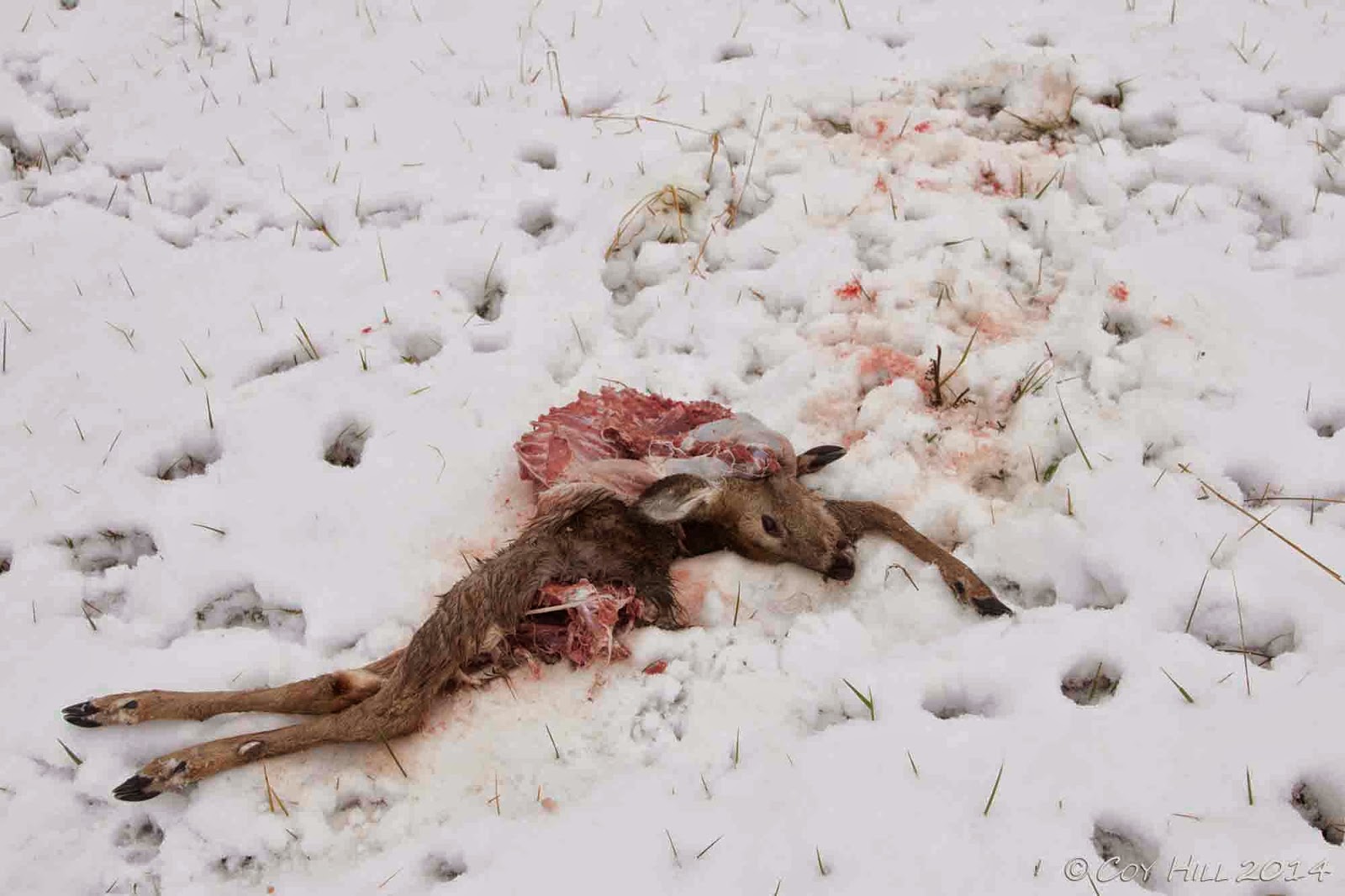 Today the first snow of the season blanketed our area.  While areas to our north have been inundated with unusually heavy lake effect snow in the past weeks, Fulton County is located too far south to be significantly affected.
When I looked out the door this morning a little before daylight the first big wet flakes were splattering on the deck.  Throughout the morning the huge flakes continued to fall, clinging to everything they touched.  By late morning the electricity was flickering frequently and the power lines stretched under the weight of the soggy, sticky, snow and only spending a few minutes outdoors unprotected was sufficient to soak your clothes completely through. 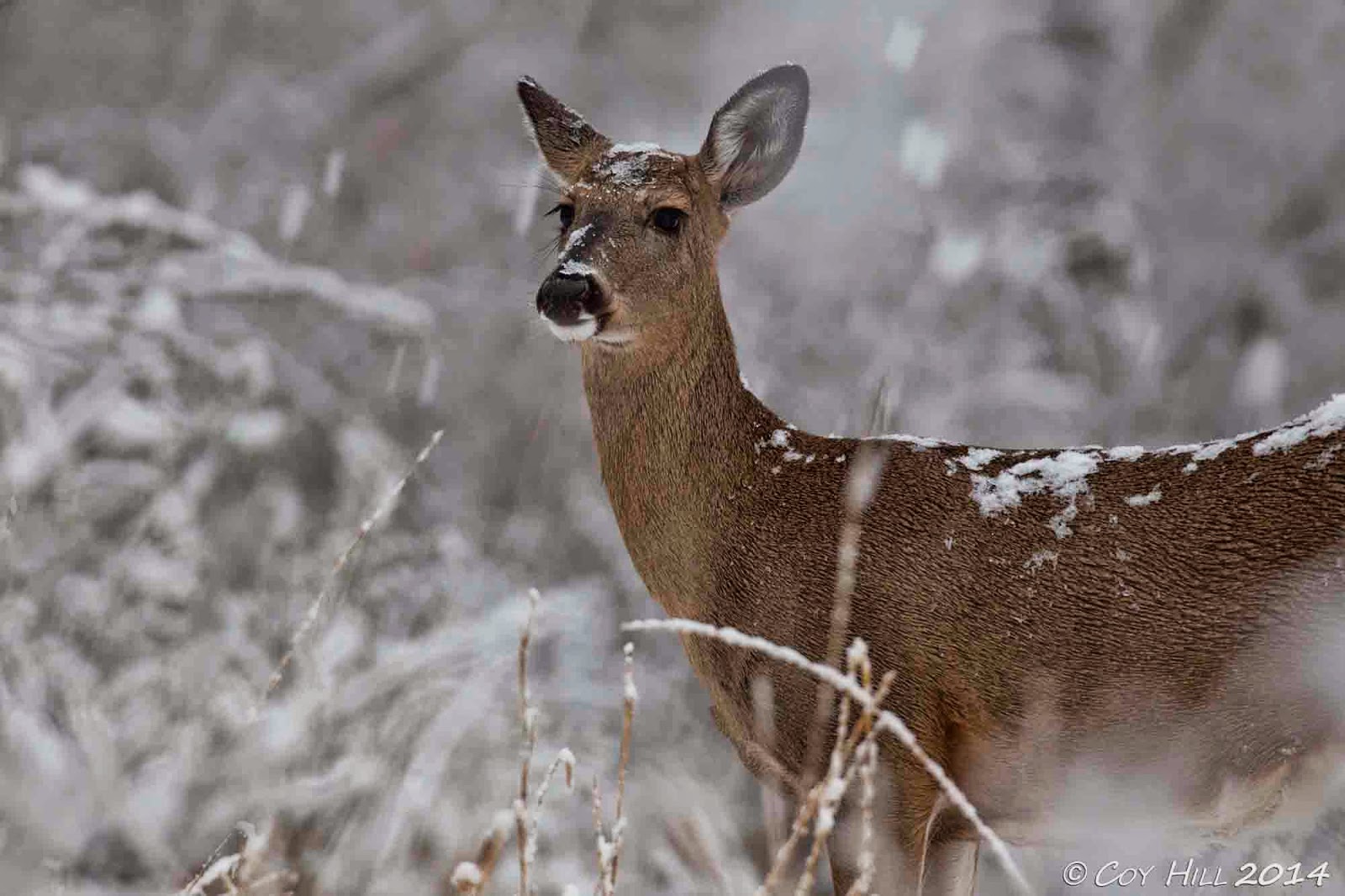 Though I was unsuccessful locating any rutting bucks, at least this doe posed nicely for her portrait. 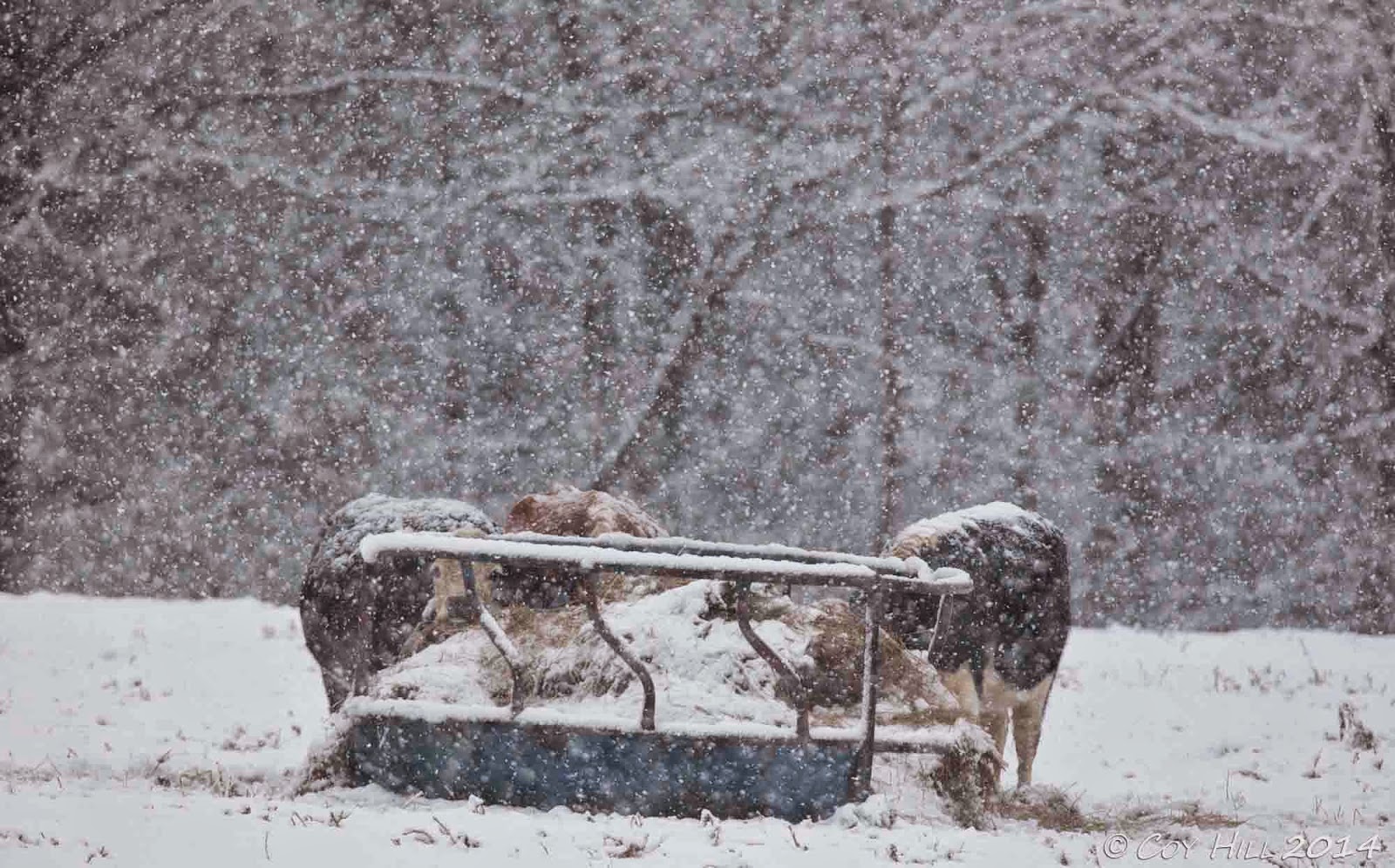 The cows gathered at the hay feeder do not seem to mind the snow building up on their backs. 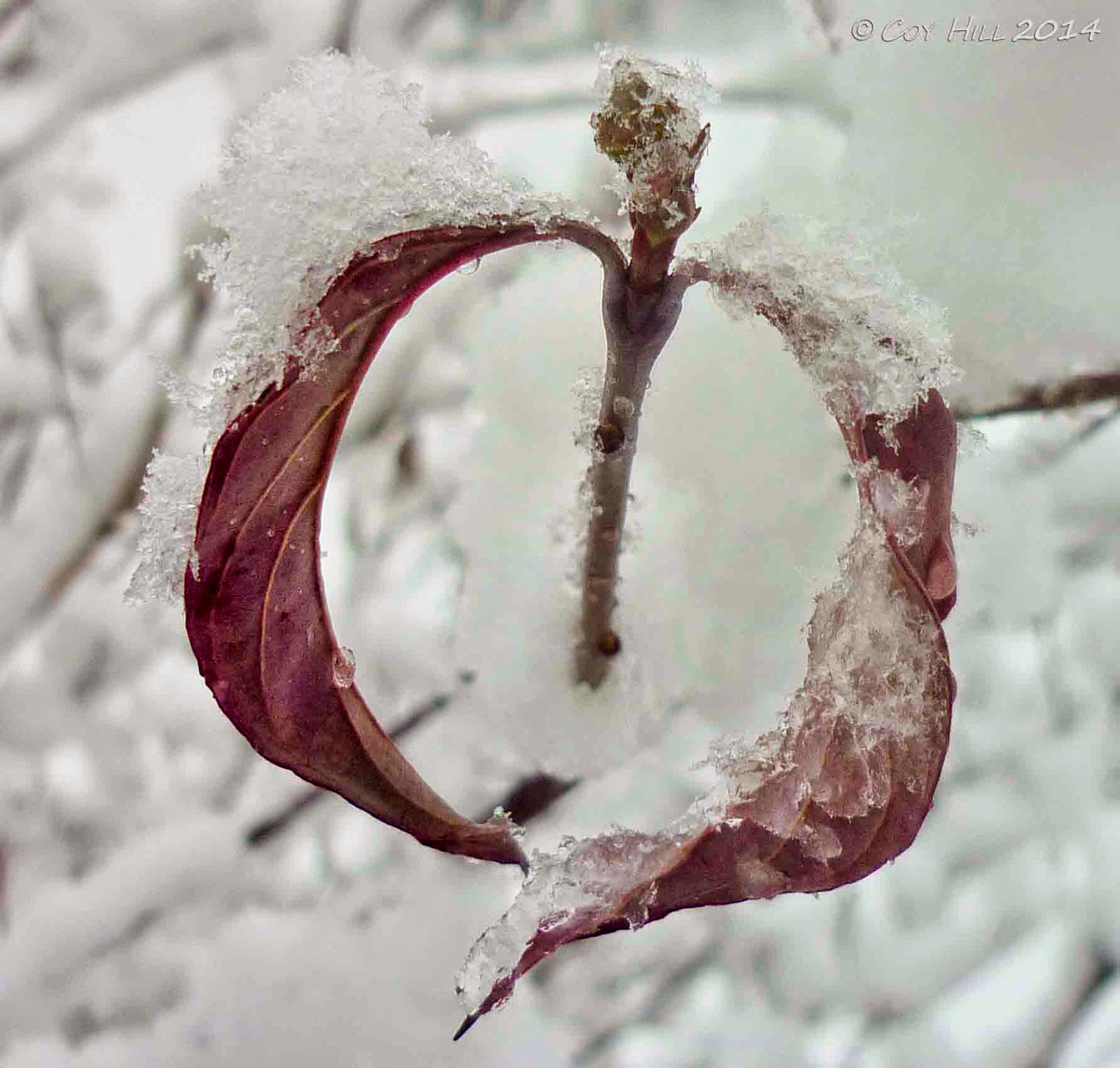 And a pair of snow covered leaves still clinging to a dogwood tree makes an interesting composition.

Email ThisBlogThis!Share to TwitterShare to FacebookShare to Pinterest
Labels: snow 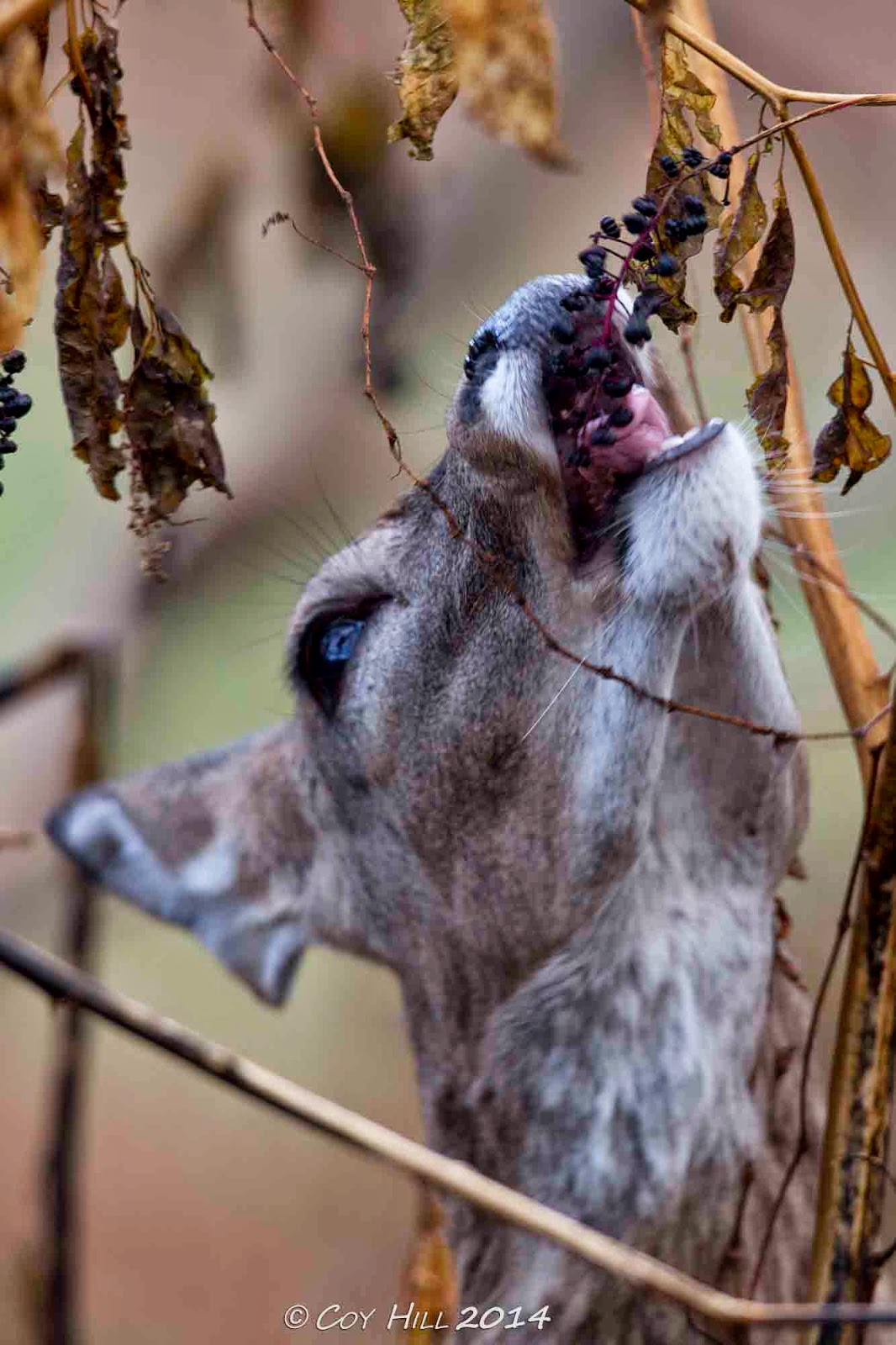 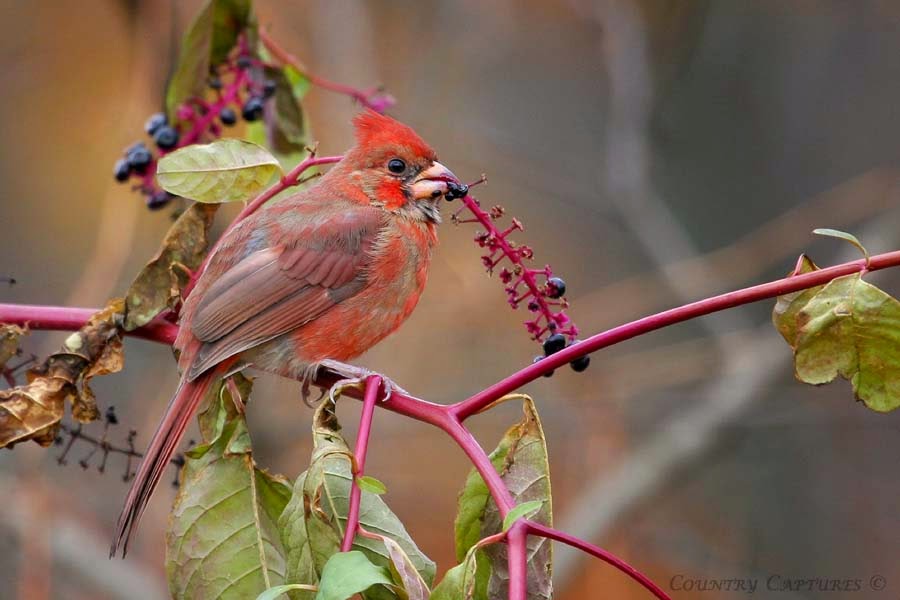 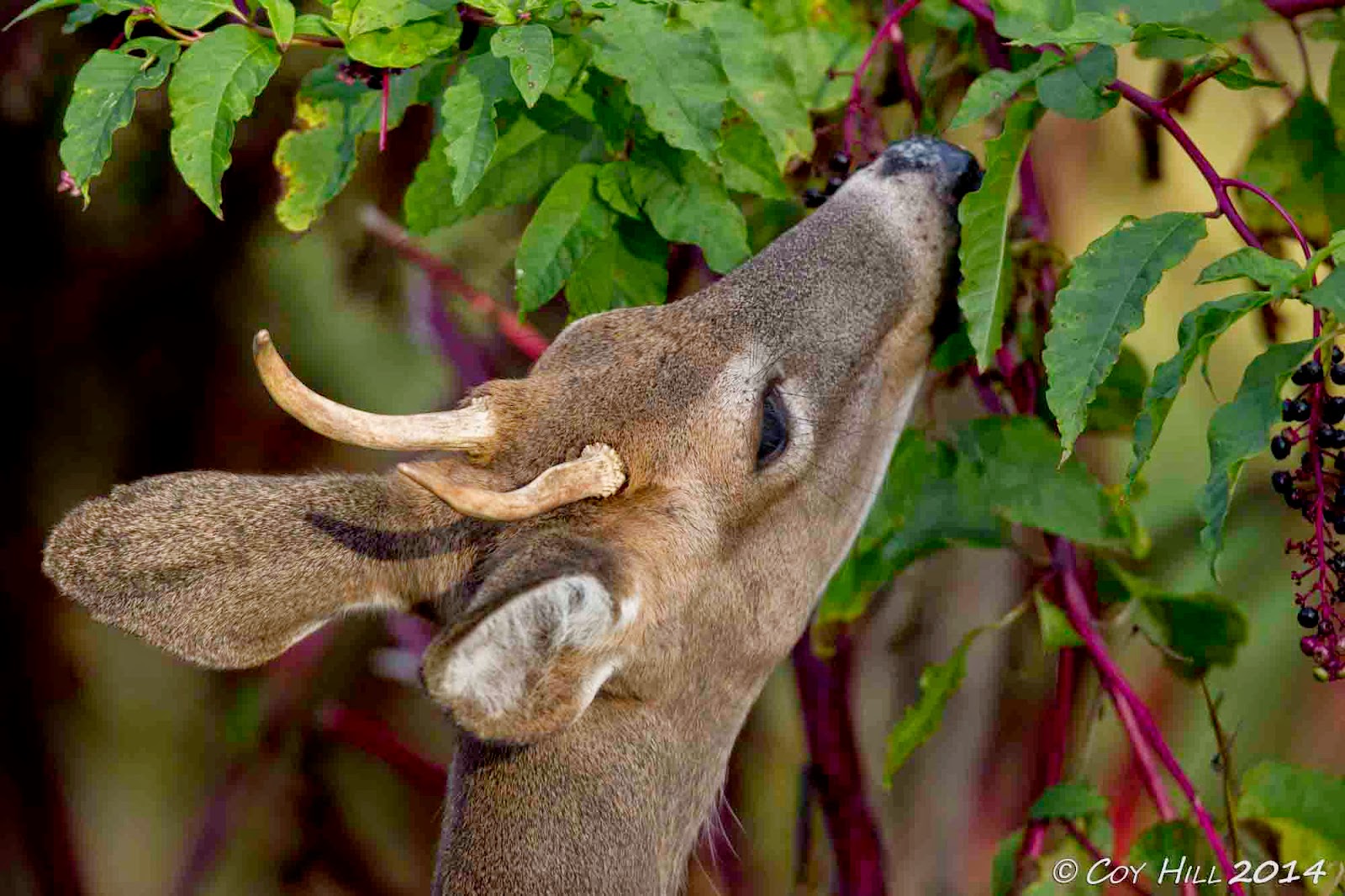 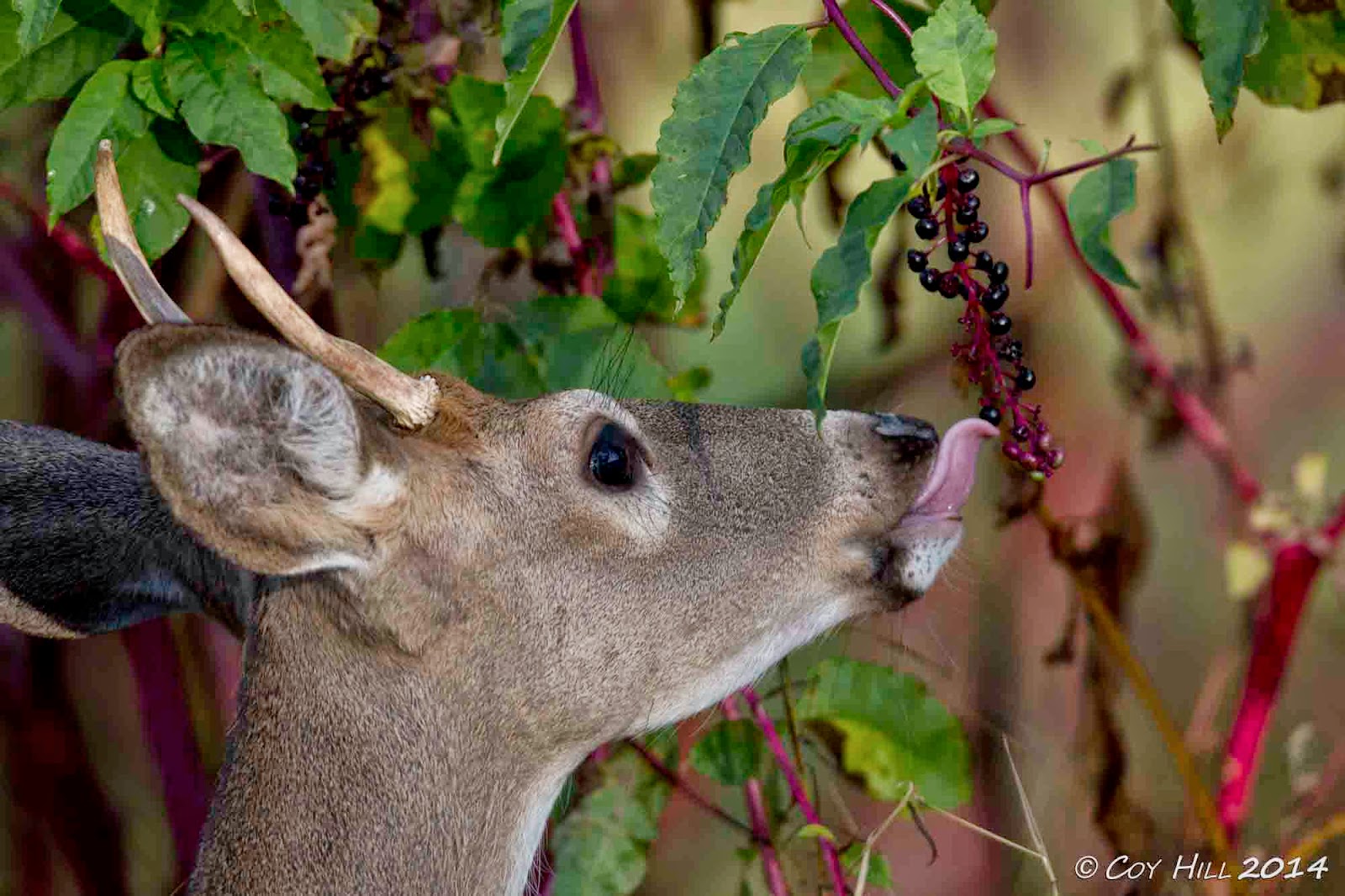 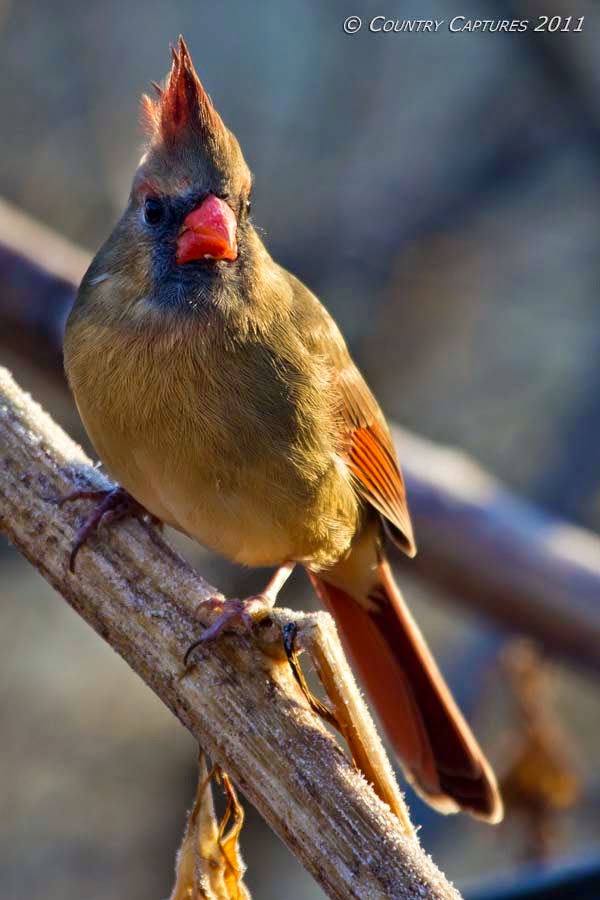 Images from the Rut

With the whitetail rut in full swing I took off work this week.  Each morning and evening was spent watching for bucks and while I was not able to put any outstanding bucks in front of the camera there was enough activity to make the time enjoyable.
I do miss those days of photographing the huge bucks of Shenandoah National Park but sadly those days are over and the deer herd is being "managed" by destroying what was possibly the very best place in the eastern US to photograph large bucks.  Whether one agrees or disagrees with what the National Park Service has done and plans on doing in the future make no difference, the incredible whitetail photograph at SNP is finished.  For a more in-depth look at the SNP situation click here.
Below are a few of the 2014 rut images I have gotten to date.  From chasing to threatening to posing with a freshly broken antler, the bucks of 2014 like there predecessors are busy ensuring the next generation of whitetail fawns. 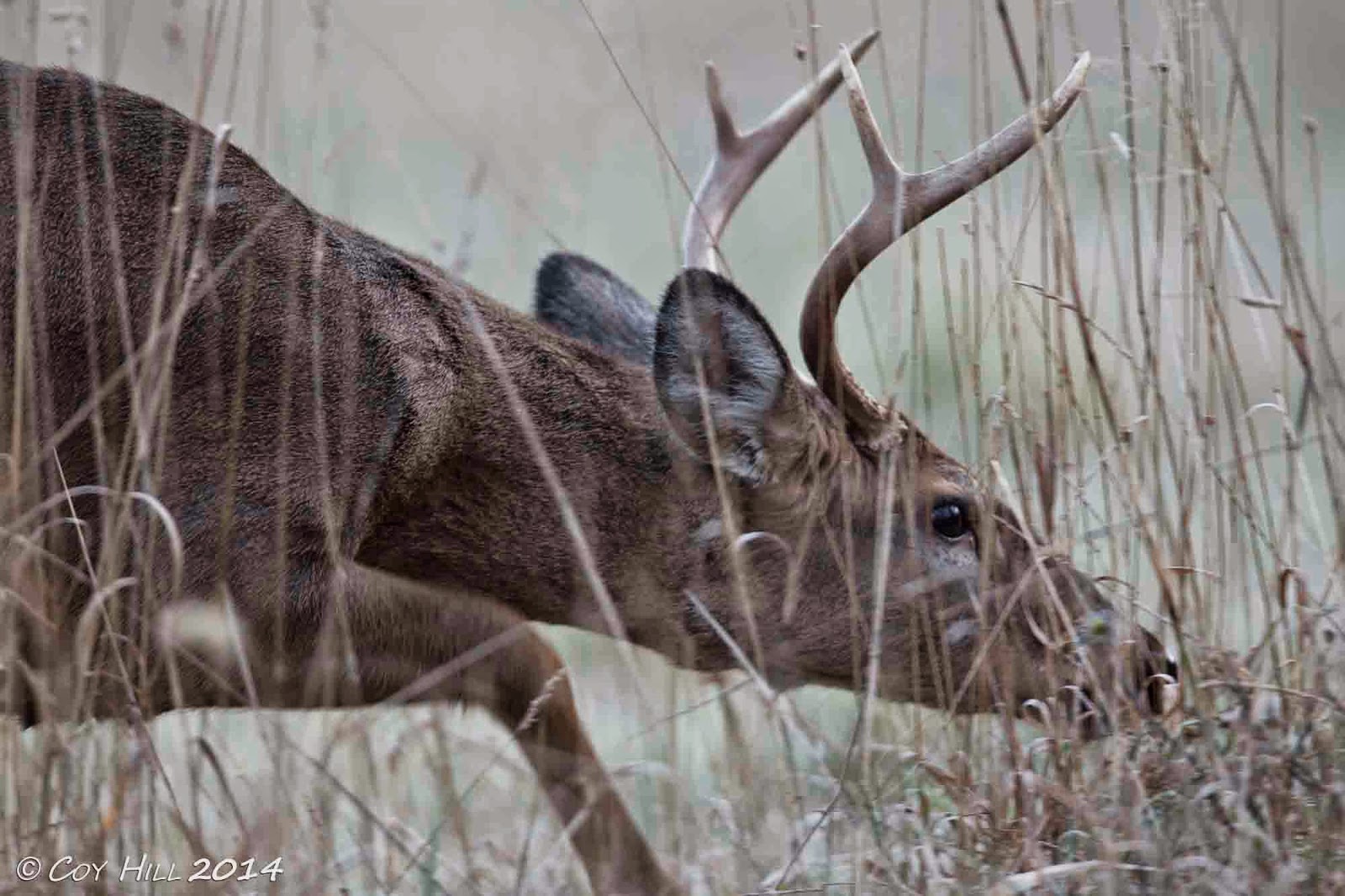 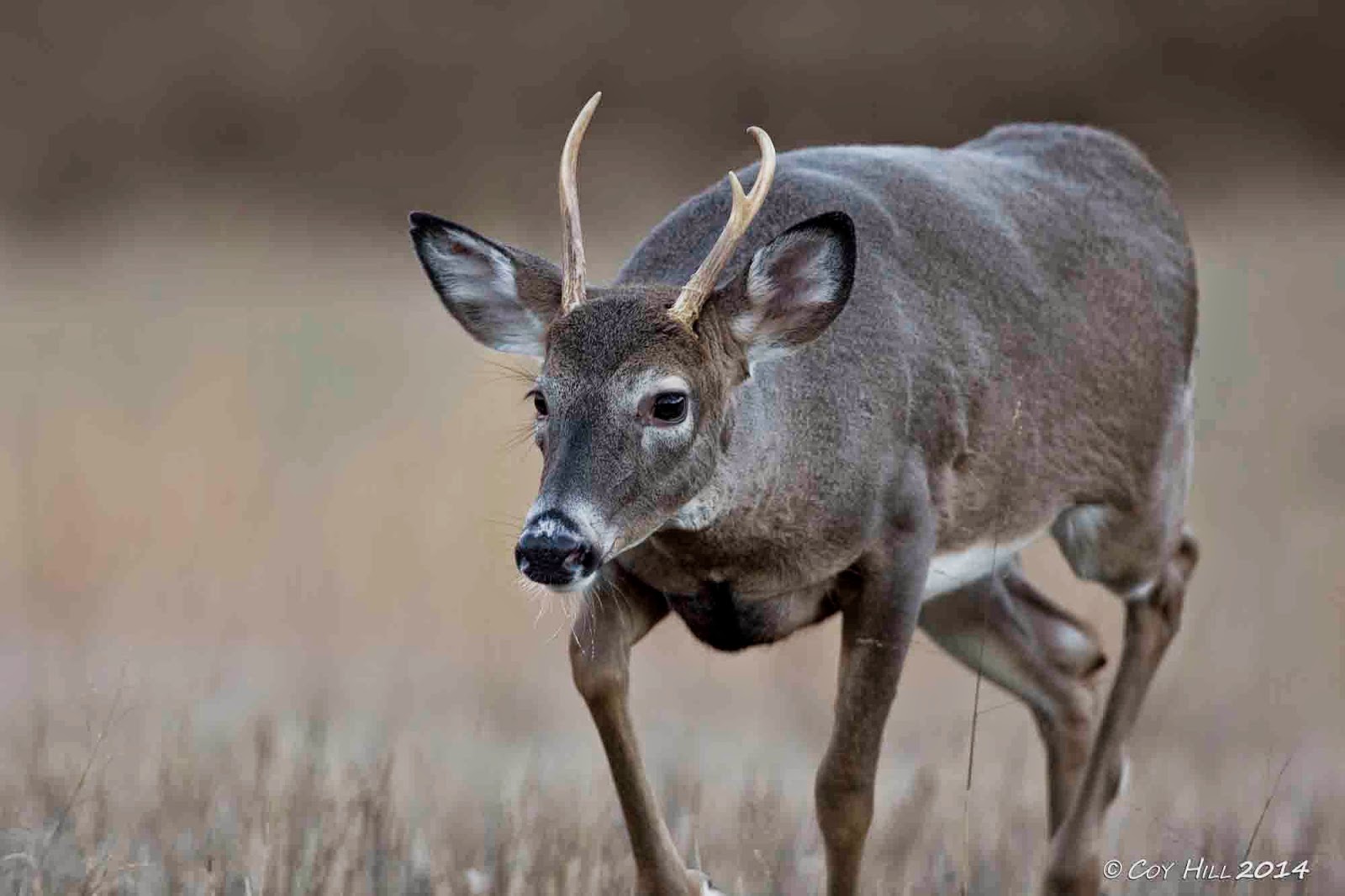 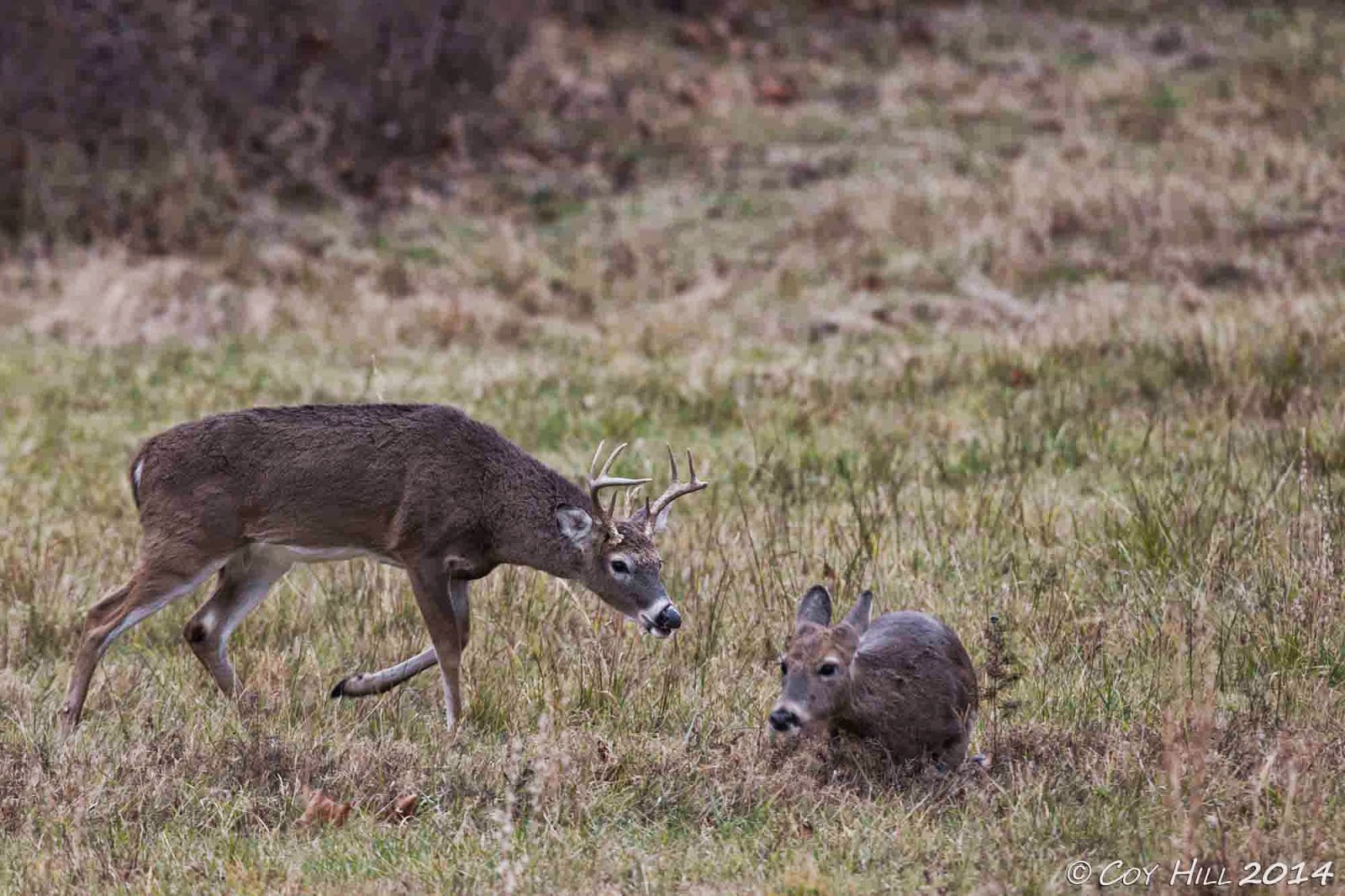 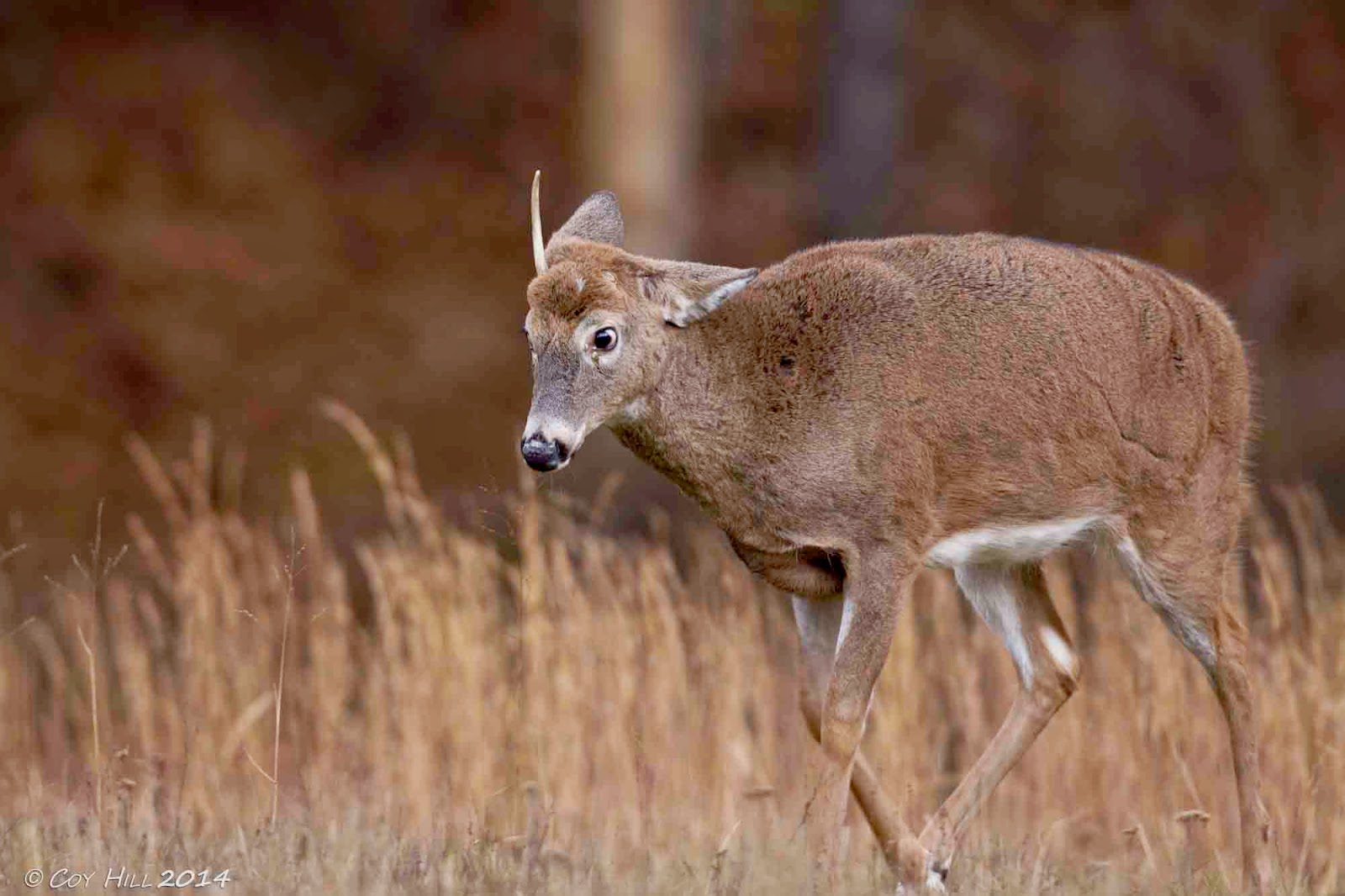 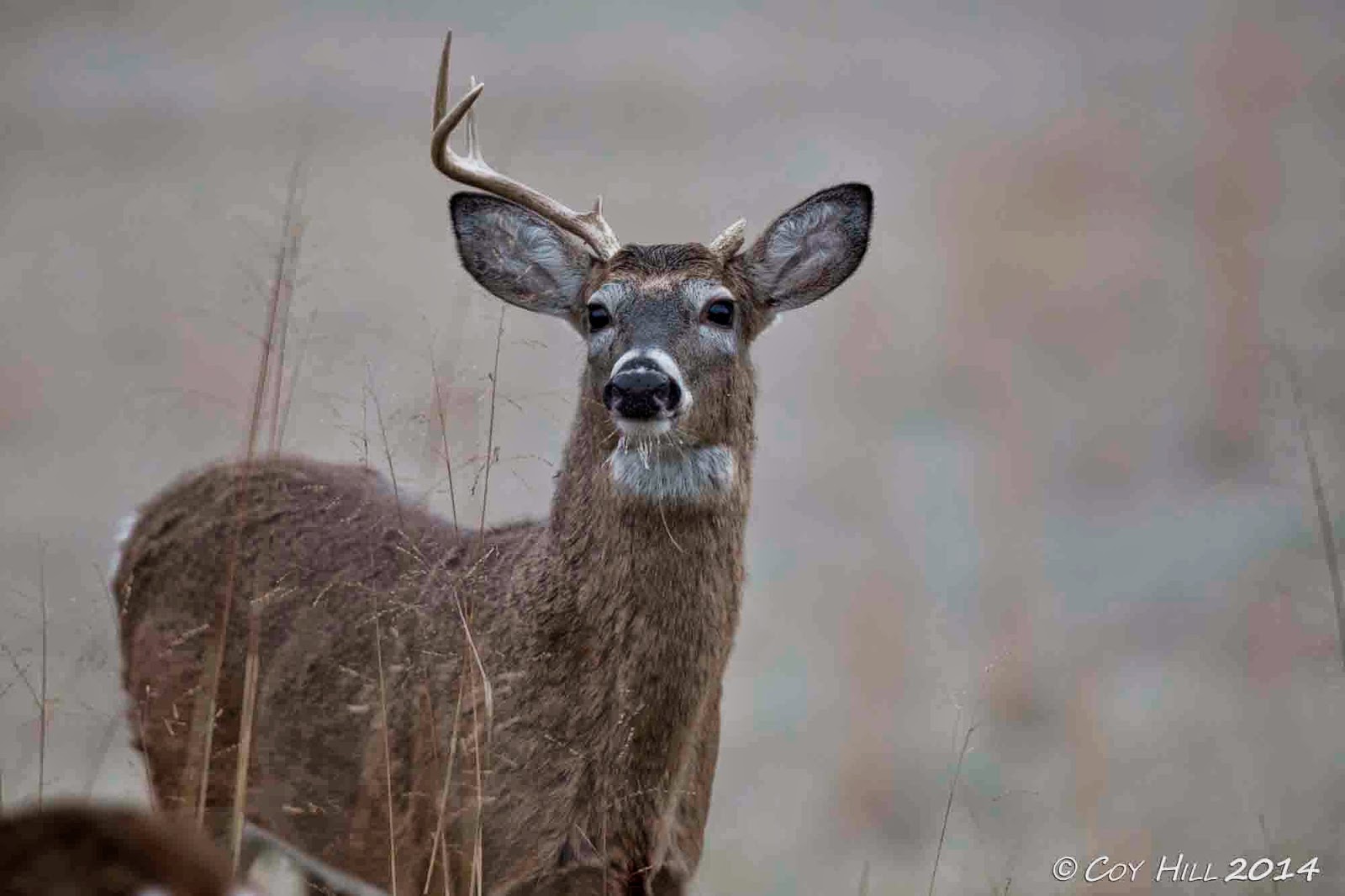