With all of the buzz about the Snow Geese at Middle Creek Wildlife Management Area I had my plans for a visit this past weekend thwarted by the heavy wind and rain but with the beautiful bluebird weather this week has offered, hasty plans were made for a make-up trip. Willard & I hit the road this morning and arrived at Middle Creek as the eastern sky began to lighten. Shortly after our arrival Willard’s daughter Amy (Ash’s Eye) rolled into the parking lot joining up with us for the mornings shoot. 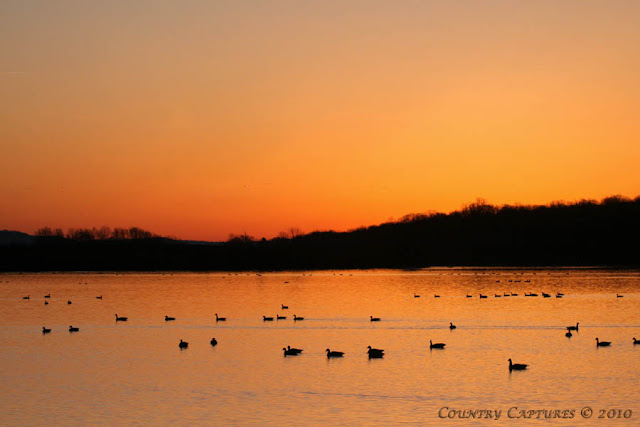 Our first stop was as the lake where we could watch the sunrise over the water. The beautiful orange color of the dawn reflected on the water was accented by the silhouette's of Canada geese. 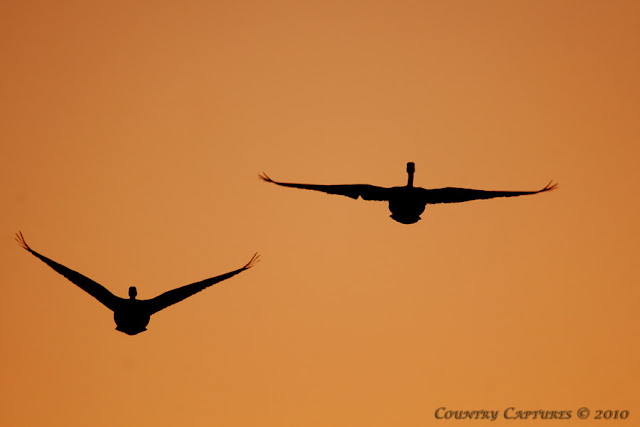 
They day proved to be quite fruitful with quite a number of different waterfowl species sighted but the biggest disappointment was the number of snow geese present. Whereas just a week ago it was estimated that over 100,000 were present, today the official estimate was only 10,000 as the main migration moved on at the beginning of this week.
Posted by Coy Hill at 3/18/2010 09:00:00 PM

Wow these are beautiful.A different perspective but equally as lovely as any other.
Blessings,Ruth

Beautiful captures! I LOVE your new blog look too!!

These shots are just amazing, and so beautiful. Sunrise and Sunset lighting is so rich and gorgeous. Wonderful! I'm never disappointed when I visit your blog. Thank you!

Absolutely stunning photos.
They're a real pleasure to see.

Its so neat to see how people can be in the same place, not three feet away from each other half the time, and come away with completely different shots. Yours are beautiful!

Superb shots Coy... I've just stopped by after visiting Willards.. and mentioned that I would have loved to have been there with you all..
That last shot reminds me of a photo that shows up in emails of 3 birds flying off in the distance and their wings form a smile.