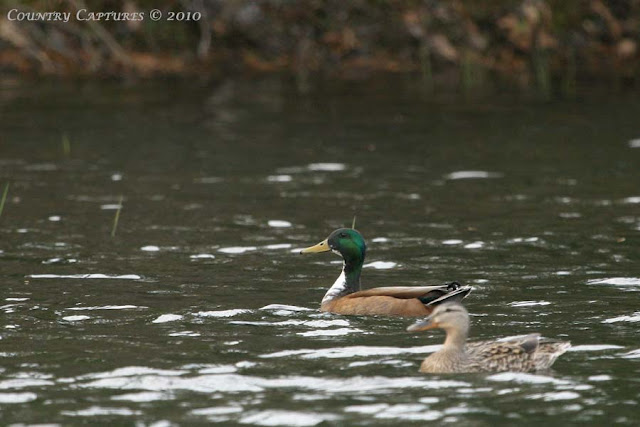 Last weekend I encountered an unusually marked mallard drake on our local lake. When I first observed him at a distance I was unsure of what I had spotted but upon closing the distance I was able to identify him as a mallard cross.
As this guy is not your trusting park duck he took flight before I was able to approach him to within camera range.

This afternoon fortune favored me. Arriving at the lake about 3pm amid very windy conditions I had only been out for about 45 minutes when an approaching thunder shower forced me to make a run for the dock and take cover. The wind was very violent but the storm passed quickly. As the sun began peaking through the clouds the wind lay and a beautiful calm fell across the water. Crossing the lake I soon spotted the unusual mallard and this time he was not alone. 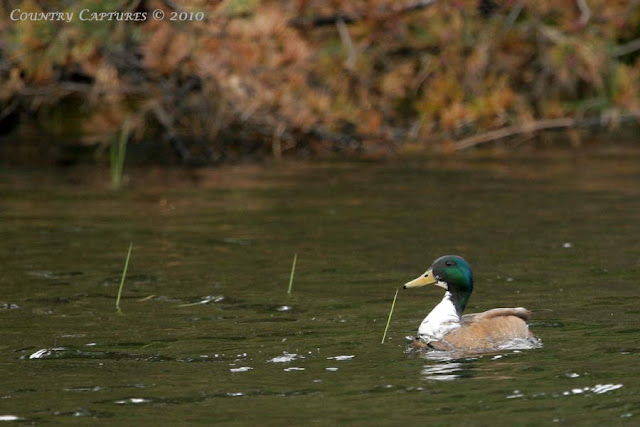 As I approached the pair with the boat they at first attempted to out-swim me. Drawing ever closer I was able to capture this frontal view. 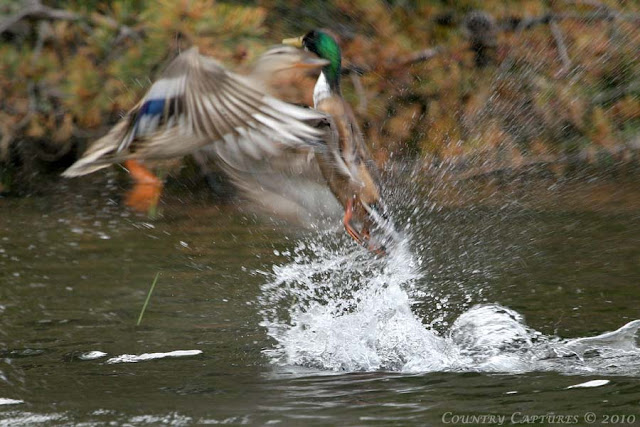 Approaching the ducks a little too close resulted in an explosion of wings and water as the pair took to the air simultaneously in opposite directions.

After about an hour as another thunder shower bore down on me I decided to call it a day and finished strapping the boat down as the wind whipped rain cooled my fervor for any more outdoor photographic adventures today.
Posted by Coy Hill at 4/16/2010 08:53:00 PM

Do you care to take a guess as to the other type of duck is involved in its "cross?" I found some wood ducks in another blog thanks to Dave in Anchorage. Take a look.

That is interesting - Indeed strange markings and coloring for a Mallard.

I would guess that this bird is a cross between a wild mallard and a domestic duck. Nearly all domestic breeds with the exception of the muscovy were derived from wild mallards.

He took the advice "dare to be different" literally. ;-)

Hi Coy. Definitely a wild x domestic Mallard. We see plenty over here. There are some good examples on 10000birds.com by searching 'manky-mallards'. Cheers FAB.