Shakedown on the Chesapeake 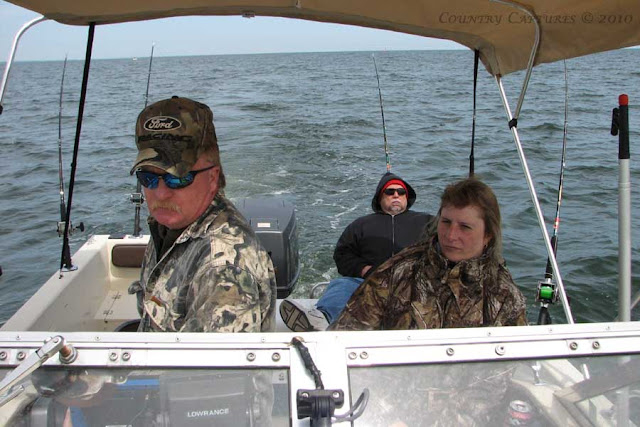 My friends Paul & Sindy recently acquired a fine old Grady White 20ft Walkaround and invited me to a day on the Chesapeake Bay to give her a shakedown cruise and troll for spring trophy striped bass. We were planning on going this past Saturday but the winds forecast for the weekend forced us to postpone our trip until Tuesday.
Arriving at the marina before dawn we were preparing to launch when we noticed that the GPS would not retain a satellite fix. As we are very familiar with navigating this section of the Chesapeake we did not consider this a major problem.

Once we were a mile or so out of the inlet I checked the sonar to determine when we reached sufficient depth to put out the trolling lines only to find that the unit was not displaying bottom. Checking it out we found the transducer attached to the boat’s transom was broken. So there we were, out on the Chesapeake with a fine running boat, rods, lures and no electronics; time to fish the old fashioned way! 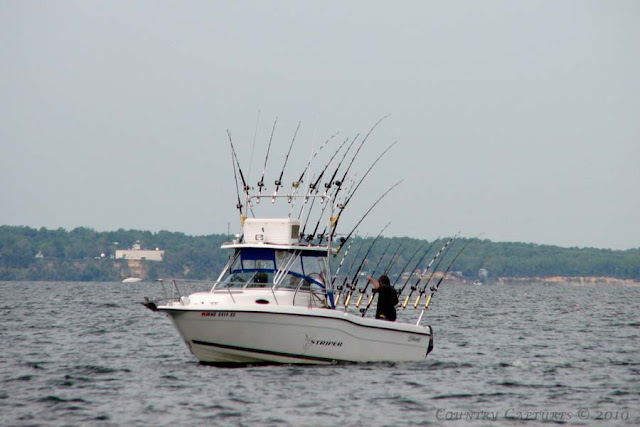 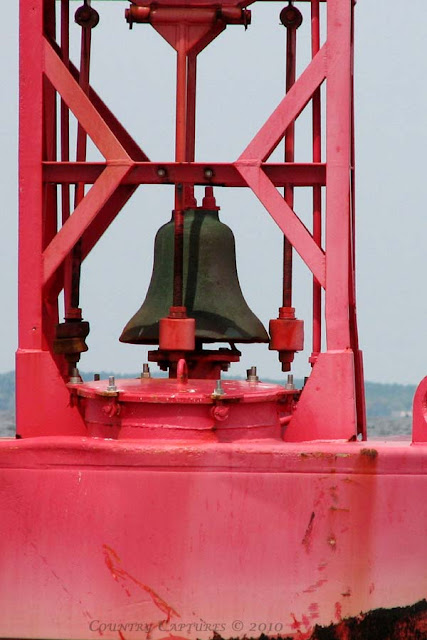 Passing bell buoy 80 I took the opportunity to click this picture showing the bell that is rang by the rocking of the waves.
After 7 hours of trolling without as much as one strike we pulled the lines in and began the long trip back home. During our time out we did not see anyone catch a fish although we did encounter a couple of successful fishermen upon our return to the marina.

When you say "striper" are you referring to striped bass? If so, did you ever see the photo of the one I caught out of a small local reservoir in Ohio?
http://www.mistysmusings.com/2009/01/fish-mud-high-heels.html

Yup Misty, that is what I'm talking about and that sure is a nice one you have there!

I'll bet you really enjoyed the day, catch or not.

That boat is too funny with all the fishing rods.