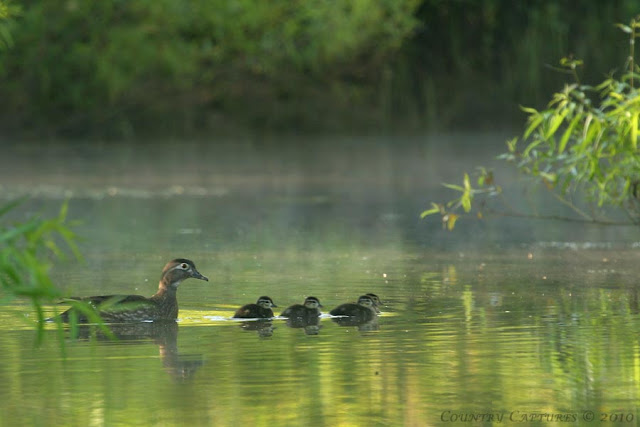 As I stated on Monday's post, although the muskrat gave me the best image of the day, that encounter was only the beginning of a very productive morning.  I was pleasantly surprised when I observed this Wood Duck hen with her small brood.  I was to find a moment later that there were at least two hens with very young broods.  I assume that their earlier nesting had been unsuccessful and these tiny ducklings were the result of their second nesting attempts. 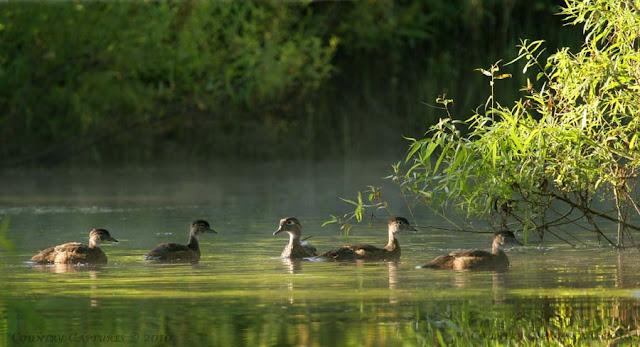 Soon after observing the small ducklings this Wood Duck hen with much larger immatures swam into view at the same spot.  The sharp eyed hen caught me moving the camera into position and hurried her growing family out of my view. 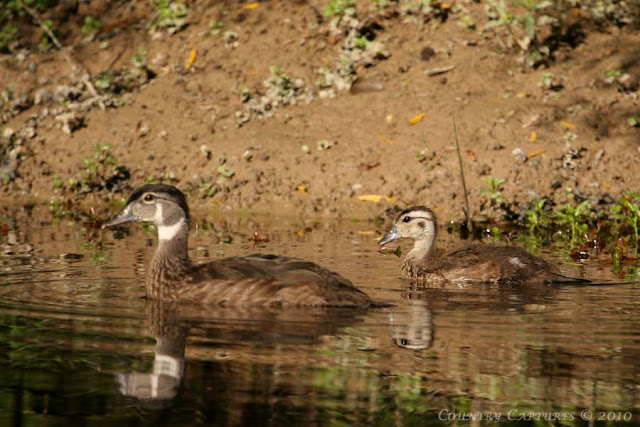 After relocating to another part of the wetlands an immature Wood Duck male followed by an intermediate size duckling swam past my observation point.  The various stages of wood duck development captured in this series illustrates that this year's hatch was spread out over a number of weeks. 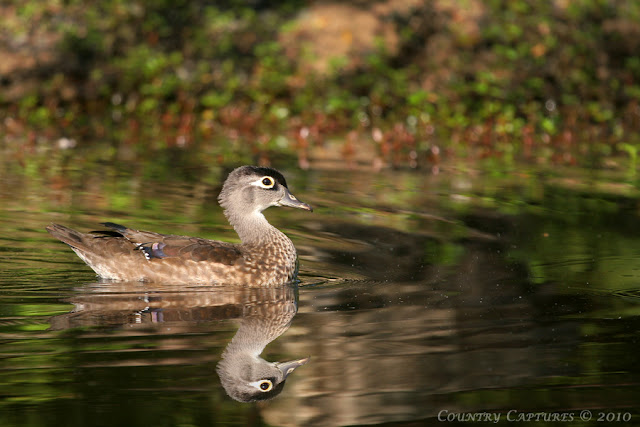 Moments after photographing the previous pair a worried hen swam circles between me and the immatures while they made their escape.  As soon as they were safely out of sight she disappeared into the vegetation surrounding the wetland pool.  With the natural lighting being nearly perfect she gave me an excellent series of images as she placed herself between the perceived danger and her young.

Great captures! I have never been able to capture a wood duck as they are the most skittish duck I have seen. Nicely done!

Love the last shot with the reflection ... but loved them all. Mother Nature at her best when the babes are out and about! Fun! Beautiful shots. Thank you!

These ducks are magnificent, so lovely family, the first shot is wonderful!
I'm enchanted by the beautiful reflections in this set of pictures, fabulous work!
Well done!
purrs and love
Luna - We love Luna

Beautiful early morning shots. I love the mist rising off the lake behind the ducks. Just lovely!

Hope you can drop by to see my Camera Critters, have a happy weekend.

Wow, yes the muskrat was just one of the encounter of the day and what a productive day you got. These shots are simply splendid and perfect Coy. The colors of the water, the reflection, the presence of this family, everything perfect!!!

Some magical shots there.

Lovely! The first and last are particularly appealing.

Beautiful photos, Coy! Love the reflection in the water. Also love your header photo. That is so precious how the mama is looking back at the baby. Wonderful!

Ah, what beautiful shots and the reflections are spectacular.

Terrific shots. The lighting was just right, and I really like the last shot a lot.

Oh the last capture is just amazing what a reflection!