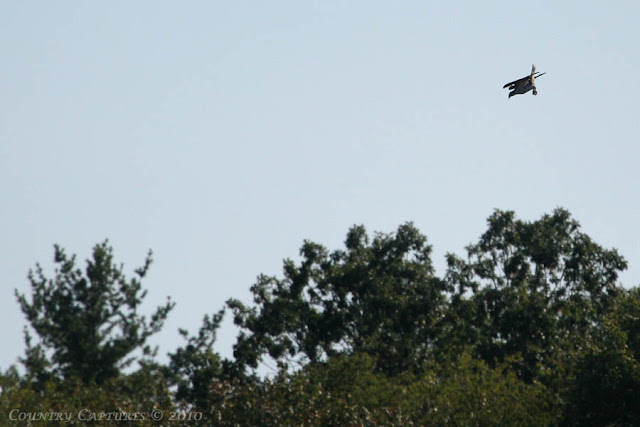 While fishing a local lake during the recent holiday weekend I noticed an osprey hunting some distance away.  I readied the camera just in case something interesting happened.  No sooner was I ready than the osprey began its stoop plunging into the water below. 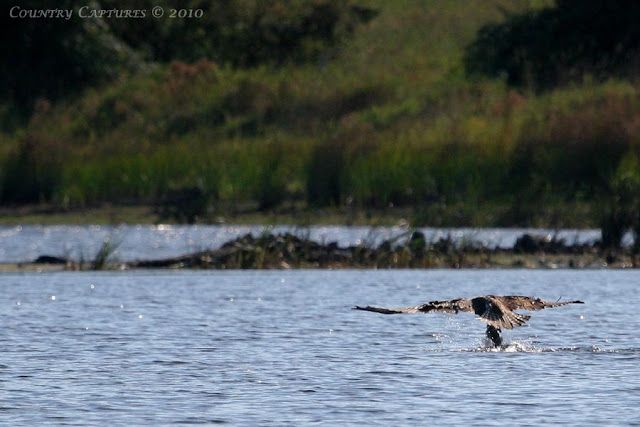 After diving completely under water the osprey surfaced and with great difficulty tried to lift its catch into the air.  The osprey continued to struggle, trying to take flight with its catch clutched in its talons, for over two minutes. 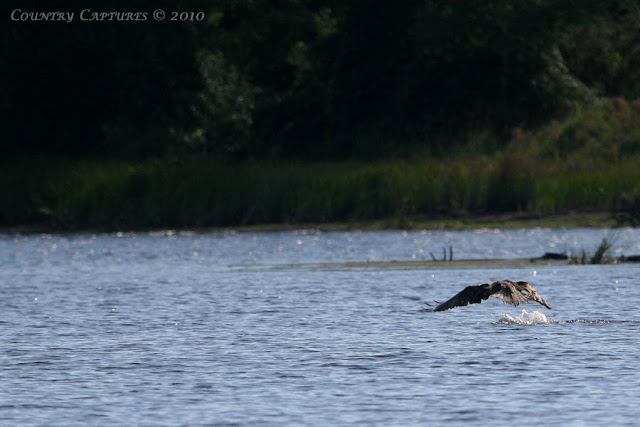 Finally it either lost its grip or decided the fish was too large to handle and flew back into the sky resuming the hunt.
Quality is less than my normal standard as these images shot with a Canon 100-400mm lens are severely cropped because of the distance involved.
Posted by Coy Hill at 9/08/2010 09:01:00 PM

I would love to catch some action like that! The closest would probably be Ft. Peck Lake, but we don't get over there very often. Nicely done!

Excellent shots. We have osprey flying over our house all the time, but finding them hunting isn't easy.