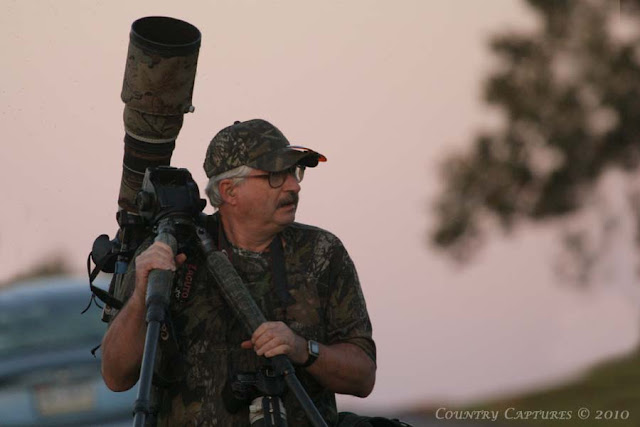 Willard moving in on a SNP buck
As summer draws to a close my thoughts return to the amazing whitetails of Shenandoah National Park.
The protection afforded by the park allows the whitetails to grow to maturity and their acclimation to human presence allows photographers a glimpse into their natural world as the deer go about their daily routines.

Willard and I arrived at Big Meadows minutes before the sun crested the horizon. With a hot day in the offing the deer were already beginning to leave the meadow moving toward the cooler shade of the trees. 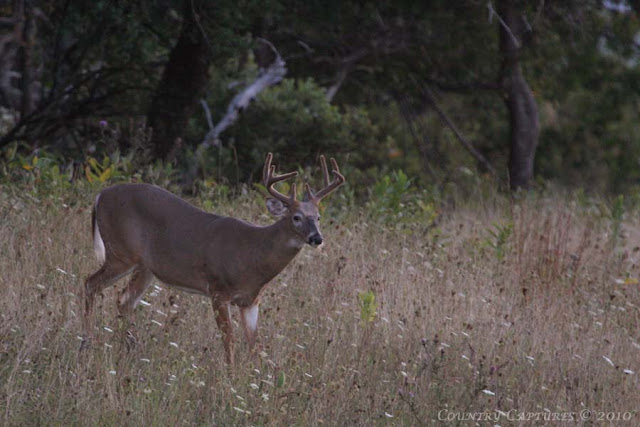 The first buck we sighted paused along the wood line 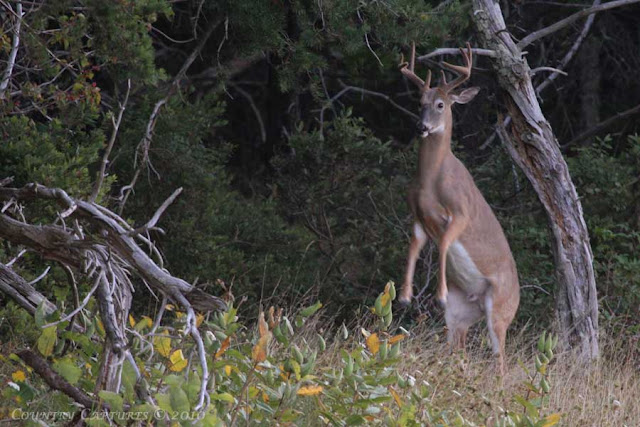 In a display of exuberance perhaps brought on by the hormonal changes with the change of the seasons the buck treated us to an unusual photo opportunity. 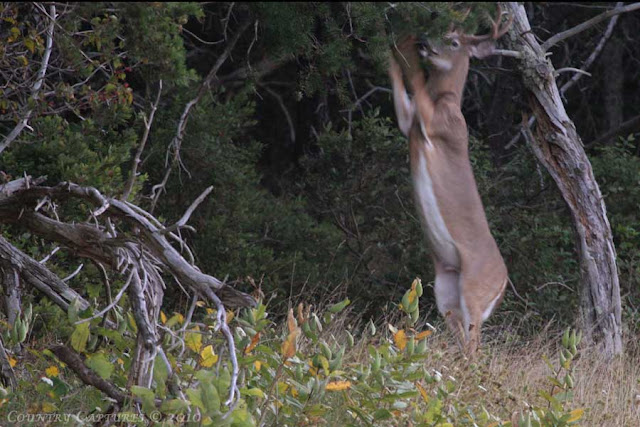 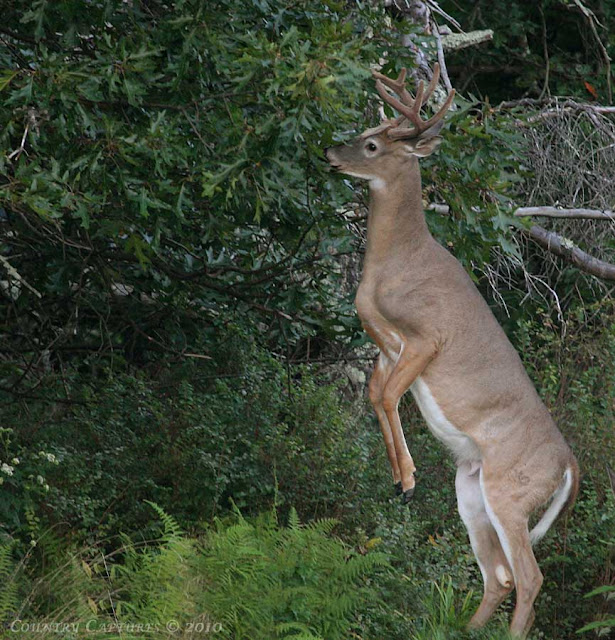 A little later we again encountered the same buck as he fed on acorns still atached to the overhanging oak branches.
This was the first buck encounter of the morning but not the last.......
More to come in future post.
As light levels were still low all images in this post were shot at ISO 1000 with a Canon 30D.
Posted by Coy Hill at 9/03/2010 11:03:00 AM

Great shots of that buck! Looks like he's marking his territory. We see that quite often where they thrash up a tree bough to say to the other bucks, stay away... these does are mine. It won't be long and all the velvet will be rubbed off the horns.

That final entry is absolutely over the top, what an excellent image. Wow to be so close! Awesome!

Just a terrific series! That last one is my favorite.Can't wait to see more.

Your whole site is wonderful... these are just another great series of photos!

I don't have any photos to share this week, but for the animal lovers there is this: 4-legged Tee Giveaway! PLUS The A to Z of Animal Tees

Oh my gosh!!! How cool is that?!?! What a fantastic opportunity and experience.

Enjoyed these - they made me chuckle.