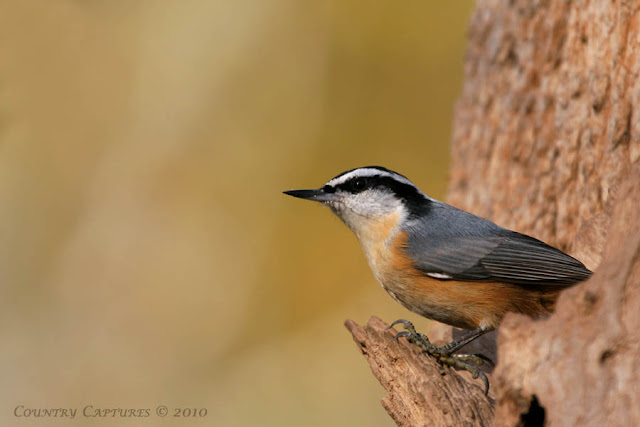 Red-breasted Nuthatch
After years if photographing White-breasted Nuthatches at the feeders I was surprised Sunday morning when a male Red-breasted came running down the tree.  I have seen the Red-breasted nuthatches occasionally in our area but they have been few and far between and never before has one appeared at our naturalized bird feeders nor had I ever had the opportunity to photograph one.
Compared to the White-breasted the RB is a much smaller bird and its movements were more rapid.  On another note, although it was the first time observing this bird it was quite comfortable with me and the camera following its movements from 10-15 feet away. 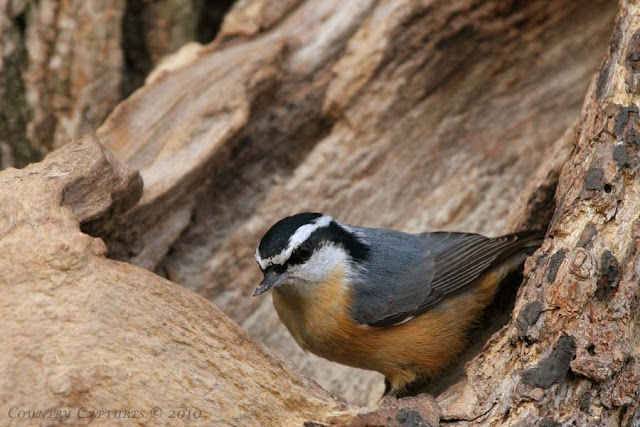 The last shot is a masterpiece Coy! Wow one like I would like to get it... Well done my friend!

I love these little ones, beautiful~

Oh how beautiful!!! It's always exciting to capture a new species! I'm excited for you.

I have only seen one of these at my feeders and that was on Christmas Day last year.
You captured him WONDERFULLY!