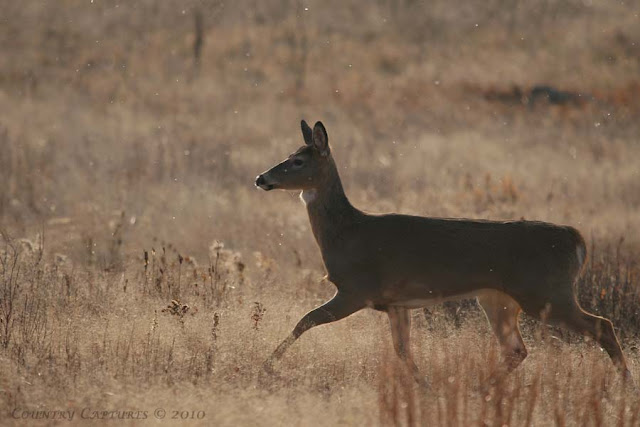 Continuing our annual autumn ritual Willard & I once again set out for a morning whitetail rut shoot in Shenandoah National Park.  When the alarm rang this morning is did not seem as bad as most trips for daylight savings time was still in effect, allowing us an extra hour of sleep.
Arriving at Big Meadows as the first dim rays of dawn began to brighten the eastern sky my anticipation of the day's rutting action was heightened when a nice 15"-16" six point walked through the parking lot at the visitors center.  The first hour of daylight however was somewhat disapointing for we had beautiful light but could not locate any good bucks.
With snow flurries drifting through the air I took advantage of a nearby herd of does who when pressed by a photographer, aparently unfamiliar with photographing wildlife, caused them to leave the meadow. 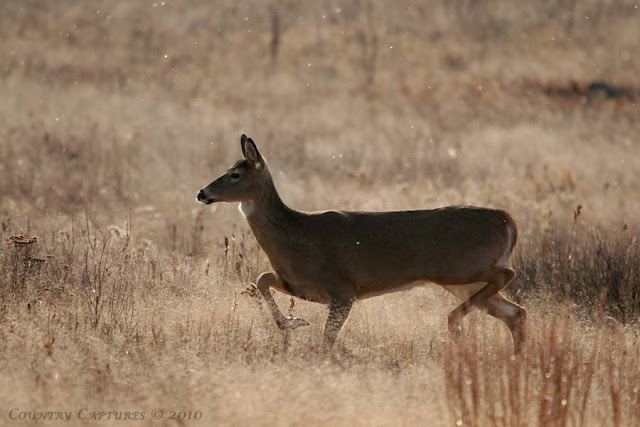 The new Kirk King Cobra gimbal head allowed me to follow the action as this doe burst into a trot. 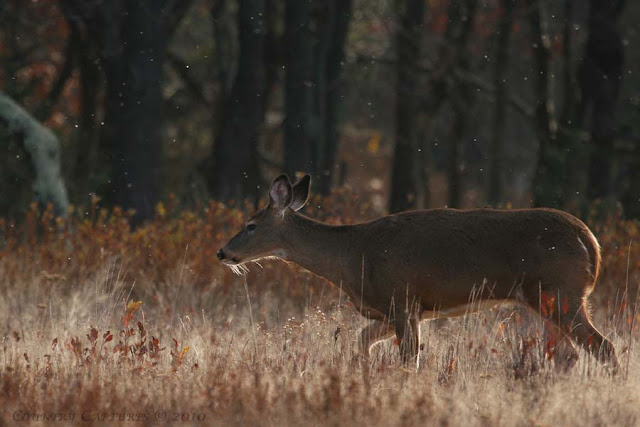 Slowing down as she neared the woodline the backlighting illuminated her frosty whiskers.
After getting off to a slow start the morning's photo outing would soon improve but that will have to wait until another post.
For more Critters of all Kinds
Visit Misty's
Camera Critters Blog
Posted by Coy Hill at 11/06/2010 05:10:00 PM

Nice images. Really like that last one with the frosty whiskers.

Beautiful photos, the trotting doe is my favourite. I actualy took the snow for some sort of seeds...it's still a lot warmer here and I hope we'll have a while before the first snow.

So beautiful and I love the story to go with it too :)

Beautiful shots, I especially love the last one.