In Memory of Kisser, a Trusting Trophy 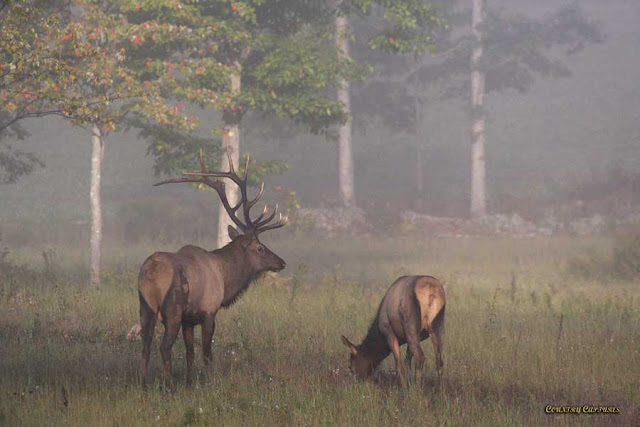 I first met Kisser during the 2007 rut 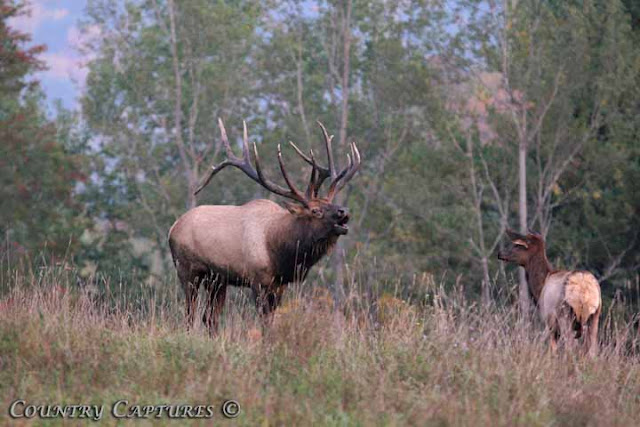 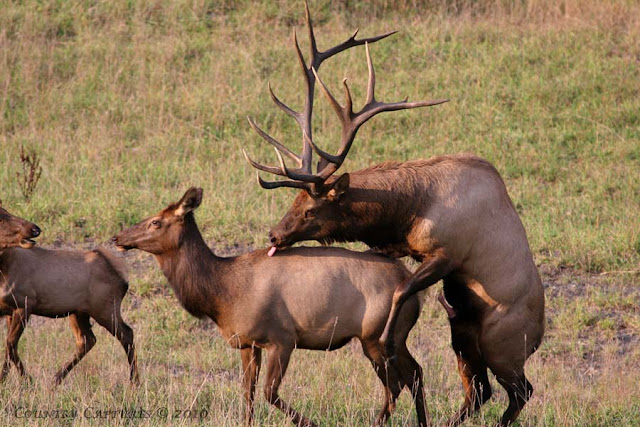 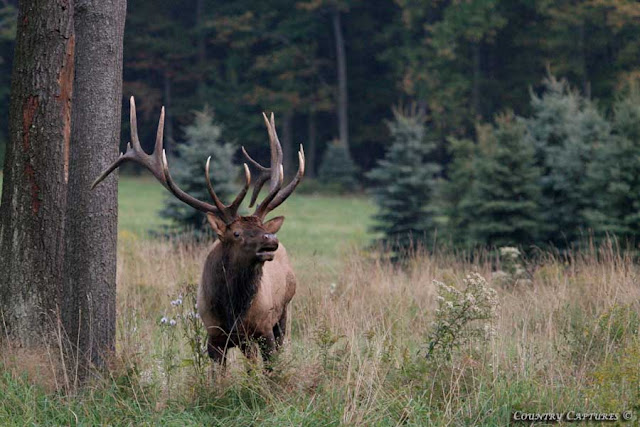 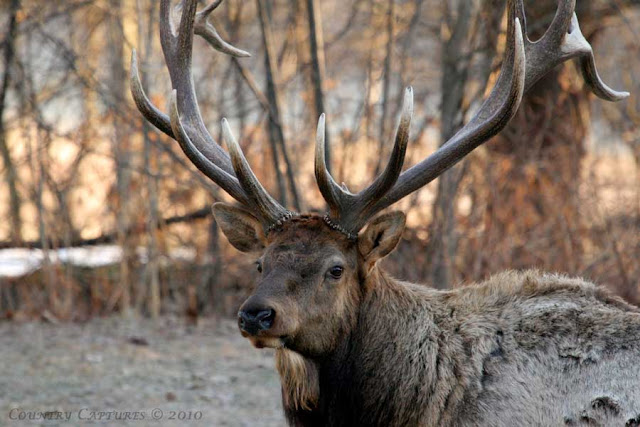 My last visit with him was in March of this year
Kisser never once showed any aggression or fear during any of these encounters.  I watched while he was approached by some, much closer than I would have felt comfortable with, and yet he was always the perfect gentleman.
Now he is gone, shot last Monday, the first day of the Pa Elk Season.  His antlers measured an amazing 14" circumference at the base.  A bull that was totally trusting of humans, spent time in the village of Benezette and thrilled elk viewers for a number of years is now a trophy.
Last year it was the 9X8, this year it was Kisser.  The sad legacy of killing the trusting Pennsylvania elk in the name of hunting continues.............
Posted by Coy Hill at 11/11/2010 07:54:00 PM

What??? I mean he was not afraid of human and somebody used that to kill him!!! I will never understand humans! We should replace all guns with camera... Stupid!

Your pictures are awesome and you should definitively show them to this stupid hunter ;-)

He is magnificent as are your photos. Why do they allow hunting there? This is just so sad. That's no challenge to walk up and shoot an animal that has learned to trust humans. Makes me feel really bad.

How did you learn what happened?

Melinda,
This bull was very well known and reconizable.

I recieved a call that day telling me the word around Benezette was that Kisser had been killed and then later it was confirmed by an article in the Endeavor News.

Mona,
My thoughts exactly! Why do we have a "trophy hunt" in this area. A change to the hunt structure is needed.

Chris,
However distasteful we may view the killing of this animal what the hunter did was legal.

I don't know the hunter so I cannot speak to whether he knew that he was killing an animal that he could have walked up to. He probably did as the Endeavor News reported that his family has a camp in the area and most if not all elk in this area are acclimated to humans.

The problem here is not so much with the individual as it is with the policy. When an applicant is awarded an elk tag that person has no control over what hunting unit it is for or whether it is a bull or cow tag. The regulations that allow bull hunting in this area are the crux of the issue.

A very nice post, Coy. Thank you for this wonderful tribute to our friend. He will be missed.

Such a magnificent animal. It is truly our loss. I have many friends that are hunters but I still don't understand or appreciate it. And, I will never "get over it!"

Oh that is terrible...I wasn't aware of the elk issue at all....