In The Woods at SNP 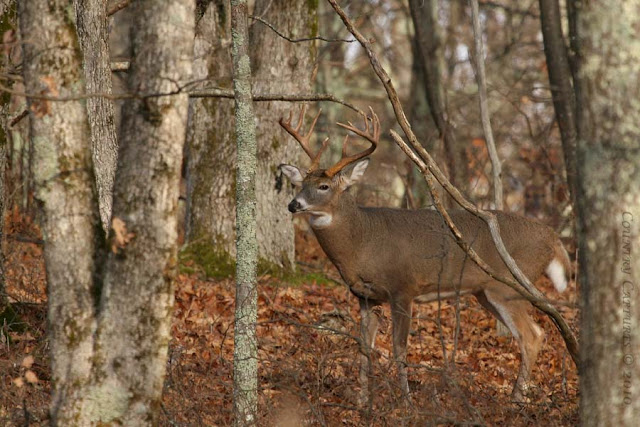 After the rutting activity moved into the woods Willard & I decided that we would do likewise.  After hiking through a swamp and up a power line we intersected a gravel road.  Walking cautiously along the road suddenly Willard hissed "there he is"!  Standing to the side of the road was burly eleven point buck. 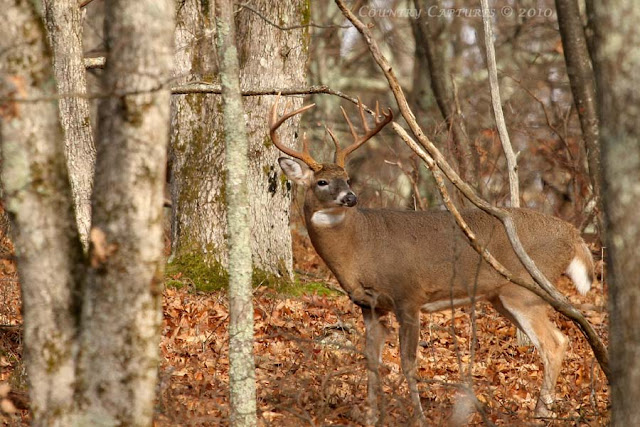 As we fired our cameras the buck kept watch over the woodland.  Just when I began thinking about attempting to move closer he suddenly whirled and bounded away.  As he disappeared over the rise I seen an even larger rack bounding away in front of him. 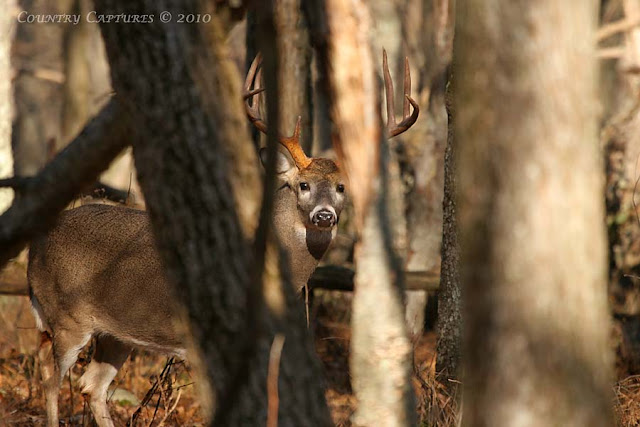 Moving in the direction that the bucks had ran we soon encountered this superb buck walking along with his head to the ground apparently following a doe's scent trail.  As I brought the camera into play the buck alerted. 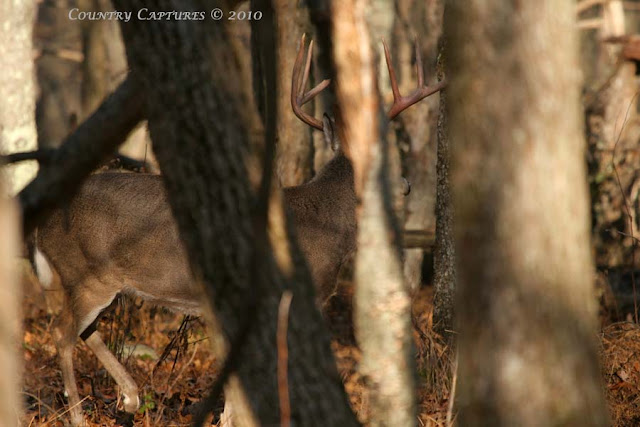 A moment later, like a buck in hunting country, he wheeled and ran. 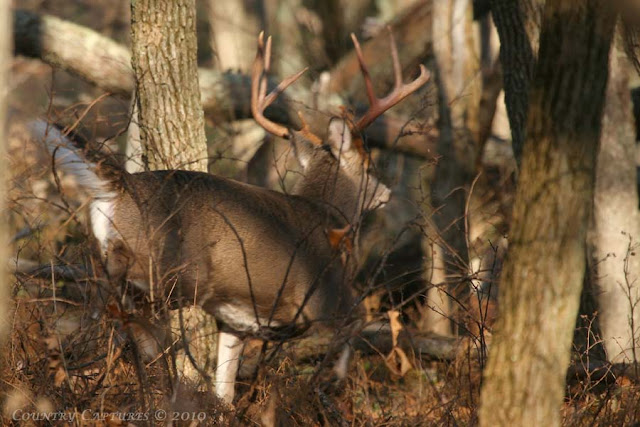 A blurry image taken as he was disappearing into the forest is the only shot that shows his eight long well formed points.  How I would have liked to have had a long photo session with this big fellow but on this day it was not meant to be.
Posted by Coy Hill at 11/08/2010 08:07:00 PM

Yes they are still really good shots and I love the third one, it shows how elusive they can be. Good job Coy!

Coy, these are great and I so love that you hunt with your camera and not with a gun, at least as far as our eyes see~

We have deer here in FL..but nothing like you see in the north. I was a hunter for many years..not trophy..putting food on the table. Now I would love to hunt them with the camera.

Beautiful series on the deer. I like the last shot of him fleeing into the woods.

What a day! Those bucks are huge, especially for Pennsylvania! I can't imagine how excited you were to walk with them like you did. We can't get away with that in Illinois. I sure wish we could! You have a very special place there!