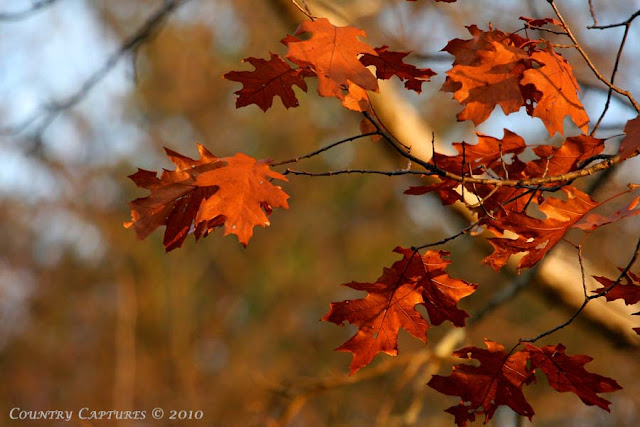 With only a few stubborn leaves still clinging to the branches and the weather forecast calling for a wintry mix tonight I know that winter is just around the corner.

Today I listened to Rush Limbaugh as he preached his Thanksgiving sermon denying the genocide that was perpetrated against the Native American people.  I listened as he decried our governments intrusion into our personal lives by way of imposing fish & game laws and licenses.  In summation he stated that the early settlers shot and caught what they wanted without having to ask anyone for permission, buy any license etc and they got along just fine.

Of course in his rewriting of history he omitted the fact that wildlife populations were depressed at best and in some cases wiped out entirely.  Here in Pennsylvania at the time settlers first arrived we had bison, moose, elk, wolves, cougars as well as the whitetail deer roaming our state.  All were exterminated with the exception of the deer and their numbers were such that one of the very early acts of the Pennsylvania Game Commission was to released deer brought in from other states to reestablish the population.  At a later date elk were reintroduced.

Happy thanksgiving to you too Coy. Beautiful picture you got!

I wrote a book, Buffalo and Indians, and illustrated it myself. And in the research I discovered newspaper accounts from all over that told of the killing of 60 million bison - some for tongues - some for hides - some for sport - shot from trains by ladies in ball gowns. When the 60 million were killed then they collected the bones and made mountains of bones and trains came and hauled the bones away to be processed into other things. It is all there if they take the time to look.

Also, any bison in Pennsylvania were black or dark, smaller than the Plains bison and were called Woods or Forest Bison. The last one of those was shot and killed while crossing a stream here in Ohio.

Remember Fox Hunts. Rush might like to kill foxes. They used have fox drives when I was a kid and killed all the foxes that ran out of a field and tried to cross a road. Slaughter for sport.

Frightening when people get on their soap boxes and deliver total misrepresentation dressed up as the truth. When they say it often enough, the gullible will believe them. History has been rewritten too many many times.

It is good to see that you care.

Interesting posting. I ma not ready to throw out the baby with the bath water0-but you make an excellent point. I sometimes listen to him for his perspective as an item to further research for other views.

His viewpoint on the wildlife topic is sure "out to lunch"