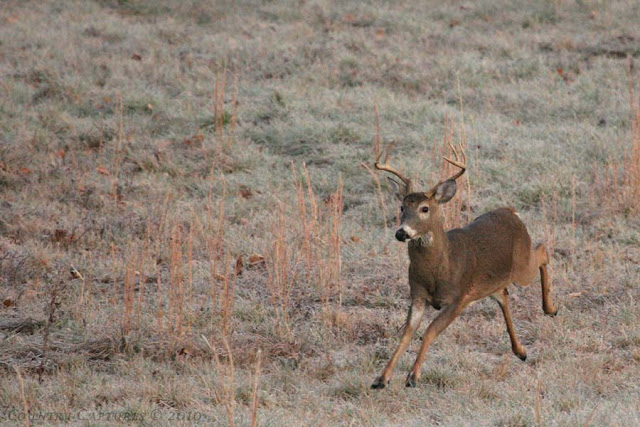 Persistence finally payed off when I caught this nice buck rushing across a frosty  meadow as he followed a doe in heat.
I'm really enjoying shooting with the new gimbal head as it allows me to easily follow rapid movement and capture action photos never before possible when using the pan head. 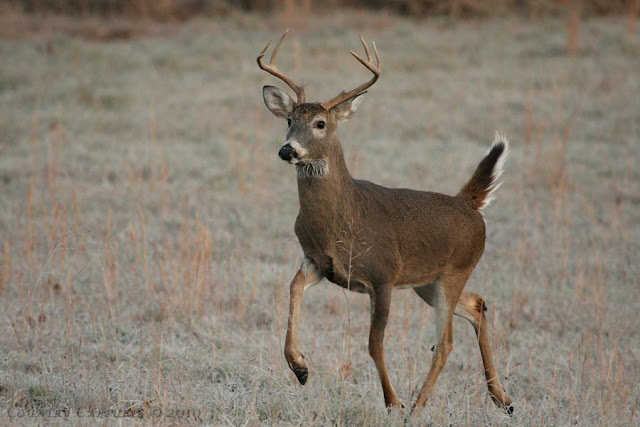 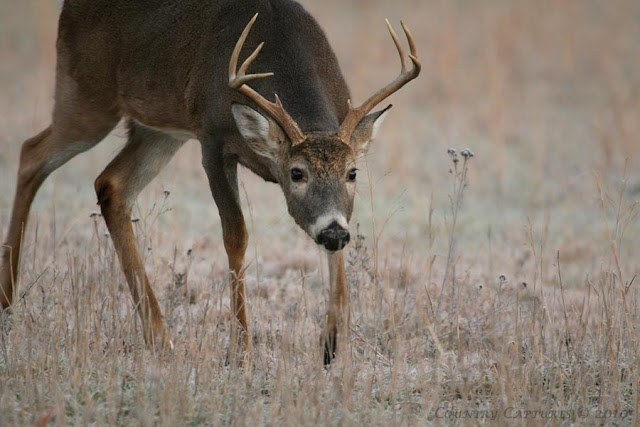 With his head held low in another classic rut posture the buck continued pursuing the doe.  Taxidermist frequently try to emulate this posture with the sneak forms.  I have never observed a buck "sneaking" with his head held in this low position but it is a common pose for a rutting buck to assume when he is following a doe.
With only one week to go before our rifle deer season gets underway my season of photographing rutting whitetails is nearing its end but I am still hoping that the best is yet to come.
Posted by Coy Hill at 11/21/2010 06:38:00 PM

I hope you get some more time with these delightful animals before the rifles start popping Coy.

Good series! Glad you finally got your opportunity.

The action you witness over there is so cool! We aren't so lucky! What you capture is always educational and brilliant! Thanks Coy!