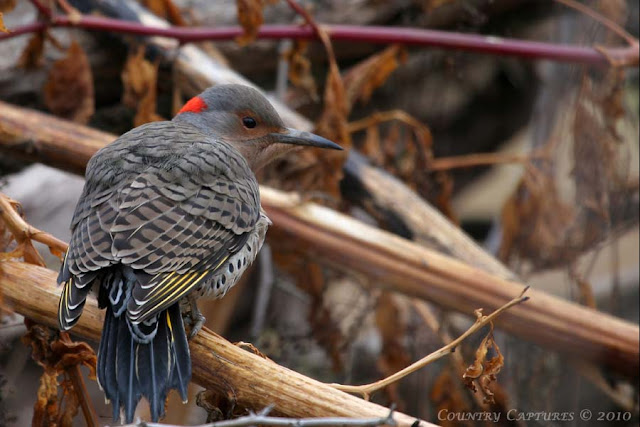 A pair of Northern Yellow-shafted Flickers were surprise visitors to the bird feeding area.  As these birds feed primarily on insect they are not attracted to our offering of various seeds.
While waiting in the pop-up blind I described in the previous post the female flicker dropped in to perch momentarily on the broken poke stalks. 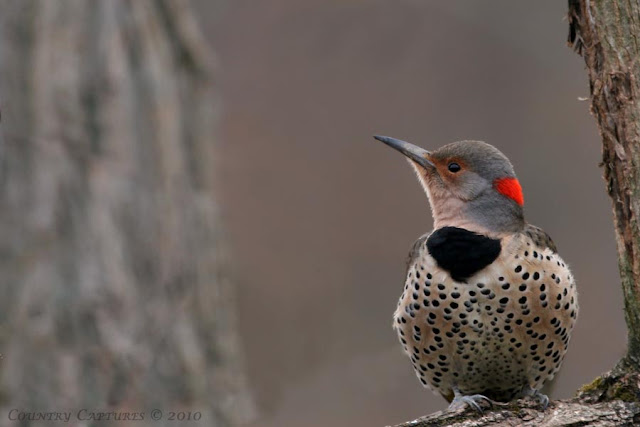 A moment later she hopped onto a branch and began watching the standing tree beside her perch. 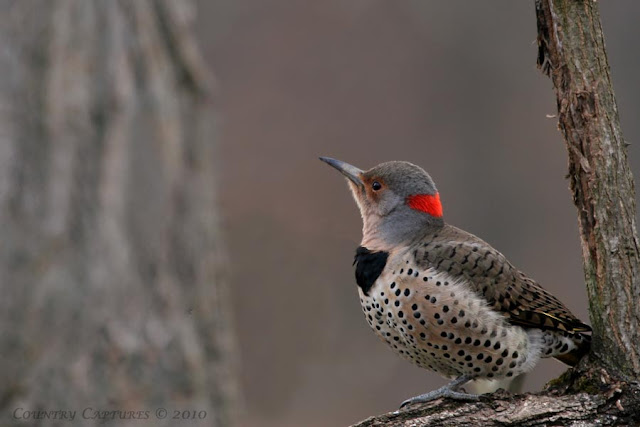 As she continued watching I noticed the male scaling the standing tree searching for a meal.  The male was partially concealed by branches and never gave me an opportunity for a good photograph.
In less than two minutes the encounter was over as the pair flew away but in that short time I had captured eighteen images; three of which you see here.
Posted by Coy Hill at 12/06/2010 07:14:00 PM

Nice work - they are beautiful shots.

Very nice images, the first one is splendid!

Coy, great shots! I had one of these beauties at the suet feeder this morning. Don't see that often

Supurb photos! Flickers are such pretty birds. Too bad you weren't able to get shots of the male, but perhaps they'll be back.

I haven't seen that species before, they are gorgeous. The red spot really glows!

What a gloriously beautiful bird and such wonderful captures.

You have so many brightly coloured birds in N.America.

When I first saw these birds at our feeder, I thought they were woodpeckers. Doy! These are beautiful photos -- I can only hope photographs look half as good as yours someday. :)

Gorgeous patterns on this species.