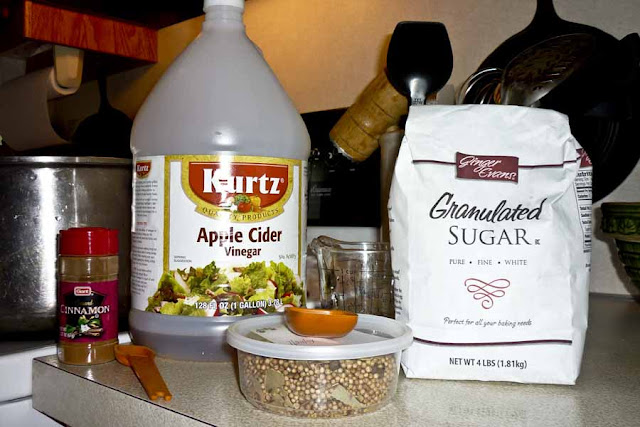 Nothing says summer better than  the bounty of the harvest
After previously harvesting, cleaning, cooking, and skinning a wheelbarrow load of red beets; the other ingredients necessary for delicious pickled beets are arranged in the kitchen. 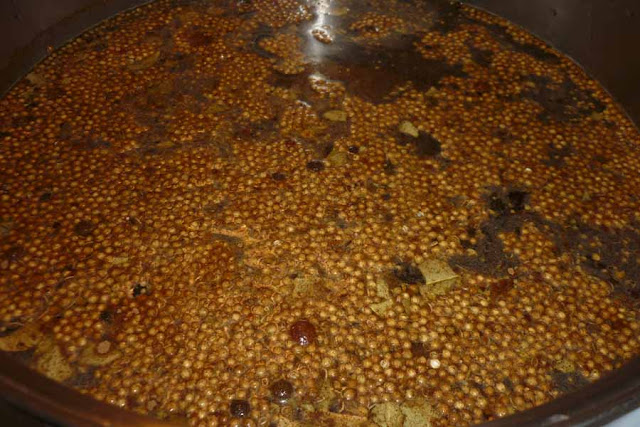 While the pickling ingredients simmer in the kettle 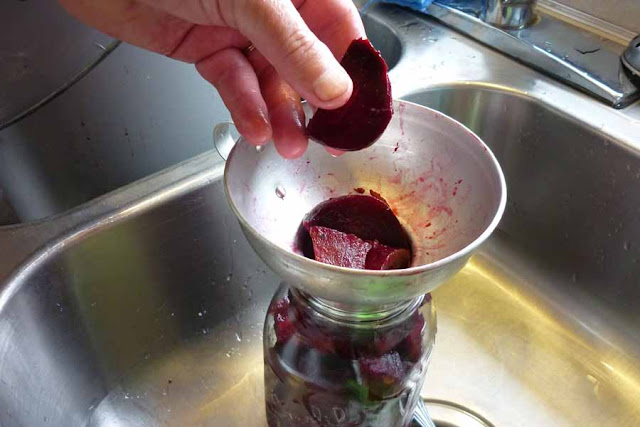 It's time to pack the jars 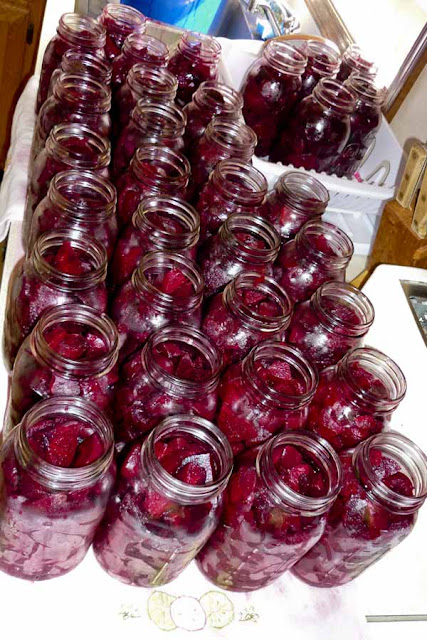 Packed and ready, the beets are waiting... 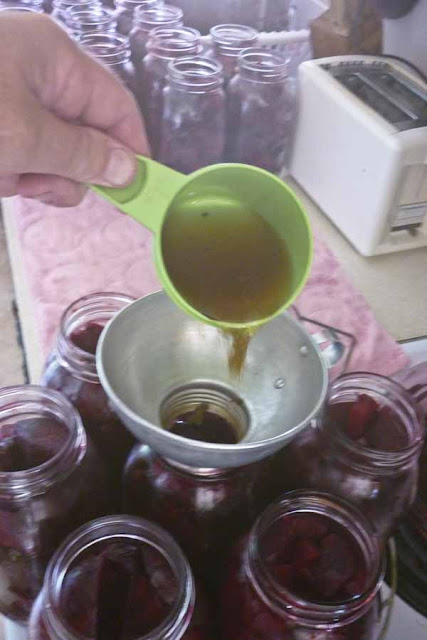 for the pickling brew. 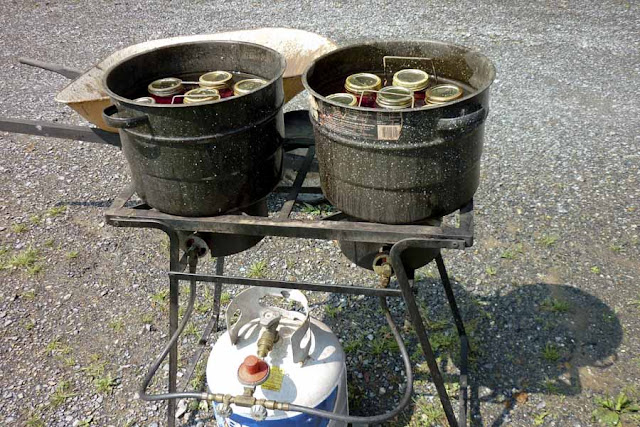 Thirty minutes in a waterbath canner completes the process
Using a recipe handed down through the family we canned 35 quarts, enough to last my wife and I through two years.  And of course, when some of the jars are emptied of the beets, boiled eggs will be plopped in to soak.
Keeping up a few of the traditions from my youth are important to me; traditions like vegetable gardening, home canning, freezing, and butchering our own meats.  Too many people today have lost the knowledge and comprehension of where food comes from.  By keeping up some of these traditions I am able to keep in touch with an indisputable fact; the fact that we all live off the land no matter how distanced we become in a world of factory farms and prepackaged food.
I recently listened as a right-wing talk show host ran our president down for a remark he had made about the environment by stating that if we followed his path that we all would soon be living off of the land.  As I listened I marveled that someone so well educated, a person with a law degree, could make such an insane comment.  And I wondered, could it really be that insulated from reality, living in a concrete jungle amid the most powerful people in this country, could it really be that this lady who proclaims to know what is best for America doesn't even realize that every bite of food she takes comes from the land?  Can she not realize that without the land humanity ceases to exist?
Scary to say the least!

Isn't it great to have beets from this batch several months later. They are surely even more delicious then.

Quite scary! My Grandmothers both canned beets. They were so much better than store-bought.

You had a great harvest of beets and now you'll be enjoying them for a good long while. It amazes me how little some people understand about the processes that put that huge selection of food in our supermarkets. Imagine a reality show that put this lady and several more like her in a remote cabin in the woods.....

Nice post of family traditions, Coy! I'm not real fond of beets but your photos may have changed my mind.