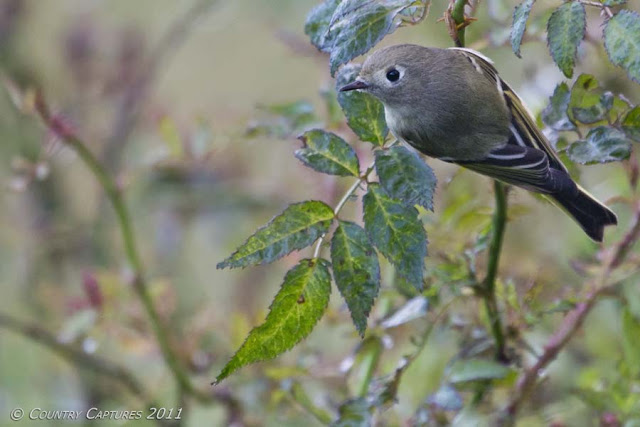 This morning found me watching a meadow at daybreak, hoping for a whitetail buck encounter.  Our local deer are beginning to enter into the early stages of the prerut with bucks becoming more active with each passing day.  However on this morning no bucks showed and my attention was drawn to a tiny bird flitting about a nearby multiflora rose. 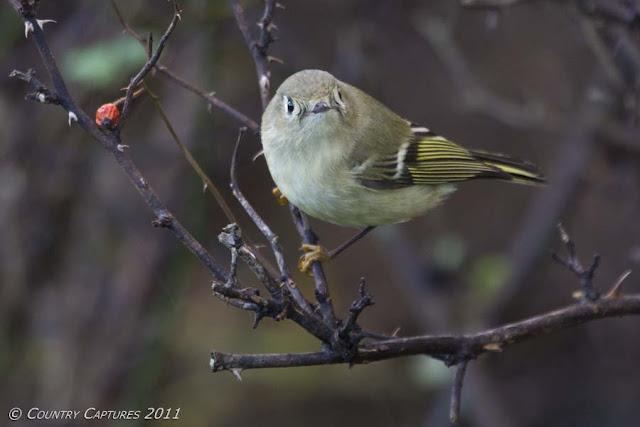 Since I didn't recognize the species I had no doubt that it was of a species which I had never photographed.  After repositioning the camera for a better view of the bush it was a matter of waiting for the bird to accept my near presence which it did after twenty minutes. 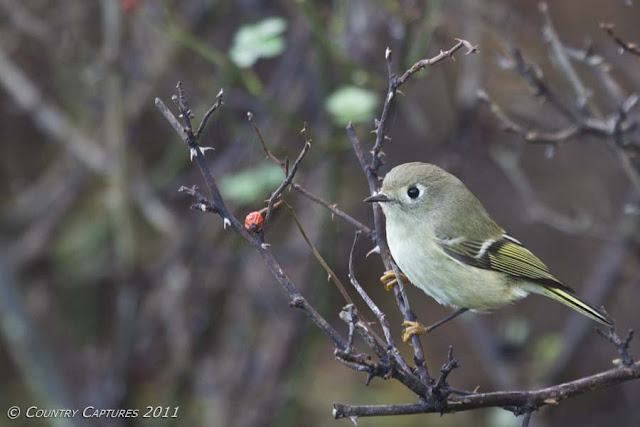 Soon it was once again feeding on the outside perimeter of the bush and although it never sat in one place for more than a few seconds I was able to focus and fire occasionally with most shots containing a feathery blur.  Mixed in among the throw-away shots were a few keepers. 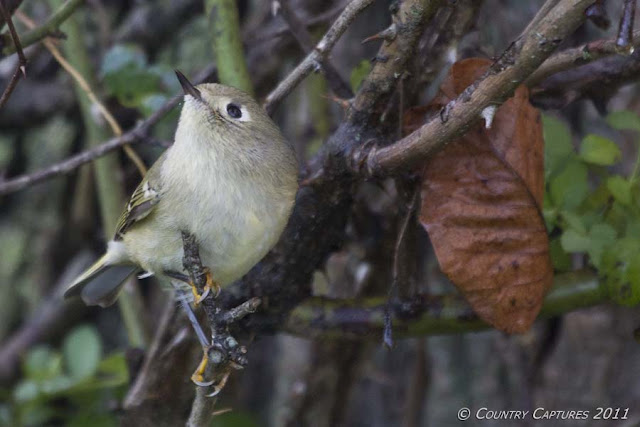 About to spring to the next perch 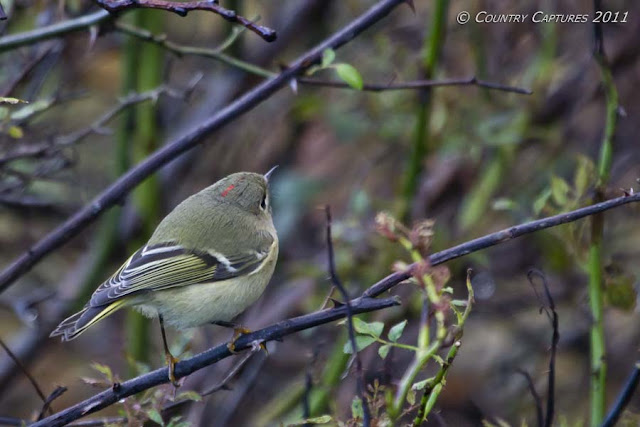 Checking birding resources revealed the bird to be a Ruby-crowned Kinglet.  Note the red stripe on the back of its head; the only indication of the feathers that make its namesake; a red crown that it can display when aroused.

Great shots. This bird seldom sits till for more than a second,so you got amazing pictures.

It takes a lot of work to get a shot like this, nice work....

I'm sure you had to be very patient to get these shots. I would have guessed a gold finch of some sort. Once again I get a lesson in wildlife from your blog. Thanks, Coy!