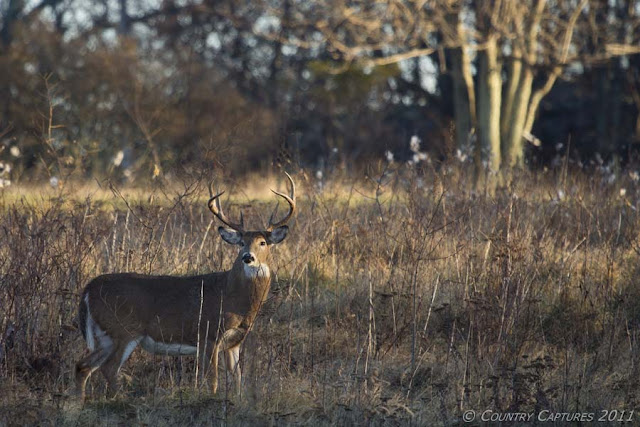 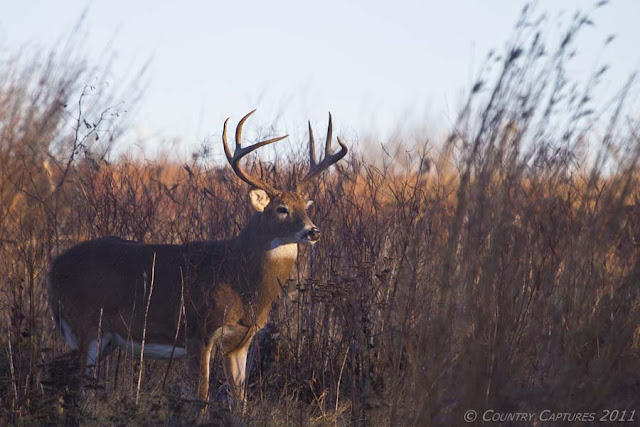 Drawing nearer it was plain to see that this was an incredibly large eight-point, a worthy opponent for the ten-pointer I was following.  Notice how his attention is riveted to the right of the camera; he was watching the ten-pointer's every move. 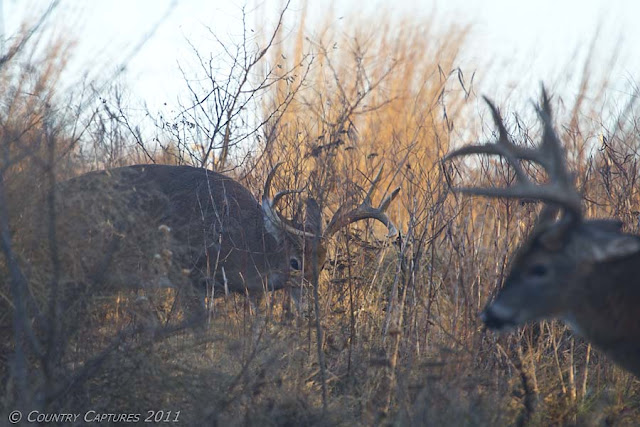 An then the demonstrations began.  The eight-point attacked a shrub, then scraped and urinated, the ten-point did likewise.  They began circling each other and taking turns battling brush, scraping, and urinating in all I think that they each took three turns however as I was working feverishly to keep the couple in view I could have miscounted. 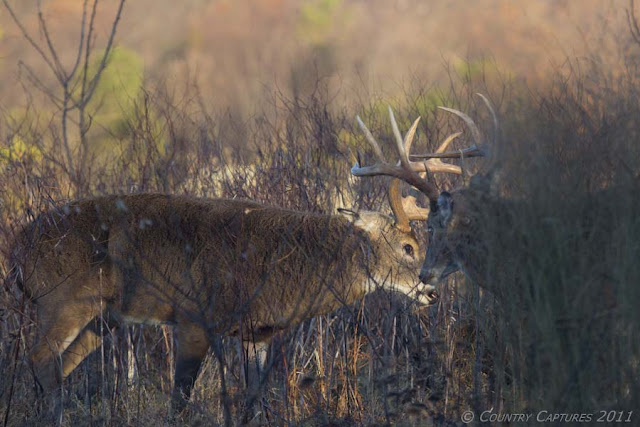 The circles drew smaller and smaller until the bucks were within a just a few feet of one another. 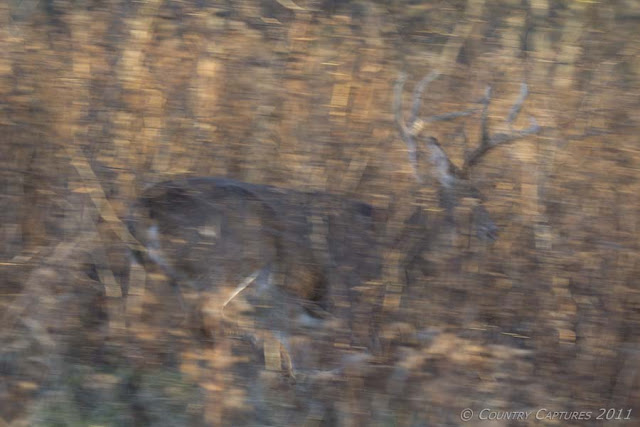 With a loud wheezing grunt the ten-point charged and just as quickly the eight point's nerve broke as he wheeled and bolted with all of the speed he could muster.  Panning as he rushed by my position I captured this unique image at 1/125th of a second shutter; the ten-point was in hot pursuit! 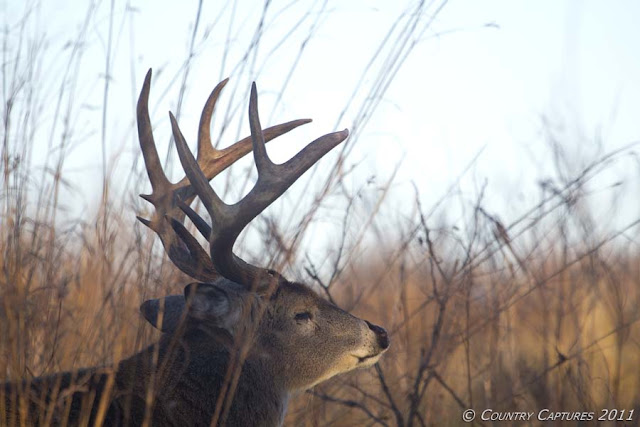 As the victor came to a stop he exhaled with a loud long hiss and stood looking in the direction the vanquished had fled.  A few minutes he later ambled out of sight into the surrounding forest.

Usually Whitetail confrontations are settled through bluff and posturing but this time it wasn't until the big ten-point committed himself to an all out attack that the contender backed down.  I was hoping to photograph an intense battle between these massive bucks but was not disappointed in the least to capture what I did while this breeding confrontation played out.  It was a privilege to witness one tiny speck in the scheme of evolution as the genetics of the future whitetail herd was decided.
Posted by Coy Hill at 11/18/2011 06:11:00 PM

a gorgeous rack on that big buck. glad they didn't have to draw a lot of blood.

These guys are so good looking. I am glad you shot them with a camera.

Fantastic! I've hunted my whole life and have yet to see two bucks actually sparring. Great job with the photos, Coy!

What an exciting capture Coy. Love the photos, especially the satisfaction on the Victor's face in the last shot.
Haven't been here for a long time. I'm enjoying catching up with your wonderful work.