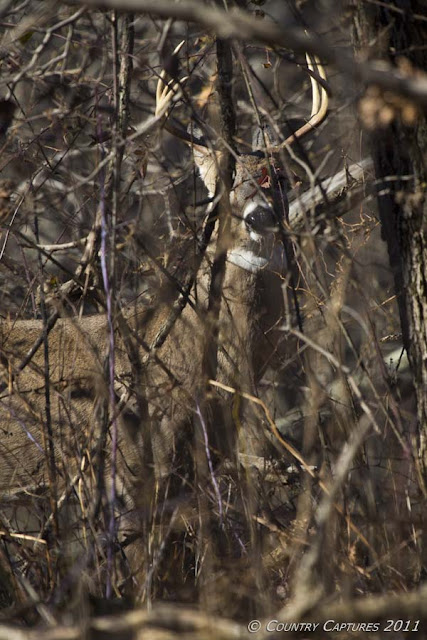 Pennsylvania's firearms deer season will open in less than a week.  It has been an incredible season photographing the whitetail rut both in Pennsylvania and SNP Virginia but, as with all good things it must end and here in Pa with the season opener my buck photography will end literally with a bang.


With that I feel it proper to share some thoughts on whitetail hunting.  Up until a number of years ago a legal buck in Pa was a deer with at least a 3" spike or a branched antler on one side.  In more recent years the state has been divided between areas requiring a minimum of 3 points at least 1 inch long on one side with others requiring a minimum of 4 points.  This year the regulations in the 4 point zones has changed to requiring 3 up, or said another way there must be three points on top, brow tines do not count.  Antler requirements remain the same in the 3 point zones.  If you are planning on hunting Pa whitetails you should study the digest to insure that you are following the rules and regulations that apply to the zone you are hunting as changes have been made this year. 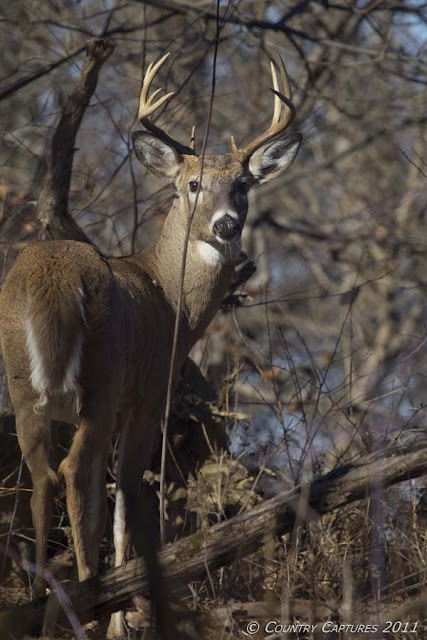 Looking at the photos in hunting magazines and popular outdoor blogs will not prepare you for what you will find when hunting whitetails in the woods; which is where most of the Pa deer hunting will be done.  Seldom will you have a clear view of the deer.  As the deer moves through the cover counting points will not be easy nor will getting a clear opening to the deer's vital area; however both must be accomplished before a shot is taken if the hunter is to be both legal and ethical.  Too many times deer run off to die a lingering death because a hunter has neglected to assure a clear shot.  Another problem that causes misses and wounded animals is "buck fever" a condition where the hunter looses a degree of control brought on by intense excitement and a rush of adrenalin.  Self control is imperative if a clean kill is to be had; there will be plenty of time for shaking while you are attaching the harvest tag to the ear. 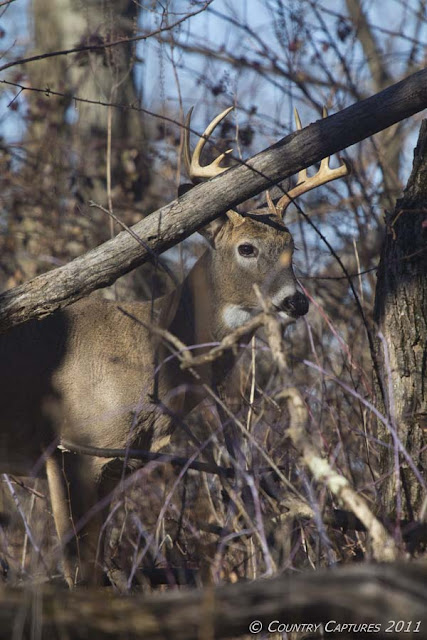 The hunters goals should first and foremost be safety.  Wear the required safety clothing; the law is for your protection.  How could you explain to your family that the reason you were shot was because you were worried that a deer may see your orange vest and hat?

If you don't have binoculars, go out right now and buy them; a rifle scope is an aiming device, not an optical device to be used to identify things.  Can you imagine the feeling of seeing a rifle pointed at you while someone peers through scope?  I know, its happened to me, and it always scared the H.... out of me!

Remember that once a shot is fired it cannot be recalled and telling a dead man "I'm sorry", doesn't work.  Don't shoot at what you think is a legal deer, shoot only at what you KNOW is a legal deer.  If you KNOW that your target is a deer you will never have to pace the ground trying to explain to the officers how you shot another person in mistake for game and then face that person's family later in court.

thanks for sharing your views of the herd(s) thru this season. good advice for hunters - i especially like the one about buying binocs.

Excellent advice, Coy! We've had at least 3 or 4 hunters shot or killed since our firearms season opened over a week ago. There's no such thing as being too careful.

I've been invited to Pennsylvania by two different folks this year. And they tell me how the hunting is so much different that what I'm used to. Can't wait to visit one year soon!

Excellent info that everyone should live by. I haven't hunted in PA in over 10 years now and miss it. There is nothing like the big woods of PA in my mind. They are growing some really nice bucks now as proof by your photos. Thanks for sharing.