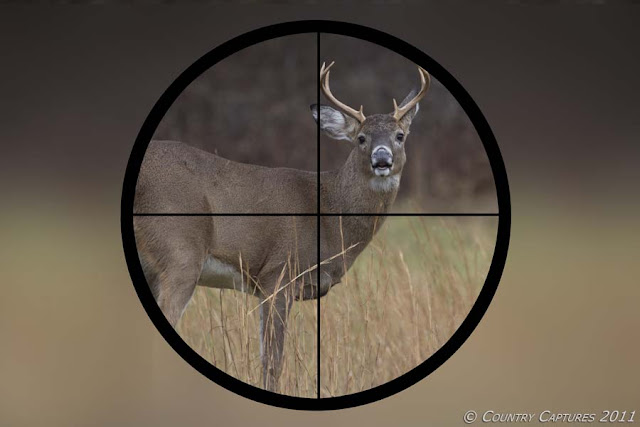 When this Pennsylvania firearms deer season draws to a close Saturday we will have ten years of antler restrictions behind us.

Prior to the 2002 season Pa regulations required a buck to carry either a 3" minimum length spike or two points on one side to be a legal antlered deer.  Starting with the 2002 season to be legal; a buck had to carry at least 3 points an inch or more in length on one side and some regions required at least 4.  This year after much complaining from hunters in the 4 point region as to the difficulty in determining whether a buck with three points on top also had the required brow tine the PGC changed the 4 point region to requiring 3 points on top; brow tines do not count.

At the same time the antler restrictions were instituted antlerless rifle deer season, which had previously been the Monday through Wednesday following buck season, became concurrent with the two weeks of buck season.  Since then due to hunter complaints about lack of deer much of the state is now buck only the first five days followed by seven days of concurrent antlered and antlerless hunting. 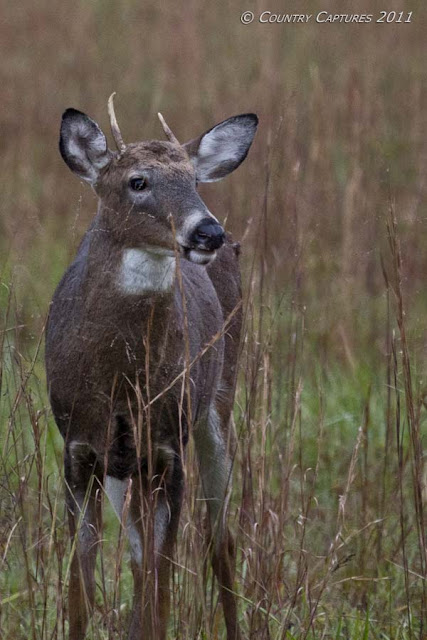 Prior to 2002 1 1/2 year old buck made up 85% of the buck harvest.  Leaving only 15% of the bucks to have a chance to become 2 1/2 years old.  At 1 1/2 bucks are simply too young to grow nice antlers.  Spikes were so common that it was the running joke that they were Pennsylvania 11 pointers.  If I remember correctly studies were reporting that the adult buck/doe ratio was somewhere around 14 does for each buck following the hunting season. 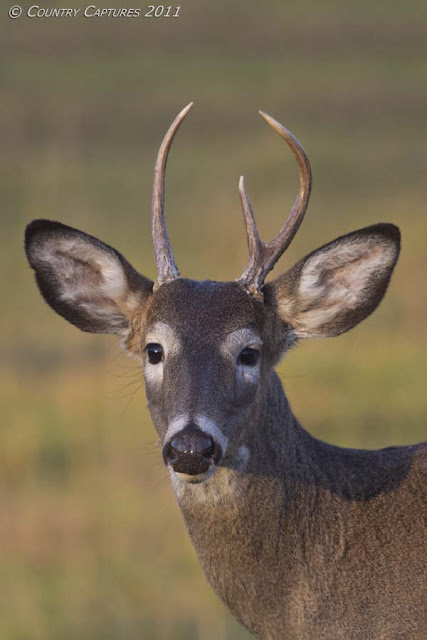 Another legal buck prior to 2002

Willard and I both became interested in our local whitetails at an early age and have hunted, watched, and photographed them extensivily over the past forty plus years.  Prior to 2002 we would have refered to the buck pictured in the first photo as a big buck for our area and indeed he may have been the biggest buck we spotted during the course of the year.  Today our standards have changed.  Now I would refer to him as a little eight pointer as bucks of his size are quite common. 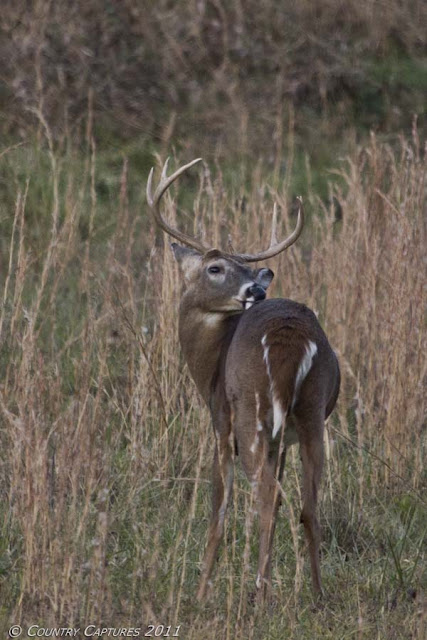 Pennsylvaina was never known for big bucks.  Our deer herd was managed for quanitity and quanitity only.  With 750,00 to 1,000,000 hunters in the woods a buck did not have much of a chance to live to adulthood.  Our problem has never been geneticts, it has always been age.  No buck can grow impressive antlers at 1 1/2 years of age.  2 1/2 year olds can grow some nice antlers but they simply cannot be big.  Its very simple, it takes time for a buck to grow.  Our current antler restrictions are designed to protect yearlings and is producing a good crop of nice bucks each year.

I have listened to many hunters discuss antler restriction and surfed message boards.  What I find is that some hunters swear by them while others swear at them however, surveys of hunters finds that support for antler restrictions is very high.  Personally I would never want to go back to the old way.  If change were to be made I would like to see the entire state changed to 3 points on top however the way it is now suits me just fine!

Very interesting information. I only "hunt" with my camera. However, with so many hunters out there how many accidents are there?

sounds like a program that is working. makes for some great photos from you, too!

Well, you always have some great Deer photos to share with us. I love them.

Good job. It has been an amazing transition. Great pictoral way to help tell the story.

love your photo's and agree, you have to let them grow up

Beautiful photography as always. Although I only bow hunted a few years I still pay attention to what going on in MN. Deer hunting remain big here. The souther part of the state has become the deer hunting Mecca, while the aging of the north woods has reduced the herd there. We hear very few complaints about the age balance of the herd thoughout. Here in Bluff Country some feel there are way too many deer. I still enjoy seeing them....

Kjell,
2004 is the last year that I have been able to find information on. That year there were 56 shooting related injuries and four fatalities during the year across the state.

excellent post. I haven't hunted PA since prior to the antler restriction years but I keep up on the seasons and have seen some beauties taken now. It seems to be working in PA.