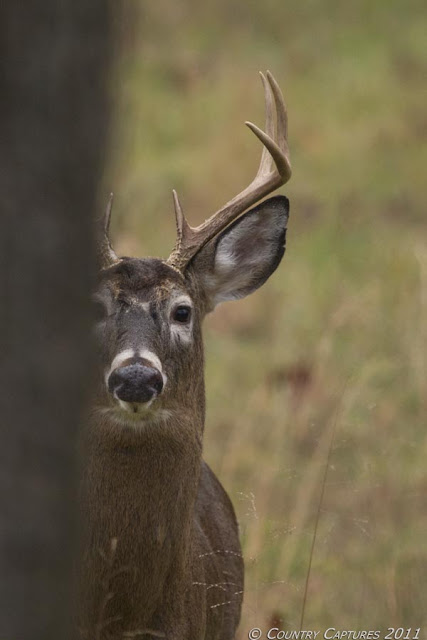 Shooting the rut isn't always serious business.  I was quick to click the shutter when this buck peered out from behind a tree.  Did he think that he was hid? Or was he practicing for the coming deer season? 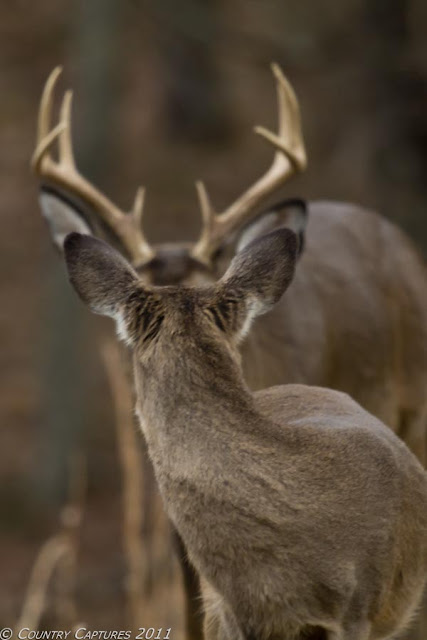 When a buck began closing in on the doe he was chasing I focused the camera on her to capture the interaction between the animals.  I had to chuckle when his antlers lined up with her head, nearly looking as if she was wearing the headgear in reverse. 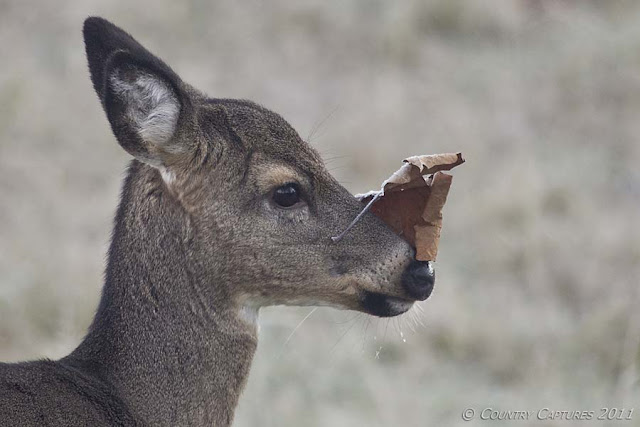 And when a grazing fawn found a leaf firmly attached to its nose it tossed its head violently.  I was too late focusing on the fawn to capture its frantic action in its failed attempt to dislodge the leaf, however I was able to make this capture moments before she dropped her head and wiped the leaf away with her hoof.
Posted by Coy Hill at 12/05/2011 06:48:00 PM

love the line-up of the doe and buck! great job on all of these! poor little fawn!

Love these - but my favorite is that fawn with the leaf on his nose: Classic!!

These are GREAT. The fawn is cute.

All great shots! I love the last one of the fawn.