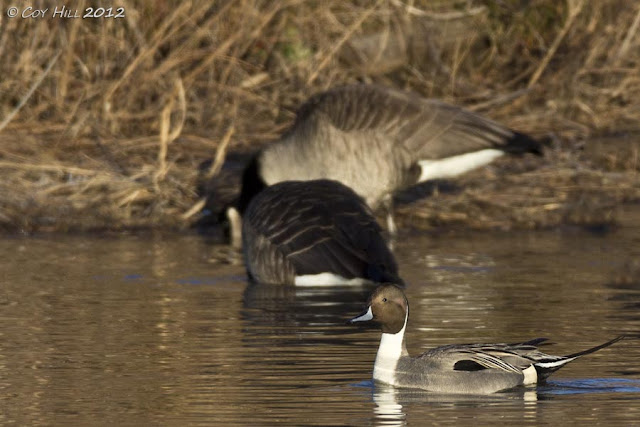 Male Pintail
For me wildlife photography is filled with thrills and the sense of accomplishment.  The pintail is a species that I have never photographed in my home area.  So to find a few of them scattered among the thousands of Canada Geese and Mallards at Blackwater NWR was a thrill in and of itself.  Adding a few good photographs of the stately birds to my portfolio gave me a considerable feeling of satisfaction of a job well done. 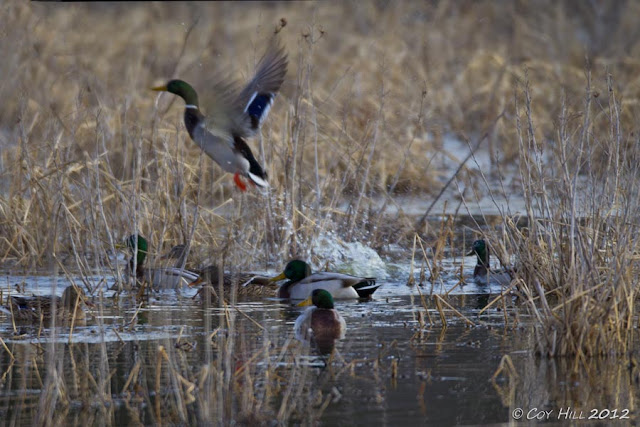 While Mallards are common throughout our area, capturing the fast paced action as they spring almost vertically into flight is great fun.  In this instance the Mallards were flushing singly and in pairs as they flew from the marsh to the nearby fields to feed.﻿ 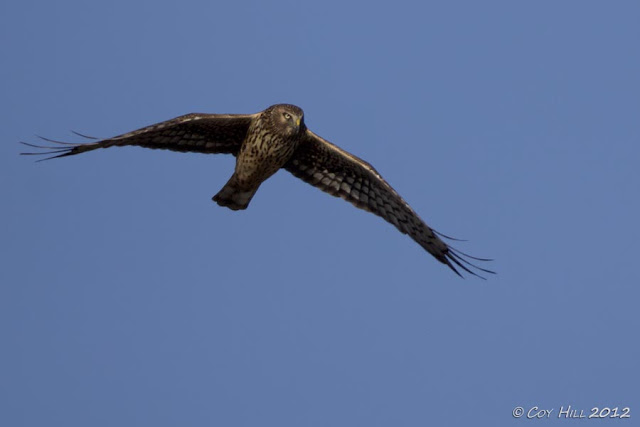 And it's always a thrill aiming the camera at a fast flying raptor.  Northern Harriers hunt by flying low over swamps and grassy meadows.  With their owl shaped face to concentrate sound, they use their acute hearing to assist in locating prey. 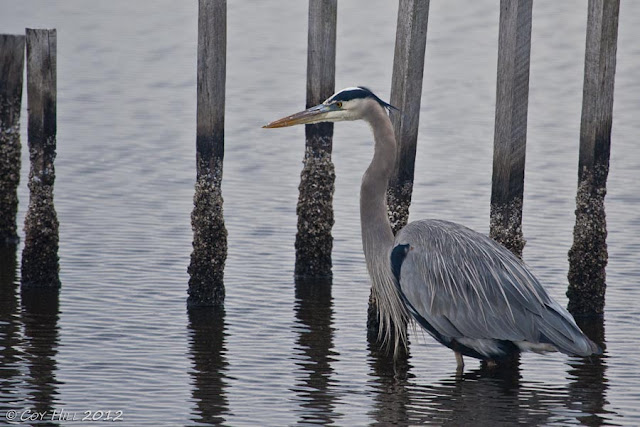 And as common as they are, photographing a Great Blue Heron as it stands as still as a statute is always a pleasure.  This heron waiting for its next meal to swim by may be using the pilings as a way to concentrate prey.

All creatures from tiny insects to the largest of beast can provide the wildlife photographer with thrills; capturing the creatures in beautiful photographs, that's where the satisfaction comes in.

N. Harrier is the same as a Marsh Hawk?

Great images Coy! I understand exactly how you feel when you get shots of a different species. You are the one that turned us on to the different ducks and we can't wait until they migrate back.

Nice collection! I love seeing the pintails, but generally it's just a few weeks during spring migration that I see them. I agree with you, getting a good photo of a new bird or animal is very satisfying.

That Pintail picture is one of my favorites you've posted in recent memory...and to be honest not sure why?

I really like these. That Great Blue Heron shot is fantastic!

I can very well understand the satisfaction of that photo moment. I absolutely love the Pintail,and you have captured it so well.