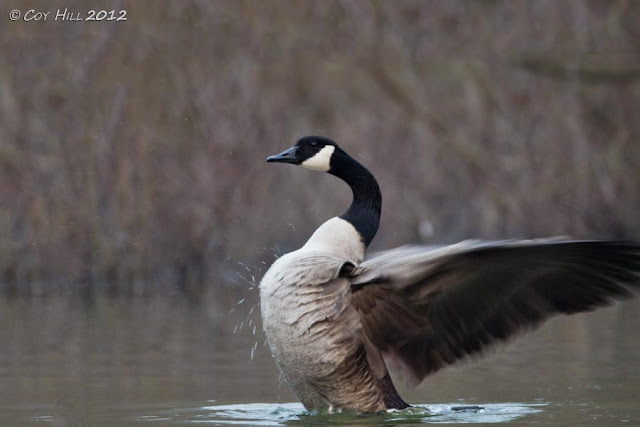 My spring waterfowl photography at a local wetlands has been more difficult than expected this year.  The birds are always wary but this year they have been doubly so.  Finding empty shotgun hulls strewn about indicated that some hunting activity had taken place sometime during the last week of Canada goose season in late February.  The scare has apparently not been forgotten. 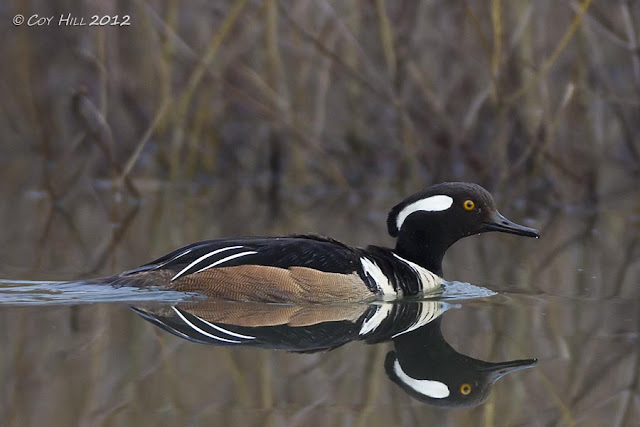 After a number of unsuccessful attempts I decided to make an early morning attempt but walking in and setting up the blind well before daylight.  Settling back for a nap once the blind was up the sounds coming from the wetlands told of Canada geese, wood ducks, mallards, hooded mergansers, and assorted frogs.  As the faint light of a new day began brightening the eastern sky flocks could be heard taking off.  By full light most of the waterfowl had departed.  This hooded merganser cruised into view about 30 yards away.  At the first shutter click he reversed course, swimming rapidly for cover.  I could here his calling from various parts of the wetlands throughout the morning. 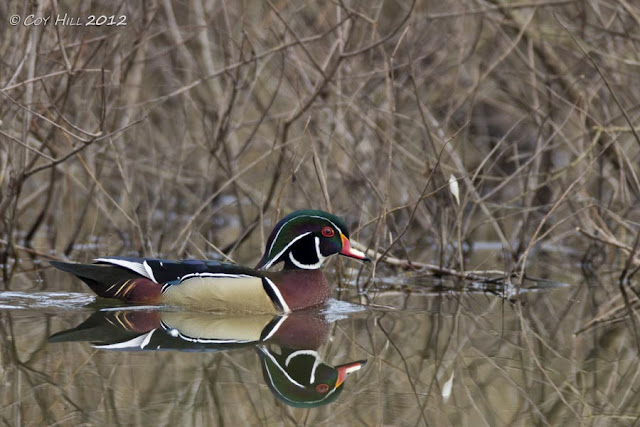 Around 8:30am a small flock of wood ducks cruised past.  The male woodies are our most colorful duck and as with the hooded merganser the calm water reflected him perfectly. 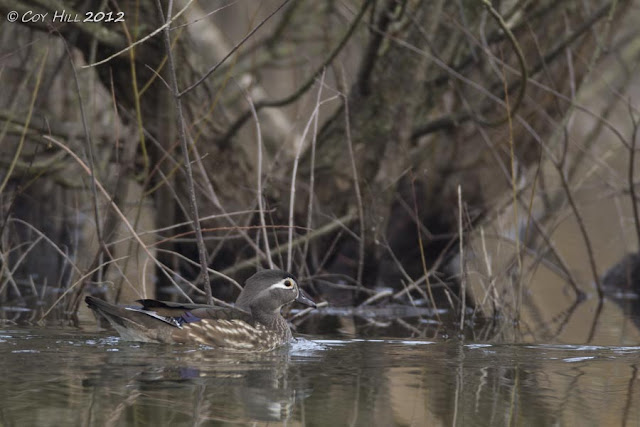 One hen accompanied the flock of males.  Her muted colors suit her perfectly for the upcoming nesting season. 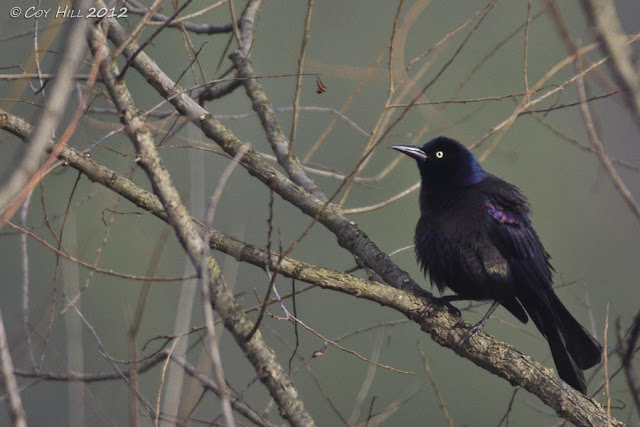 A flock of common grackles perched nearby and treated me to the loud singing.  I always look forward the seeing the flocks of grackles each spring.  During the 1960's and '70's huge flocks would descend each spring.  By the 1980's the big flocks were gone and only small flocks of a few dozen birds were seen.  I have began to notice during the last few years that the flock sizes seem to be growing once again however they are still no match for the massive flocks of forty years ago. 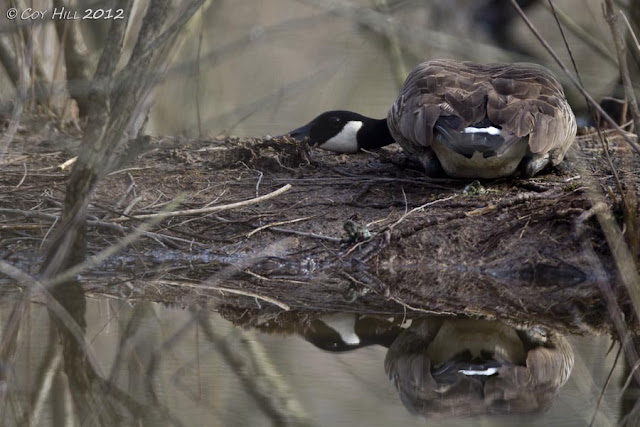 Before leaving the wetlands I spotted this Canada nesting on a small hummock just above waterline.  I have taken photographs of geese on the nest before but this is my first nesting reflection shot.

Another great blog Coy. Thanks for sharing. Your pictures and story line are wonderful..

Awesome captures. I love the reflections of the Hoodie and the male Wood duck.

Gorgeous pictures. I love the reflections.

Loved that wood duck! And what a great shot of that Canada goose nesting! Neat to see.

Wonderful reflection shots! I greatly admire the work you put into your photography. It certainly pays off for you with exceptional results.

Fantastic reflections, Coy! I love that Wood Duck! I don't see them here. They're beautiful.