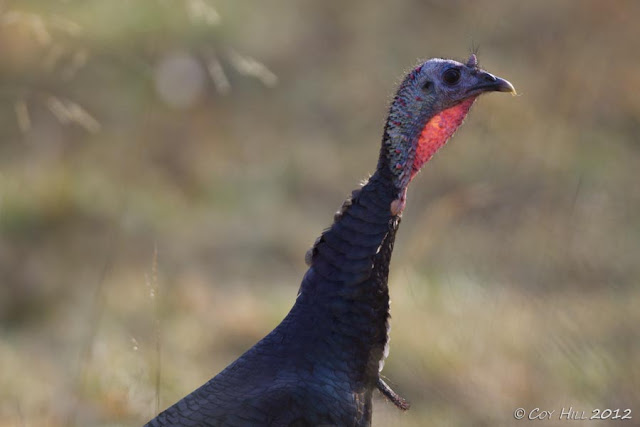 Just a week ago brown and gray were the predominate colors across the southern Pennsylvania landscape.  But the sustained unseasonably warm temperatures has hurried the season along.  Now the countryside looks like it normally does in mid to late April! 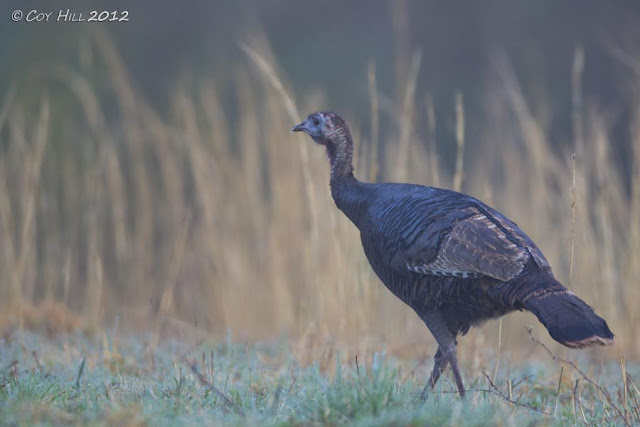 I focused my attention on wild turkeys the past two mornings.  This hen was my only reward with the gobblers staying hidden behind a screen of brush. 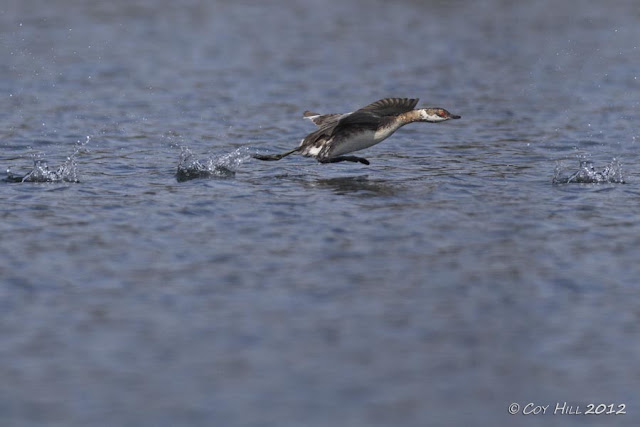 Spending mid-day Friday on a local lake I found that the species of waterfowl that I expected at this time of year were present.  My waterfowl sightings included lesser scaup, ring-necked duck, pied-billed grebe, mallard, wood duck, and horned grebe.  However the 80 degree temp's are far from the norm.  Here a horned grebe takes off when my boat drew too near for its comfort. 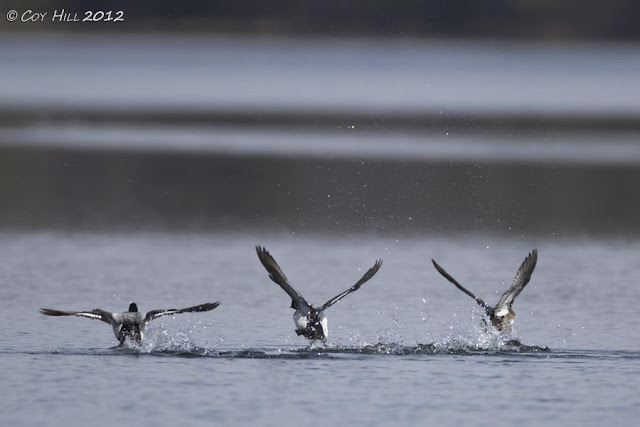 I was experimenting with handling the 600mm lens on board the boat during this outing.  Its sheer size and weight precludes hand-holding it for any period of time.  For these shots I was using a folded tripod as a monopod.  The pod made it easy to support the lens but the boat movement made focusing and shooting extremely difficult.  Even though the water was fairly calm the rocking of the waves played havoc with getting good shots.  I did find that keeping the boat under power smoothed out the motion somewhat.  Here two male and a female lesser scaup takes flight. 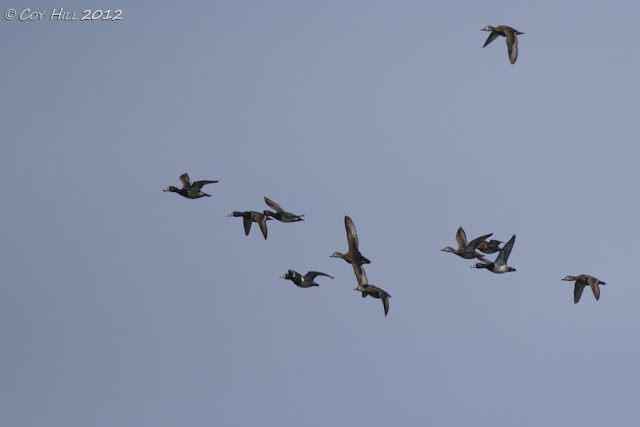 A flock of forty or so ring-necked ducks were also present.  These migrants as well as other divers always stop in for the spring perch spawn.  I have seen no indication that the perch spawn has started but with the warm temps I expect it to begin any day. 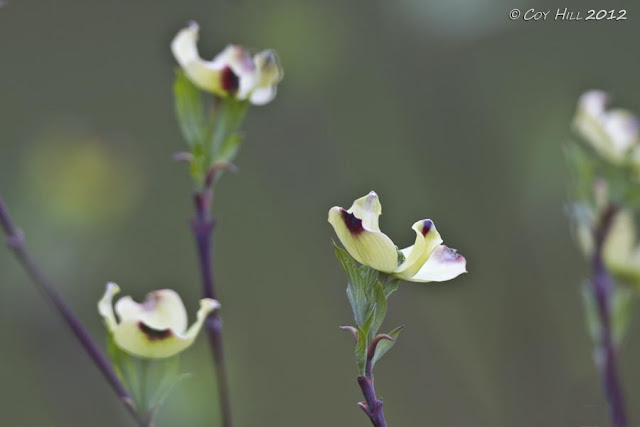 Trees of all types are bursting into bloom.  These dogwood flowers are two to three weeks early.  Friday evening found me mowing the lawn; the first I have ever needed to mow in March!
Posted by Coy Hill at 3/24/2012 07:19:00 PM

Gorgeous waterfowl shots. That's become a new fascination for me...capturing waterfowl on the wing. Not sure if I have the right equipment, or maybe not technique yet. Your pictures are a great inspiration!

We've greened up here tremendously during the past week. I love that grebe shot, Coy! That's wonderful!

Awesome shots! I love the solitary duck "walking on water" as he took off. :) Really cool!

I love that shot of the dogwood! Our weather always seems to be opposite of what's happening in the Lower 48. We've had colder than normal temps for March, cold enough that they are going to keep the Ice Park open for an extra week, although the forecast is for warmer temps this week, mostly in the mid to upper 20s.