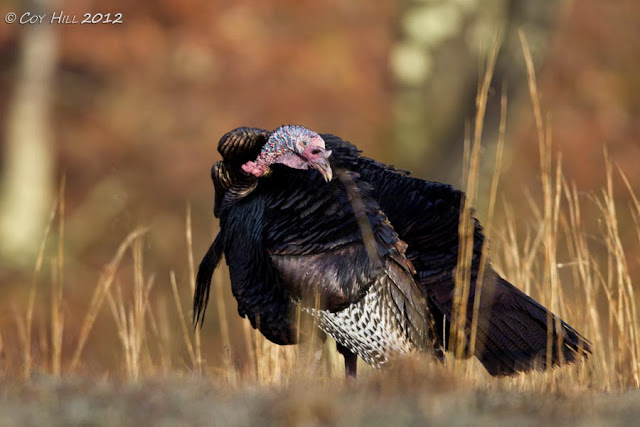 Documenting wildlife behaviour is one of my major attractions to wildlife photography.  Thus this morning's encounter with a flock of mature wild turkey gobblers was made even more thrilling when the entire flock began preening.  Whereas deer will groom both themselves and also other members of the herd; the gobblers were content to groom only themselves. 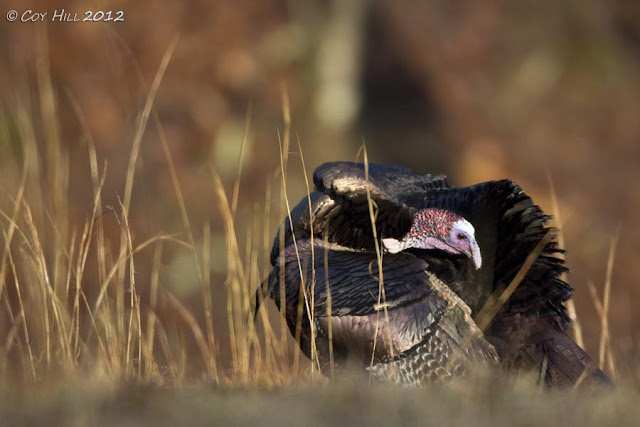 A gobblers head can change color rapidly; take note of the color change between the first photograph and this one taken just one minute later of the same bird. 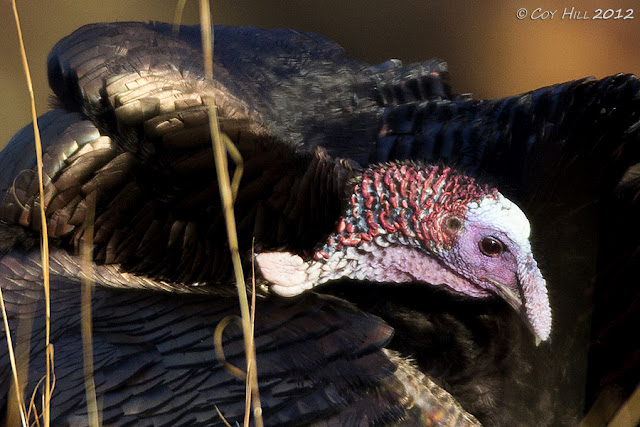 A close-in crop of the second image reveals his extended snood.  Again this change from the short stubby snood in the first image took place in the space of about a minute.

I shot the above photos with the Canon 60D & a 600mm lens.  While the 600 was working quite well for shooting detailed images of one individual bird it was too much lens to capture the entire scene. 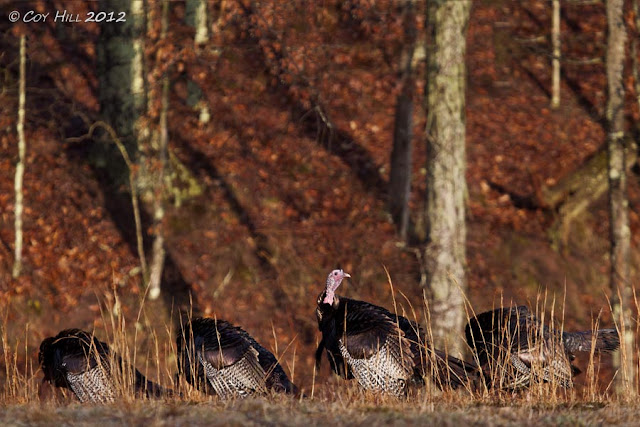 Scooping up the Canon 30D & the 100-400mm lens I hand-held and zoomed to 285mm to compose this shot of the flock standing single file.  Three birds are busy grooming while a single bird keeps his eyes peeled for danger.

Having a camera and lens of a different focal length handy and ready to go can pay dividends.  In this case the zoom lens on the second camera allowed me to capture the rest of the story.
Posted by Coy Hill at 3/01/2012 08:05:00 PM

As usual the pictures are all great,but that last one takes the prize. I love that warm light.

Lovely series! You've been doing extremely well with the turkeys.