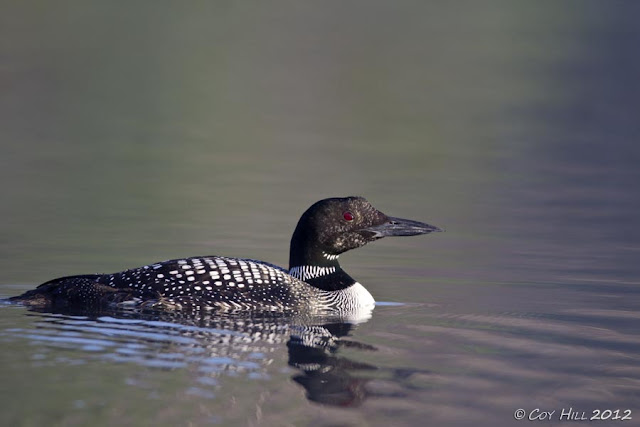 Common Loons typically arrive in my area some time around late March to early April.  My first sighting this year occurred on April 14th.  That day I spotted two loons but they were boat-shy and repeatedly submerged while I was still about 100 yards distant; too far for good photographs with any lens.

However my luck changed April 20th when I spotted this lone loon hanging out near the breast wall of the lake. 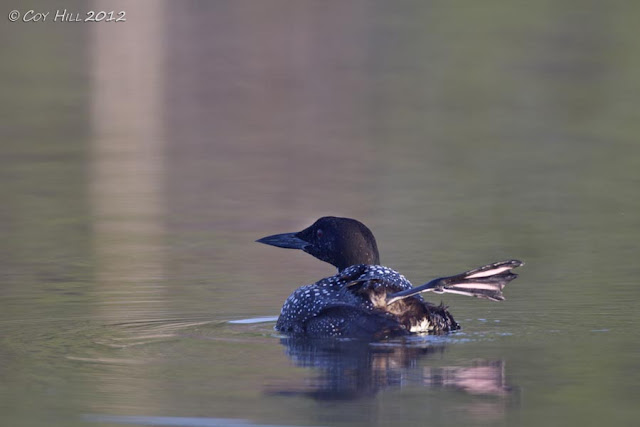 The loon remained calm as I approached to within less than 30 yards. 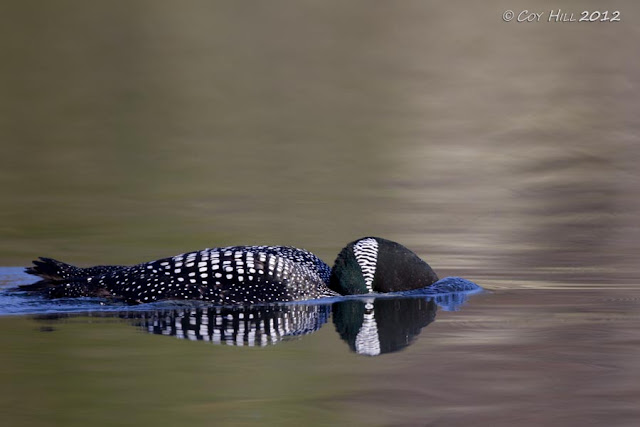 Soon the loon ducked its head underwater and began searching for a morning meal.  I have observed a number of fish-eating birds use this technique.   The loon cruised for a short while until it located a school of shad. 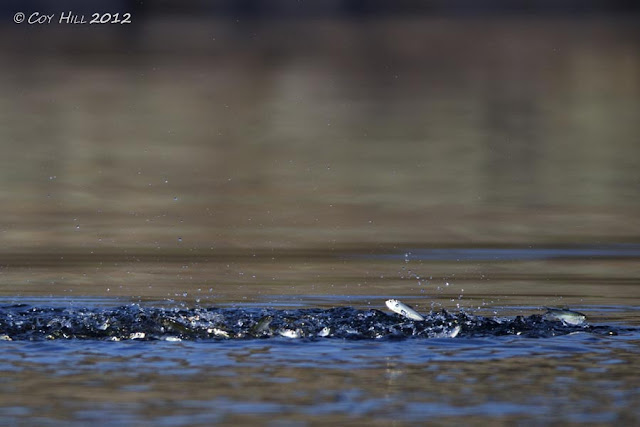 I was able to track the loons underwater movements by the eruptions of shad fleeing on the surface. 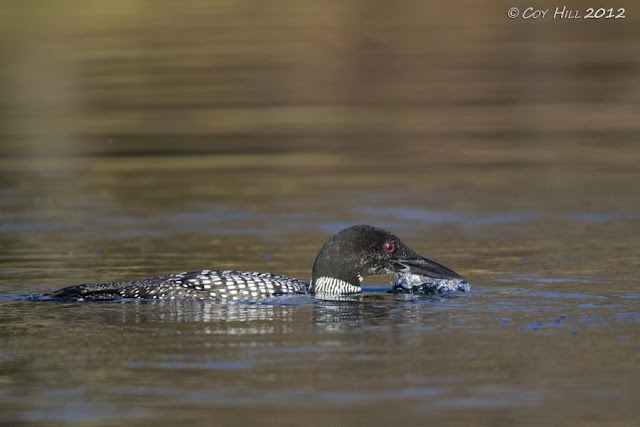 Loon moments after surfacing from feeding

Repeatedly I tried to capture the loon as it surfaced but each time I was behind the curve.  The narrow field of view of the 600mm made following the fast paced action difficult.

In previous years I used a Canon 100-400mm lens for all of my boat/waterfowl shooting however this spring I have been using the 600 F4 almost exclusively.  The 600mm is nowhere nearly as handy as the little 100-400mm which can be shot handheld when light levels allow. The 600 is too heavy to support hand-held for long and I have resorted to setting the tripod on the front of the boat.  With a gimbal head it works well tracking swimming birds as long as the water is reasonably calm, however I have found it very difficult to operate the boat and track flying birds simultaneously.  Despite its drawbacks (weight & bulk) the superior range and sharpness of the 600 F4 IS is well worth the additional effort.

What a gorgeous bird. My favorite! I'm envious of your timing and gear...

These are amazing close shots.

Impressive shots of the Loon! We saw two pair of Loon at our local lake yesterday. I have to shoot from shore, and they always stay too far out...I took a couple shots though.