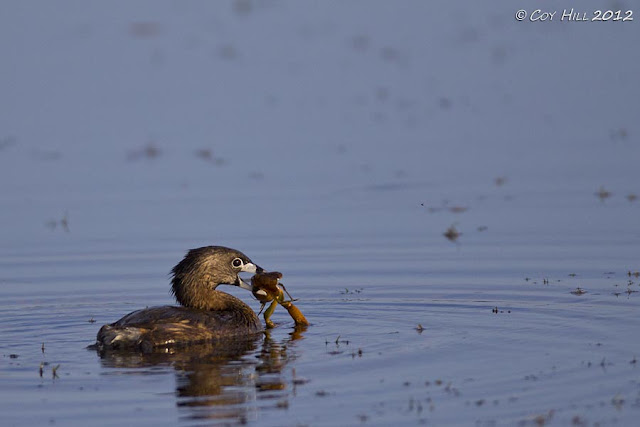 Pied-billed grebe are the most common nesting grebe is the eastern US.  Their range extends from our southern border well into Canada. The pied-billed grebe's diet consist mainly of fish, aquatic insects and crustaceans. 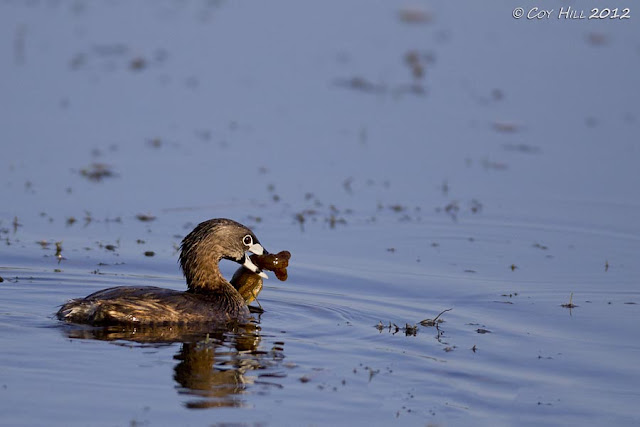 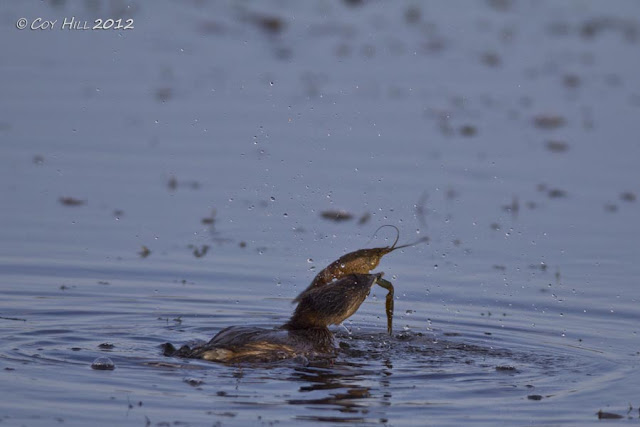 Grasping the crayfish with its stout bill, it repeatedly shook it violently to break its body into manageable pieces. 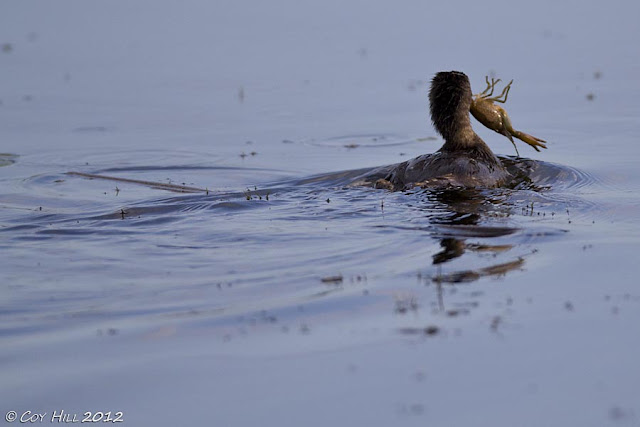 The grebe's catch attracted the attention of other a group of coots who pursued the grebe attempting to steal the crayfish.  The little grebe responded to their attempts by swimming rapidly away to a more secluded area.

Looks like more than he can handle. Good pictures of the action.

Great images. We enjoy the wonderful photo ops at Viera Wetlands, too.

Great capture. My CC is up too.

Terrific sequence of events, and you captured it nicely!