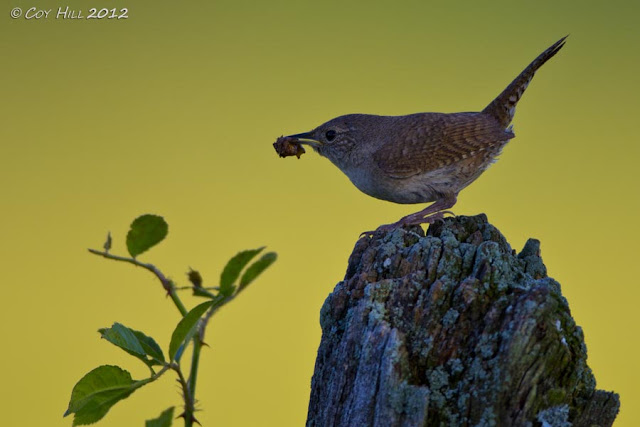 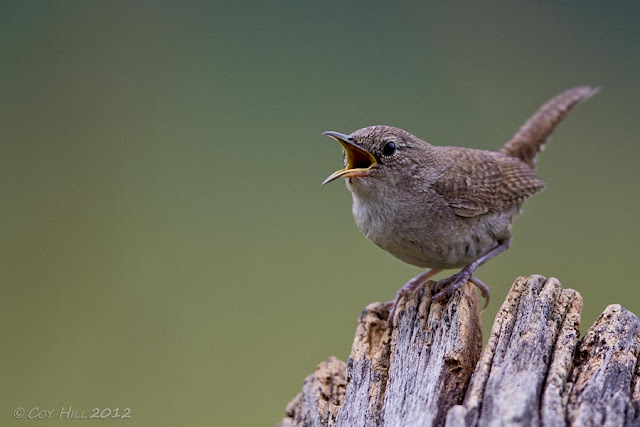 I had noticed an old snag standing near a back road where I frequently spotted meadow larks singing.  Deciding to use the car as a blind I parked the car in a position where I could rest the lens on the window sill.  After waiting for a few minutes a house wren began scolding me from the top of an old fence post. 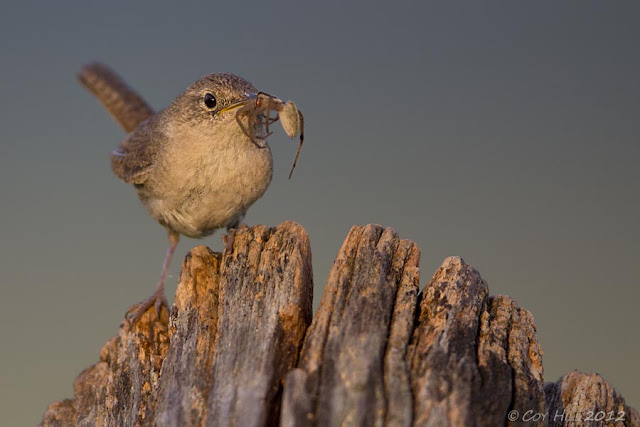 It soon became evident the wren had young inside the post.  Over the next hour the wrens carried insects and spiders to the young birds at the rate of 1-3 per minute. 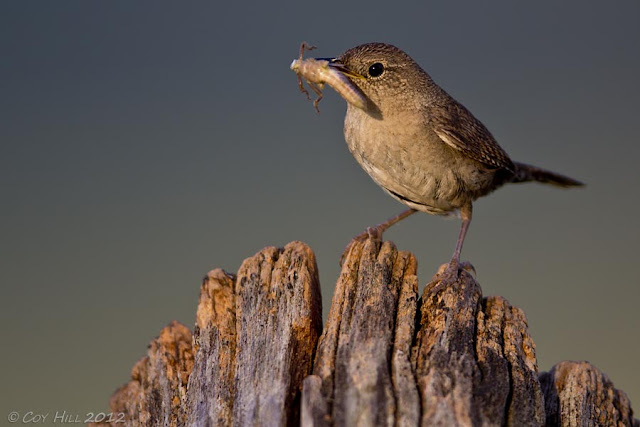 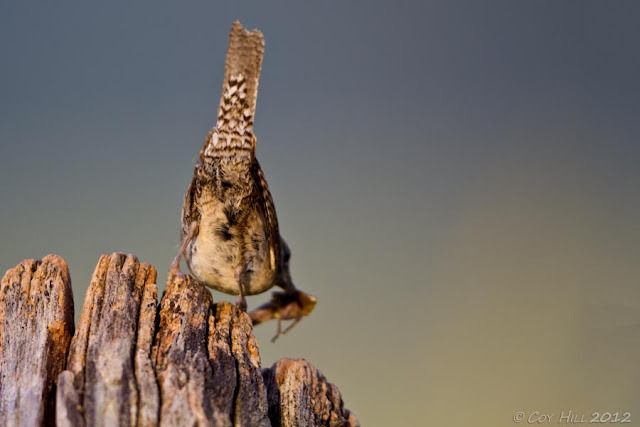 Before disappearing inside to feed the ravenous mouths impatiently waiting 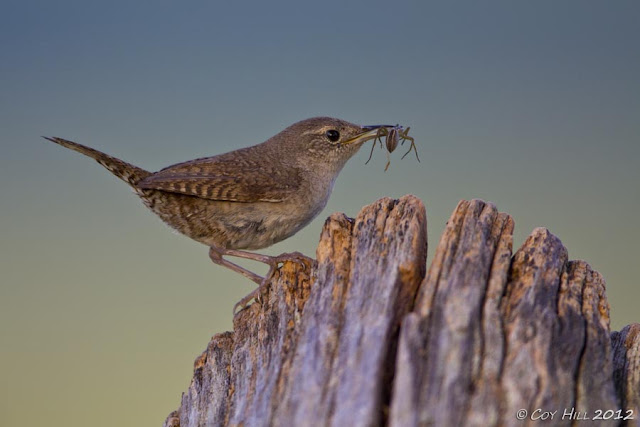 The Meadow Larks refused to perch while I was there.  Twice a bird flew up about to perch and then wheeled away; apparently not trusting my auto parked nearby.  However the little wrens more than made up for the larks lack of cooperation.
Posted by Coy Hill at 6/11/2012 08:14:00 PM

Great pictures. Looks like this Wren was very accommodating.

Very cool Coy! What strikes me about these images is that while they are soft and subtle and not vibrant and contrasty they are amazing shots. I think this is the mood you were trying to capture and you did an excellent job.

Excellent picture Coy... your House Wren is very much like our Wren here in the UK.. very small but can certainly let you know what they think.

Amazing amount of insects being fed to those little ones! Just imagine what the world would be like without the birds to keep the insect population down....

What joy to be scolded bu a House Wren and, after a while, to be accepted as safe after all.
I wonder how many little ones they had? The parents obviously had a full-time job hunting and gathering to satisfy their growing brood.
Wonderful captures that clearly show their diet.

Your patience in getting awesome bird shots is amazing!! Great work.