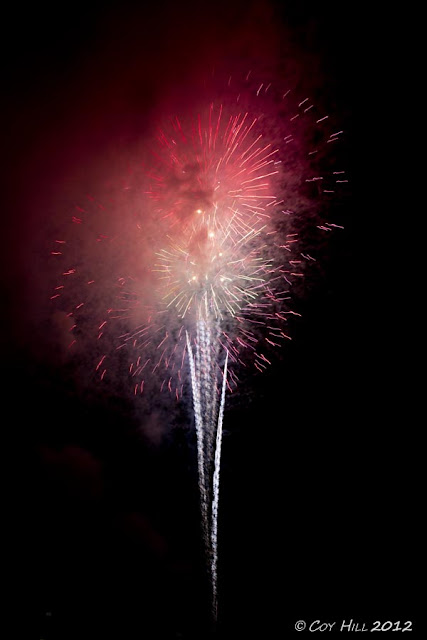 While my photography centers around wildlife occasionally I will give others subjects some attention.  With fireworks slated for 9:30 Friday evening at the Fulton County Fair I decided to give fireworks shooting another whirl.

These shots were all captured with the Canon 60D and the 24-105mm lens. 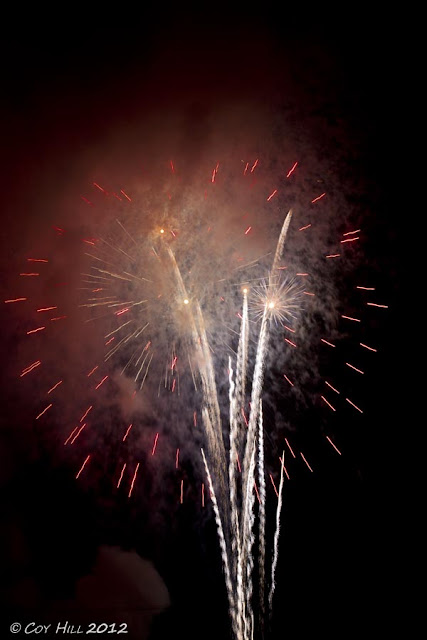 Fireworks is on place where I find it necessary to shoot the camera in manual exposure mode.  The trick here is to have a slow shutter speed to record the path of the flying sparks while still retaining the color in the fire. 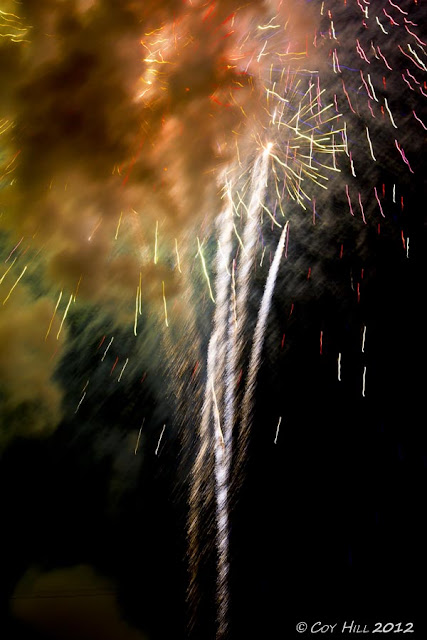 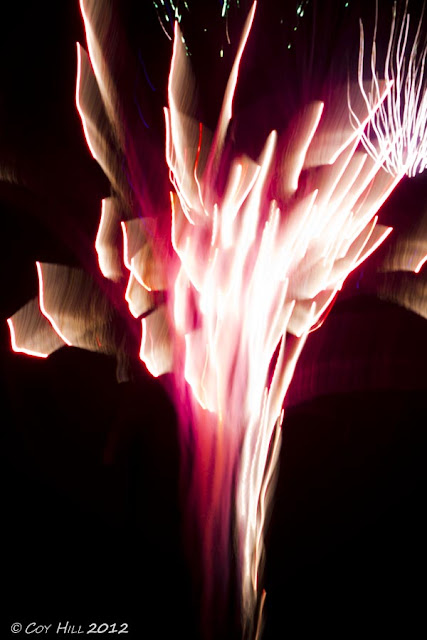 I cannot explain what happened with this image captured at ISO100, f8, .3sec but I do like the results. 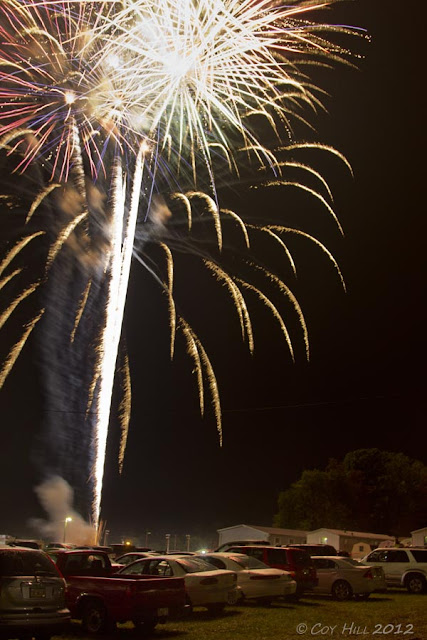 Trying to capture more than just the exploding fireworks (something Tom Dorsey over at Pa Wingers did earlier this year) I shot this image at ISO 125, f4, 2sec.  In the raw image the fireworks were over greatly overexposed with the foreground remaining dark.  Using Photoshop camera raw local adjustments I dropped the exposure 1.5 stops on the fireworks and increased the exposure by 2 stop on the cars and building in the foreground.
Posted by Coy Hill at 8/19/2012 08:53:00 PM

Nice job! Sometimes we just have to shoot things other than wildlife. The only thing I hate about shooting images of fireworks is that I miss seeing the fireworks.

NIce captures of the fireworks. That's not easy to do.

Nice! The fireworks displays here are mostly on New Years Eve, so I've never really made too much effort to figure out how to shoot them--guess I'm just a bit wimpy....