Time out for the Fulton County Fair 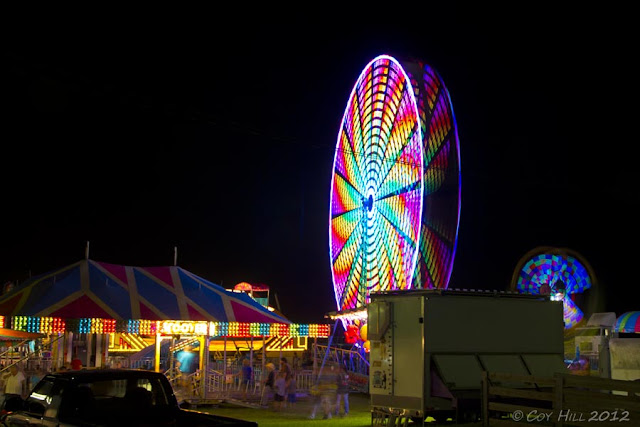 August is Fair time so as our tradition my wife and I set aside an evening to visit the Fulton County Fair in McConnellsburg Pa. 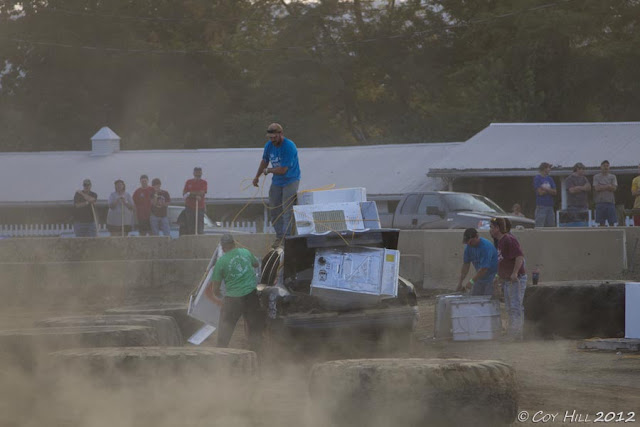 The feature event was an appliance race.  In case you are not familiar with an appliance race it is part race and part demo derby.  Each car's pit crew loads appliances, one at a time with the car having to complete three laps around the track before loading another.  The pit crew is provided with five appliances and 100ft of rope. 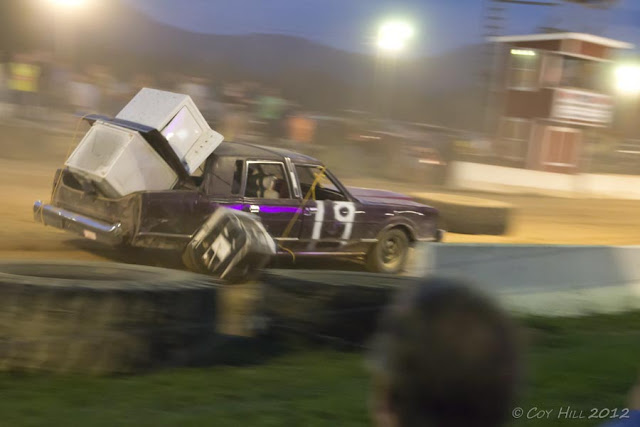 The idea is to attach the appliance securely to the car; sometimes its not as secure as it should be. 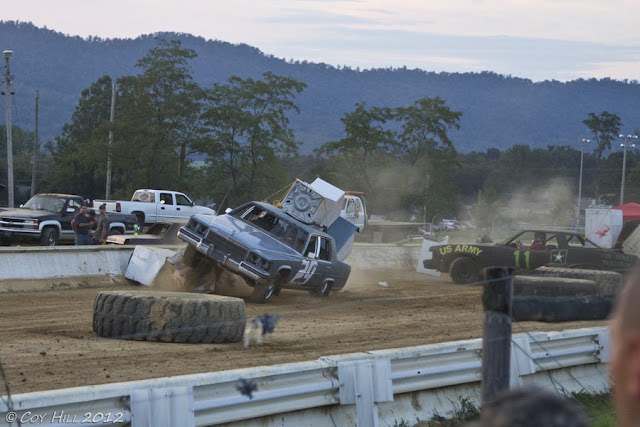 Appliances dropped on the track can give a driver a nasty jolt. 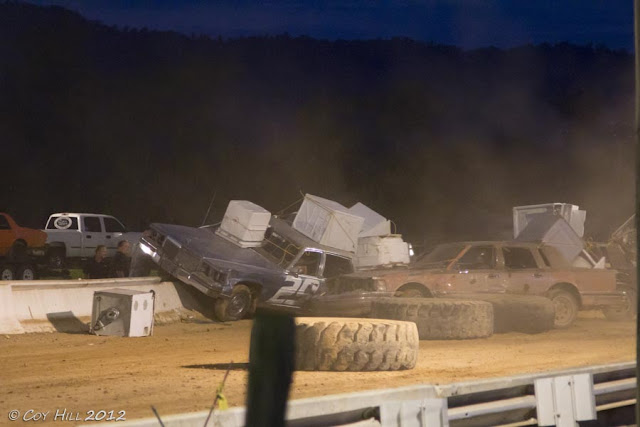 And a well placed hit from an opponent can put a contestent out of the game.

Lovely shot of the ferris wheel! The appliance race is new to me. Looks like they all had fun.

Great shots of the bright lights and fun festivities at the fair!

Love that ferris wheel shot the best. The others are nice as well.