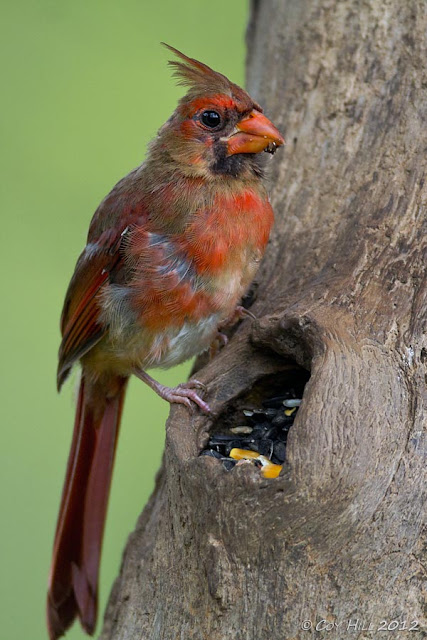 Northern Cardinals molt from late summer through mid autumn.  While most of the year the male cardinals red plumage is strikingly beautiful, during the molt their appearance can be offputting.  The first two images posted were captured at our natural birdfeeders this morning. 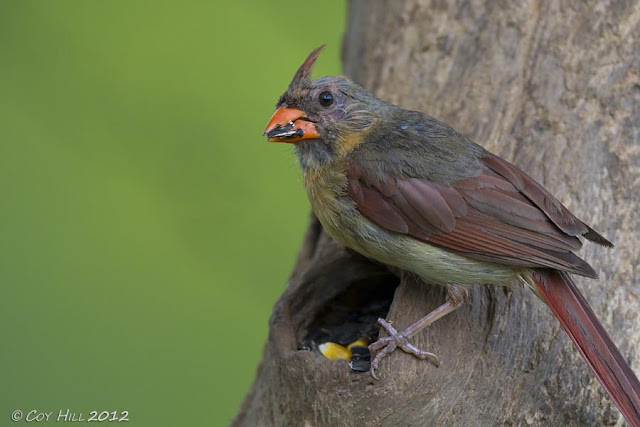 The females molt during the same timeframe.  While not as colorful as their mates when fully feathered, they are just as ragtag during the molt. 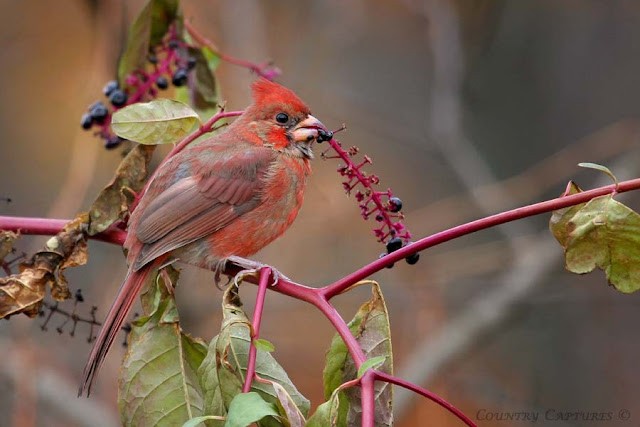 However just because birds are not fully feathered they are still worthy of one's time and effort to photograph them.  This image captured on October 31st of a molting male eating poke berries is featured in a double page spread in the 2012 September/October edition of Pennsylvania Magazine.

Your photos are always spectacular! The Cardinals are gorgeous, even when molting. I totally want to have some natural bird feeders! You should do a post on that!

In spite of the molting, they are still beautiful birds! Nice shots!

Hi Coy,
is this kind of bird it here in Germany only to admire the park or zoo .. your pictures are absolutely top class again
greetings Frank

Nice shots- they are still remarkable, even while molting!

Gotta love those Cardinals! I really like your photos of them, molting or not.

Gorgeous capture! I saw something like this in the first photo, but thought that it was an immature cardinal!

Hopping by from Camera Critters.
Flowers and Butterfly

Beautiful shots and those are the neatest bird feeders.

They do look a little ragtag. Congrats on getting your photo published. It's a wonderful shot!

Great photos! They sure look ratty when they molt.

They'll soon have brand new feathers!
Congratulations on having that great shot published!