Wildlife on the Move 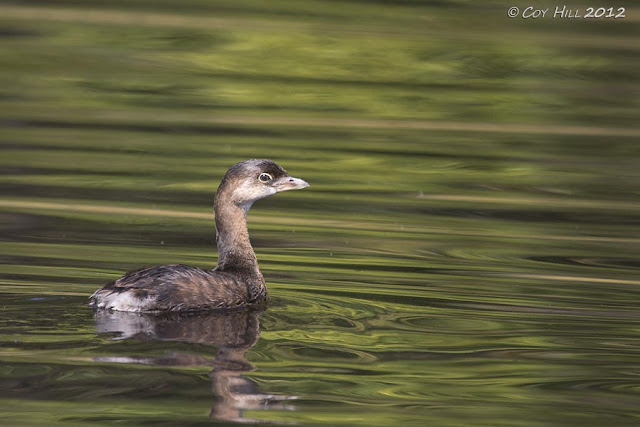 Pied-billed Grebe
As autumn approaches migratory wildlife is on the move.  Each species moves on its own time schedule with some starting earlier than others.  The male ruby-throated hummingbirds that frequented my feeders during the summer left a few weeks ago with only females/immatures left behind and their numbers have dropped dramatically over the past few days.  The gray catbirds that nested in the evergreens around my home, and who terrorized my wife when they apparently had a fledgling on the ground have been gone for some time.  Although our area is listed as breeding territory for the Pied-billed Grebe I have never seen any here during the summer.  A week ago I spotted the first bird of autumn during a visit to the local lake.  Although I was able to spot and identify it; no situation suitable for a photograph materialized.  Visiting the lake again yesterday I spotted four Pied-bill Grebes, two individuals and one pair, the most I have ever spotted during a late summer/autumn outing.  The individuals were uncooperative, diving before I could get into camera range, but the pair showed little concern while I slowly moved the boat into position. 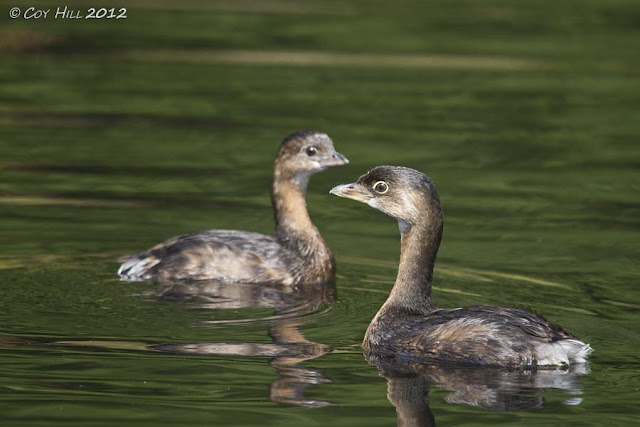 The birds began to watch me closely once I had approached to within ten yards of them but instead of diving, their normal evasion tactic, they instead chose to watch for my next move. 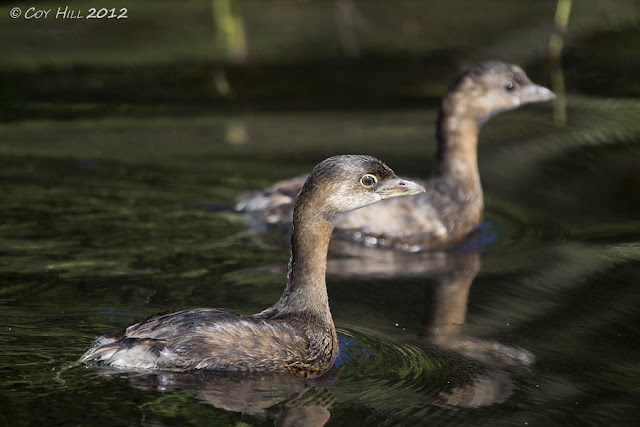 As I drew even closer the little grebes swam along the shoreline, heading out to deeper water.  Since I preferred images with vegetation reflections for a background I chose not to follow.
While I have come to expect to see Pied-billed Grebes both spring and fall they are a species in trouble in some parts of their range.  Connecticut, New Hampshire, and Illinois have declared the Pied-billed Grebe as endangered.  New Jersey and Massachusetts list them as threatened where as Rhode Island considers them locally extinct.

Very interesting about the pied-billed grebes. I photographed some a couple of weeks ago but didn't realize the are in danger in the Northeast.

I know of a marsh where they breed. They are very shy, though.

Very nice. I don't remember seeing these before. Thanks for sharing your great work with us out here in blog land.

I found some this summer at the Sackville Waterfowl Park in Sackville, New Brunswick.

Nice photos of the Grebes. They're very interesting birds.

Pretty little birds and lovely photos. We are at the tail end of the migration here. Sad to see them all go.