Waterfowl on the Move 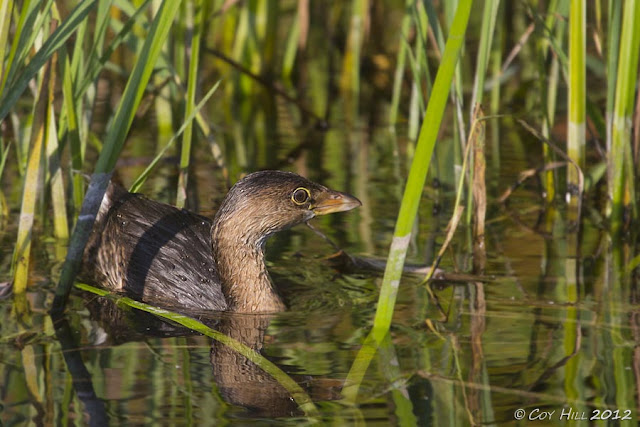 Spending a few hours on a local lake Friday it was evident that the fall waterfowl migration is gaining momentum.  The number of pied-billed grebes has grown considerably in the past week.  Whereas I had been spotting just four pied-billed grebes during each visit the last few weeks on this visit as I trolled the length of the lake small groups of grebes were feeding along the entire shoreline.  Most were wary of the boat however this one allowed me to approach very closely. 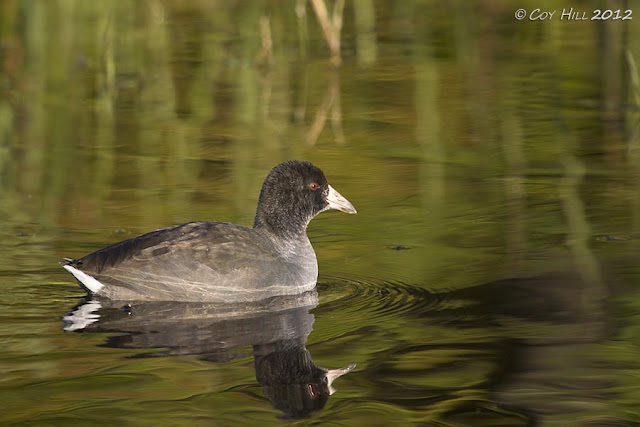 The surprise of the day came when I encountered a coot feeding near the shoreline. 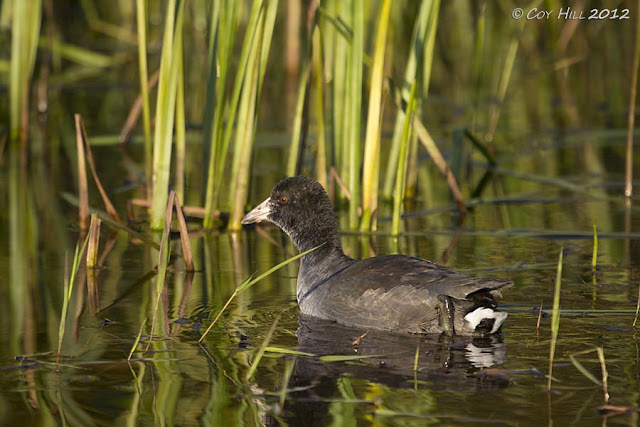 While coots are a common enough bird, finding them in my area is uncommon.  I could probably count all of my local coot sightings on one hand.  The best part of the sighting was that the coot wasn't the least concerned about my presence and continued to feed regardless of how close I approached. 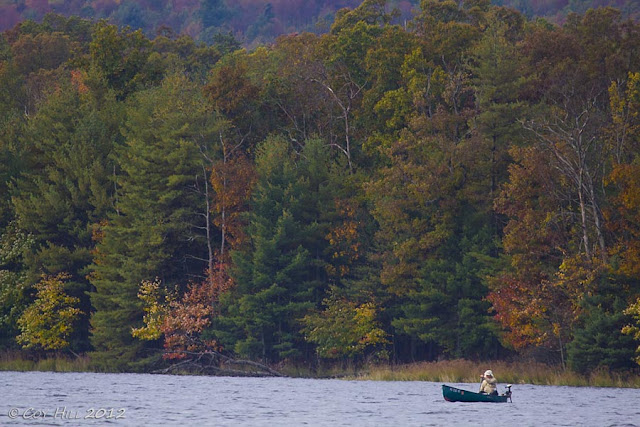 By mid-day the calm morning had given way to windy conditions as dark clouds scuttled across the sky.  With the lake becoming increasingly choppy it was time to leave but not before snapping this shot of a canoe posed against a tapestry of autumn color.

i am hoping one or two pied-bills will winter with us here in texas again. i love those tiny waterbirds. have never had a coot here, though. :)

Lovely pictures of both the Grebe and the Coot. Of course those fall colours are so pretty.They are all but gone here now.

Beautiful photos, Coy! I especially like that last one with the backdrop of fall colors.

I love the coot! one of my favorite birds.

Wow these are wonderful shots Coy. Love the green reflection adn the colors of the water. It gives the subject a fantastic atmosphere!

Gorgeous shots! The migration action here is over, although my husband did see a few Canada Geese flying in formation yesterday. I'm catching up after visiting family in Washington and Oregon the last two weeks. I love your fall color reflection shots and all the photos from Winslow Hill. The ones of Limpy with the sun reflecting off his antlers are superb! Well done!!