The Difference of a Year 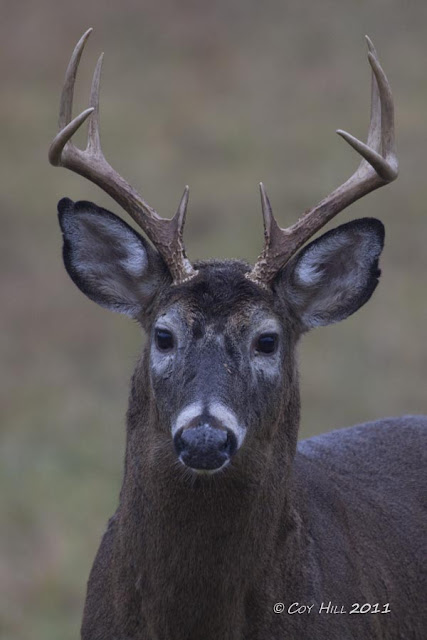 November 2011
With our whitetail rut in full swing I have been spending nearly all of my free time in pursuit of this year's crop of bucks.  Refreshing ones memory from the photo archives of the previous years helps identify some individual animals.  While some whitetail bucks are rather generic and are difficult to identify from one year to the next; this buck is easily identified by his distinct coloration, facial characteristics, and body build.  During the rut the bucks travel outside of the area where they spend the remainder of the year.  That seems to be the case with this particular animal as it is only periodically during the rut that we encounter him; however Willard has photographed him on a couple of occasions during the summer feeding some miles away. 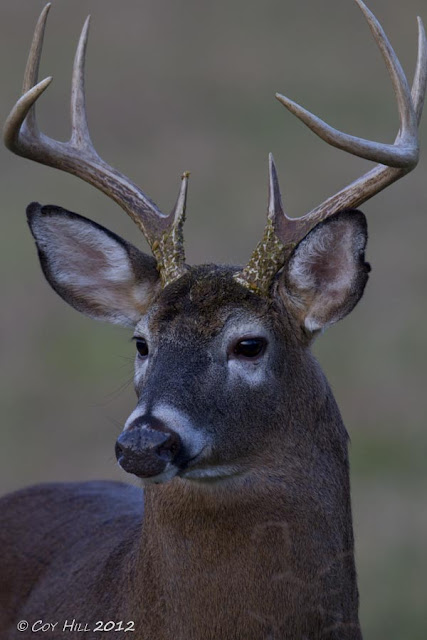 November 2012
Having the opportunity to photograph a small number of bucks over the course of a few years and documenting their development as they grow from young bucks into beautiful mature breeding bucks is a delightful part of my wildlife photography.  While following individual animals over the years is not to difficult in places like Shenandoah National Park; following them in hunting country is a different matter entirely as most are taken during the first year that they have legal antlers and of course their life is always in danger from poachers.  That's what makes a buck like this handsome fellow particularly special to me.
Posted by Coy Hill at 11/11/2012 08:17:00 PM

Unusual markings, and fun to follow an individual animal over several years. Nice shots, by the way.

wow yes it is nice to be able to follow them like this. Two nice pictures Coy!!!