Unplanned Captures during the Whitetail Rut

How often do we go shopping for one item only to return with another?  Or take a trip to a particular destination only to make a side stop that becomes the highlight of the day.  The same happens to the wildlife photographer.

For the past few weeks I have been concentrating on photographing the whitetail rut, spending every available morning and evening setup and waiting in spots where I can expect a good possibility of a whitetail buck encounter.  While the encounters do happen there is also much more happening around me; so instead of ignoring the other wildlife activity I swing the camera into action and make some "unplanned" captures. 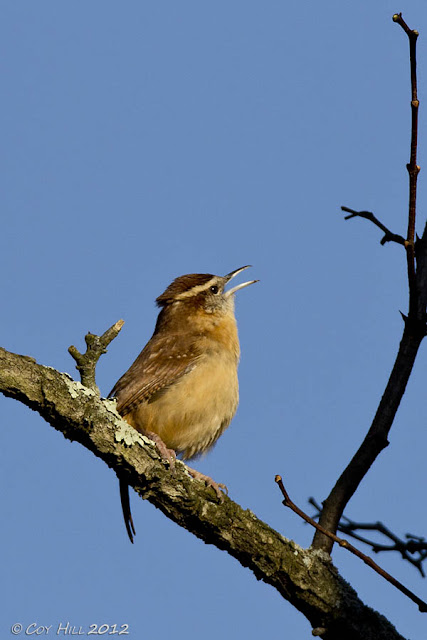 Carolina Wren
One evening as the sun was nearing the horizon a little Carolina Wren flew into a nearby tree and began singing.  Still photography cannot record the little bird's song but it can capture its beautiful form. 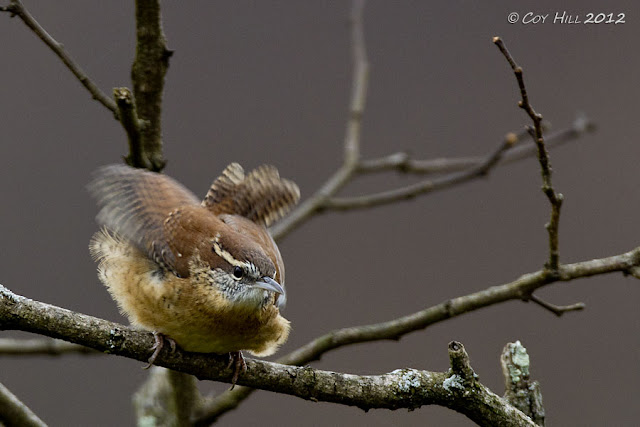 Carolina Wren Scolding
Another evening, cloudy this time, a wren perched nearby and began scolding.  The blur of motion in the wings and tail tells the story better than if the bird had posed for a sharp portrait. 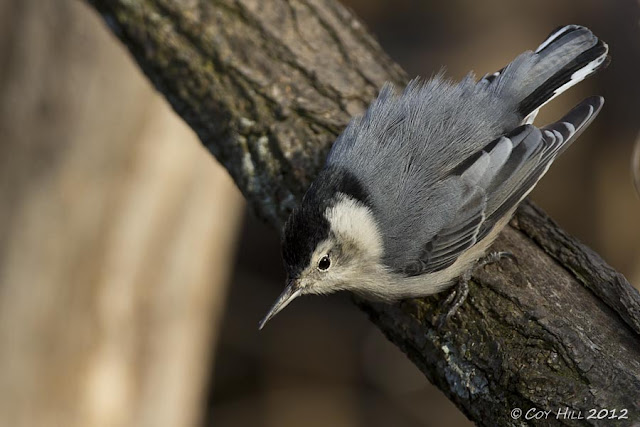 White-breasted Nuthatch
A white-breasted nuthatch landed nearby and sat motionless as it eyed me closely.  These little birds seldom stop for more than a moment.  This close encounter allow me to discover something unique about this individual bird.  Look closely and you will see that it has a crossed beak, something I did not notice until I was processing the image. 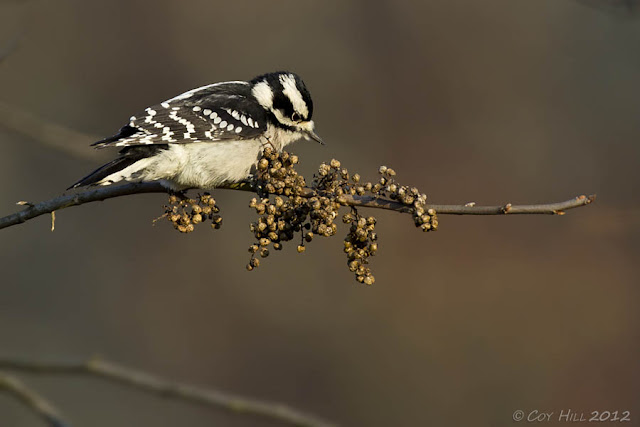 Downy Woodpecker
Here a downy woodpecker feeds on poison ivy seeds.  For years I though of poison ivy as just an obnoxious plant to be avoided.  Now after a few years of wildlife photograph I have learned that a number of wildlife species feed on its seed in late autumn and winter.
Just off the top of my head I can think of watching nuthatches, pileated woodpeckers, tufted titmice, juncos and flickers feeding on poison ivy.  Just this morning I was able to add wild turkey to the list as I watched a gobbler fly up into the low branches of a pine tree to feed on a vine that had grown up into the tree. 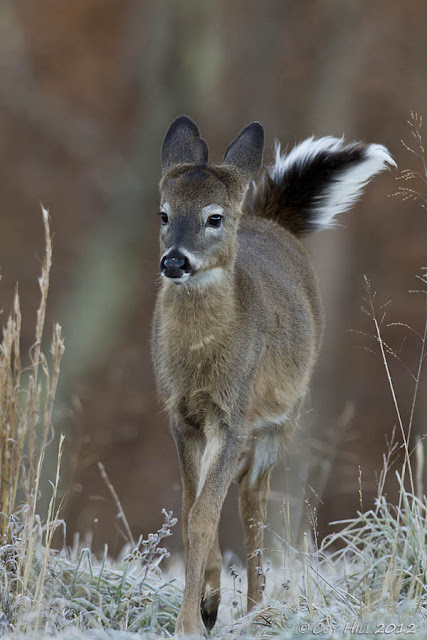 And no post about the rut is complete without a deer.  Since rutting bucks are the game a photo of a fluffy little fawn trotting through a frosty field is an unplanned capture as well.

In short, don't get hung up on a single subject when there is so much more happening around you.  Take the "unplanned" or "unexpected" shots when they avail themselves.  They may very well be the best captures of the day!
Posted by Coy Hill at 11/22/2012 07:56:00 PM

What an amazing collection of unplanned shots! That is really different to have this Nuthatch with a crossed bill.I hope it doesn't impeded his feeding habits.I love all things bird,but I must say the fawn is by far my favourite in this series.

Lovely series! That last shot of the deer is my fave.

Wonderful shots of the birds and the deer.

Wonderful shots of the birds - love the scolding wren. A great capture of the beautiful young deer with tail flying.