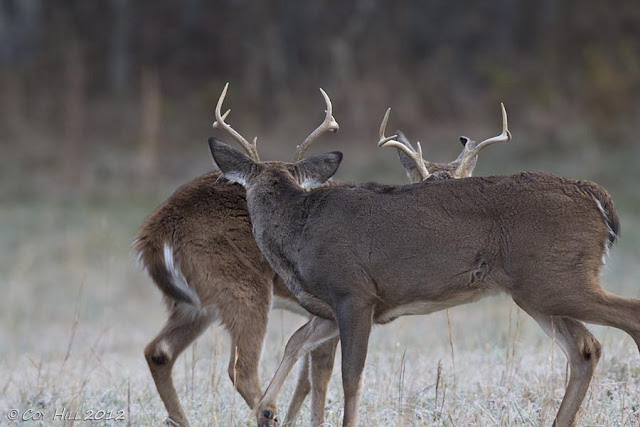 As I watched these bucks coming together it was unclear what was about to happen.  With the six-point was displaying very aggressive body language it appeared that a fight may ensue. 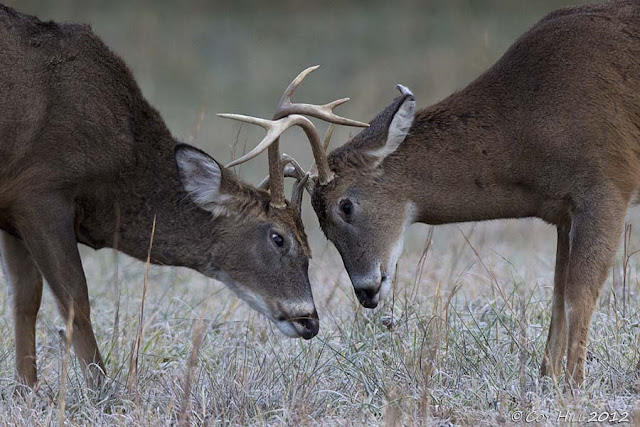 As the two met it became evident that they were only interested in a sparring match. 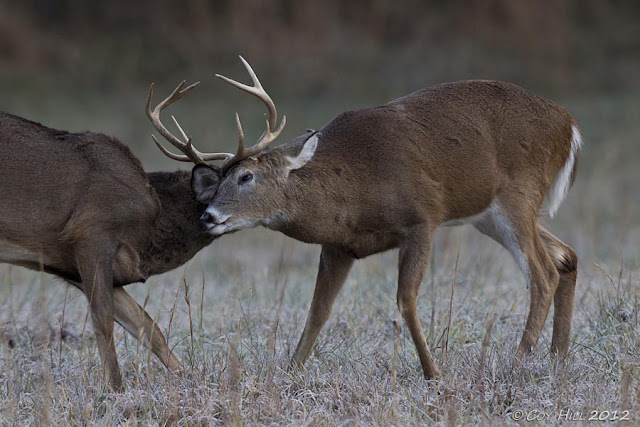 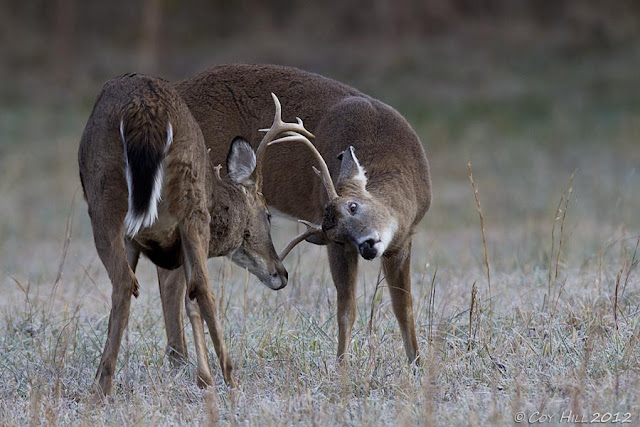 This shot is my favorite from this sparring match.

Cool captures of the battle.

Beautiful pictures of the deer in combat.
Beautiful color and beautifully sharp.