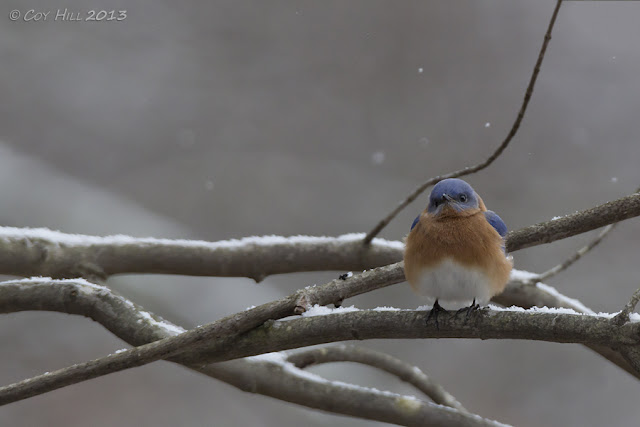 Male Eastern Bluebird
With a light snow falling, I headed out to see what I could find late this morning.  At my first stop I found a mixed flock of titmice and juncos feeding on the ground.  After mounting the camera to the tripod and closing the distance I was watching intently for a photo opportunity when this male eastern bluebird lit on a nearby snow dusted branch. 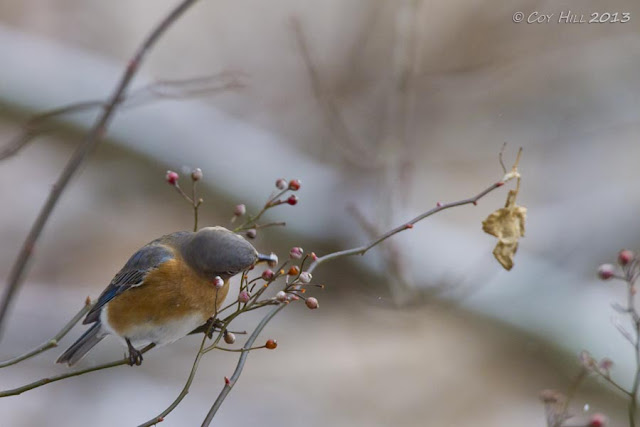 Female Eastern Bluebird
A moment later the female arrived, perching on a multiflora rose branch just below the male and began feeding on the rose hips. 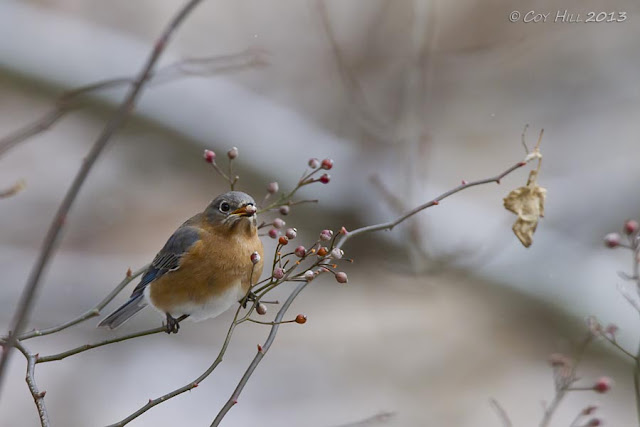 Female Eastern Bluebird with rose hip
While multiflora rose are considered by humans as an obnoxious invasive species, I am sure that the bluebirds would disagree.

I love the bluebirds, Gorgeous photos!

Perfect!. Bluebirds are so pretty and once again you captured that beauty so well.

Hi Coy!!! Beautiful. I´m not sure we have this bird in Sweden. Looks very nice with the blue colour

I wish we'd see more Bluebirds here! Have only seen them a couple times in 12 years. Lovely photos, Coy! (as always)