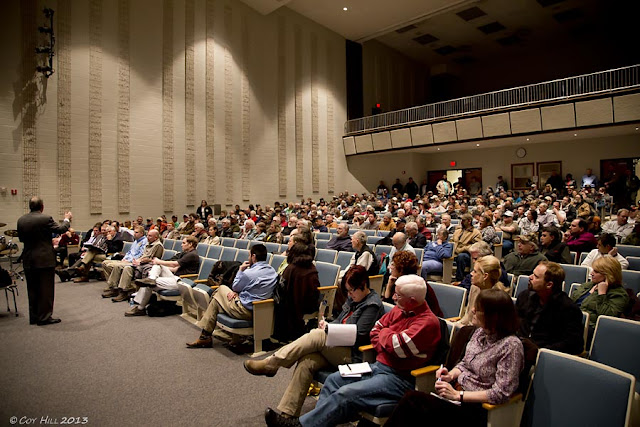 A public meeting concerning the draw-down of the Meadow Grounds Lake held in the Central Fulton High School was well attended.  Click HERE to read the meeting report at Pennsylvania Wildlife Photographer. 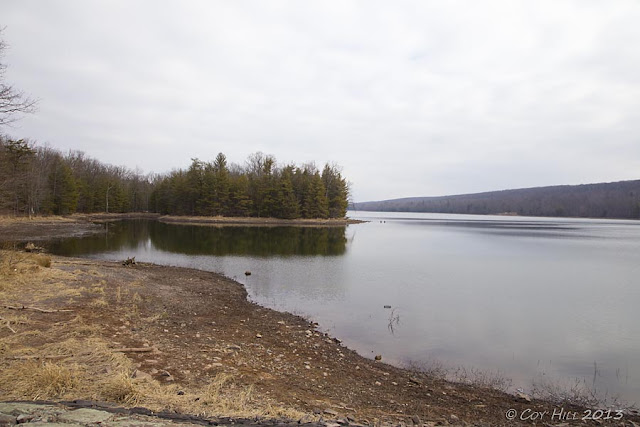 With the draw-down having been underway for three weeks the lake was down approximately six feet during my visits there Saturday.  This photo was taken looking northward from the west end of the dam.  I had originally planned on launching my boat to photograph waterfowl but the cold temps and the lingering effects of a bad cold kept me shore bound. 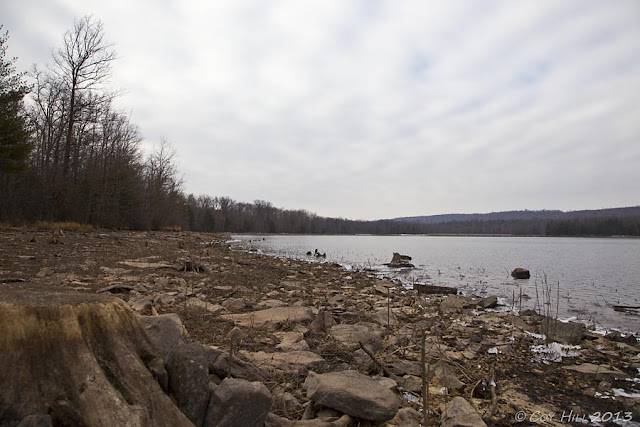 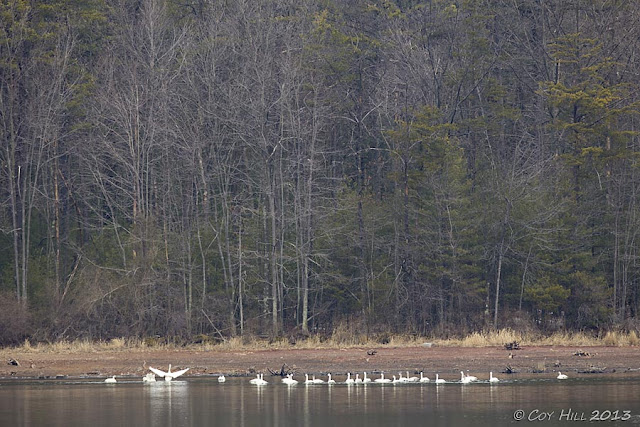 A flock of about 25 Tundra Swans were resting on the lake along with a number of Red-head ducks, Lesser Scuap, and Red-breasted Mergansers. 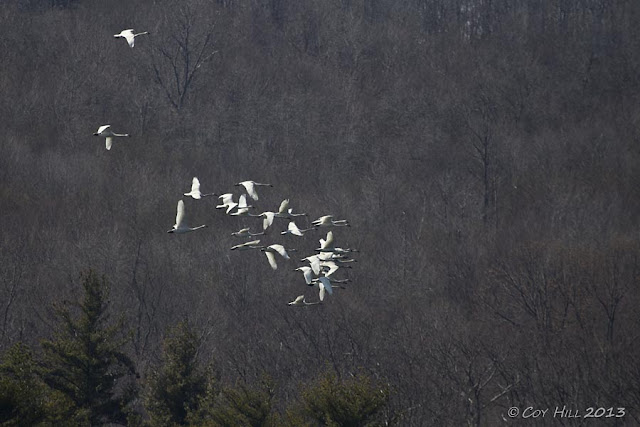 At 2:30pm the Tundra Swans lifted off heading North on the next leg of their journey.  On their return South this autumn they will find this resting spot missing. 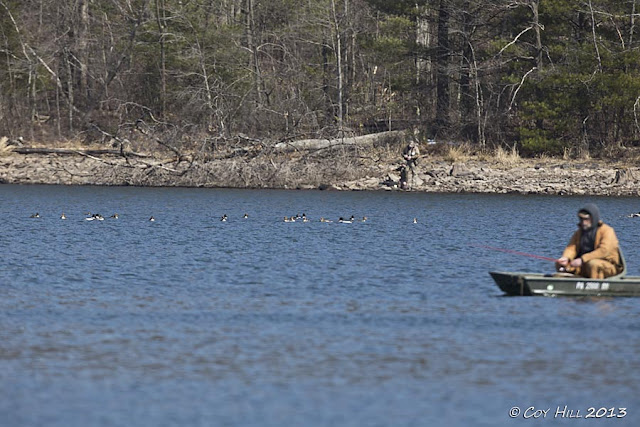 A few fishermen were on the lake along with the ducks.  Here you can see a raft of Red-breasted Mergansers between the fisherman in the boat and the fisherman on the bank.  From the what I was able to observe it appeared that the duck were doing the most of the fish catching. 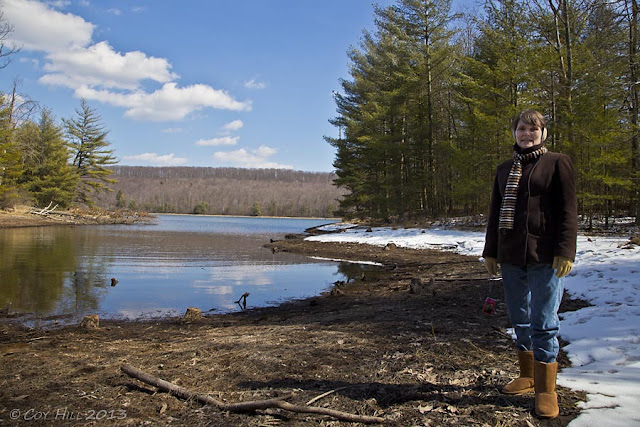 My wife and I walked to a small cove on the west side of the lake.  She is standing at where the waterline was during our last snowfall this past Monday. 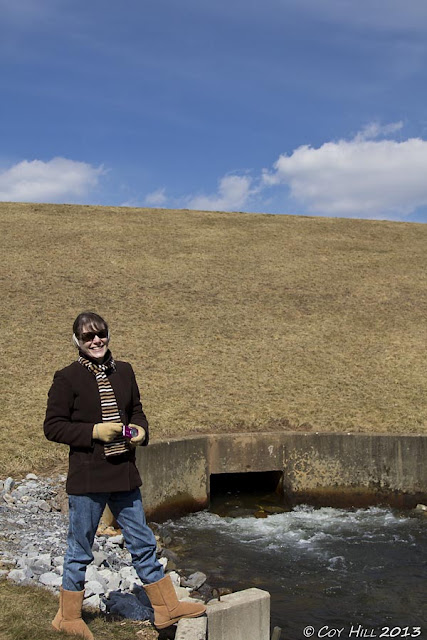 In a few weeks the lake will be empty.
The two questions that remain are:
Will the dam be repaired and refilled? and if so when?

Hopefully it will be repaired and refilled. It would be a shame to lose that wonderful wildlife habitat.

Well, let's hope they repair and refill it! It's sad when wildlife habitat disappears.

Hopefully they will come to a good decision.
Lovely pictures