On the Water: Raystown Lake 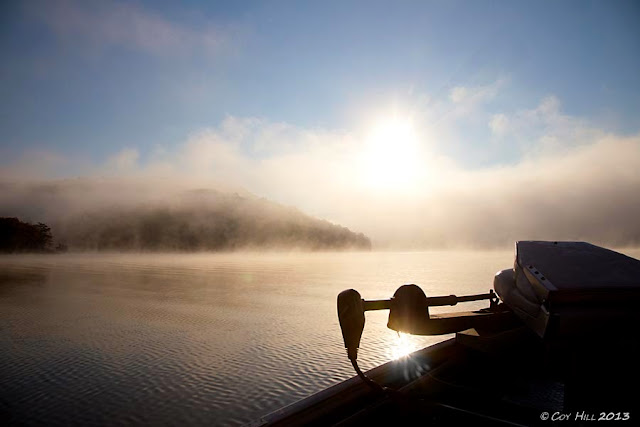 Yesterday, as I read today's weather forecast calling for mild temps reaching a high of nearly 60, I decided to burn a vacation day and spend today on the water.  Arriving at the James Creek boat ramp before sunrise I found the lake enveloped in a thick bank of fog.  It wasn't until after 9:00 am that the fog lifted enough to see the sun. 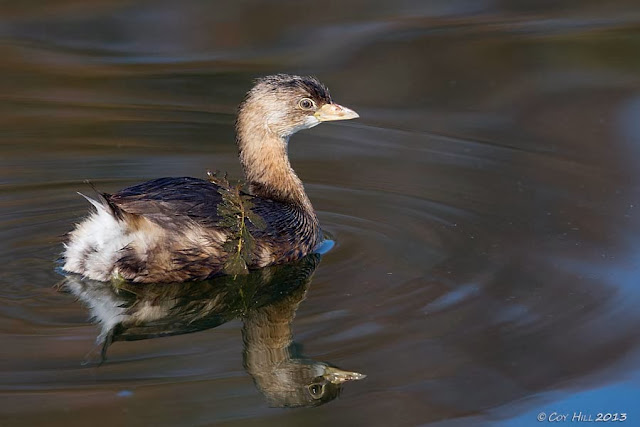 After the fog burned away I was motoring slowly along the shoreline with the electric motor when I spotted a little Pied-billed Grebe.  Scooping up the Canon 60D with the Canon 100-400 lens I slowly eased the boat towards the grebe.  While pied-billed grebes are normally more tolerant of humans than most of the duck species this particular bird was far more tolerant than most. 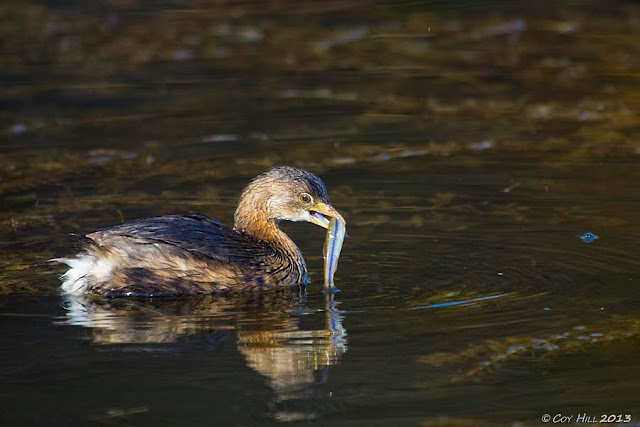 Not only did this little bird allow me to approach but it resumed fishing and rewarded me with a shot of it surfacing with a minnow grasp in its bill.  A few minutes later it again surfaced only a couple of feet from the boat with a tiny bluegill but none of the shots were sharp enough to be usable. 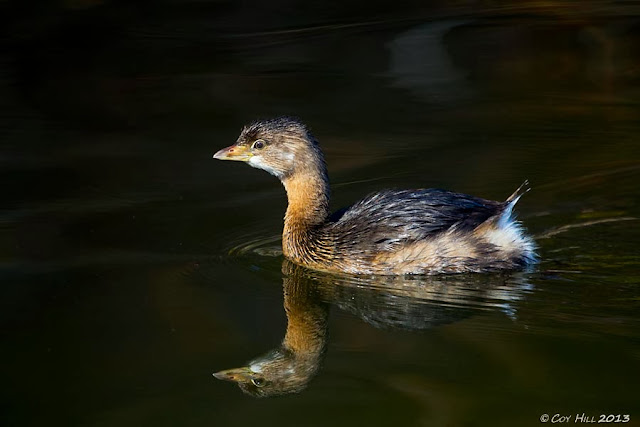 As the grebe swam about I was able to capture a number of reflection shots with this being one of the best of the series. 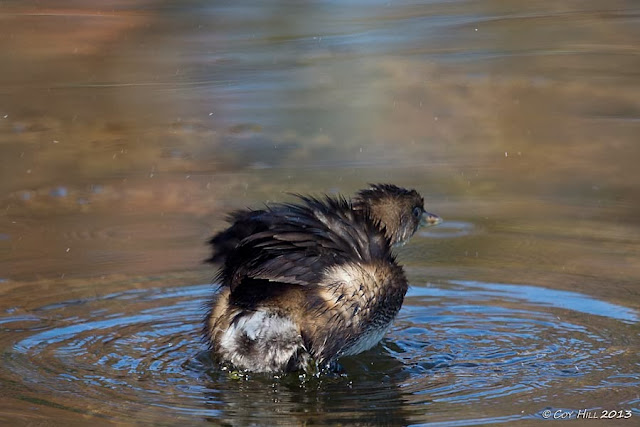 Appearing to stand up in the water, the little grebe shook its body apparently to dislodge water that had become trapped under its feathers. 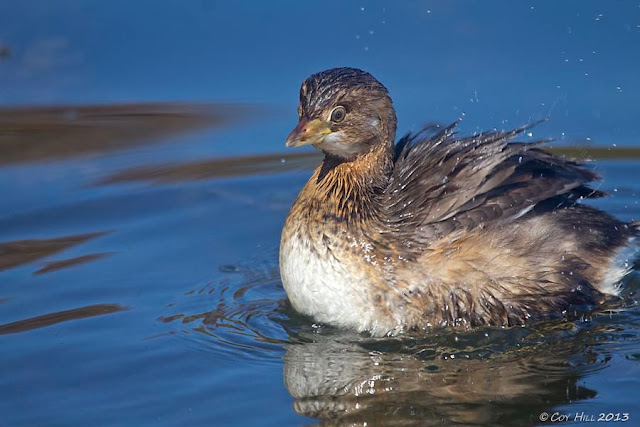 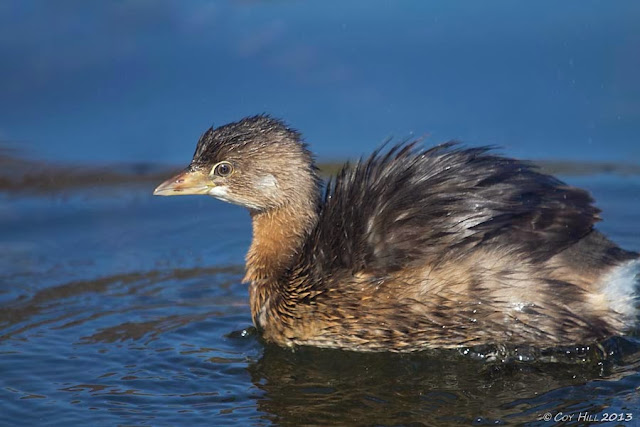 Freshly fluffed the grebe swam towards the waters edge and dived; in search of fish.  Satisfied with the grebe photo-shoot I took the hint putting the camera down and picking up the rod.

You got amazing shots of this little bird. I love the reflections.

Beautiful captures of the Grebe.

Wonderful shots of the grebe, and I like that foggy view of the sunrise. Well worth taking a vacation day!

Beautiful Pictures!!! Good you took a day of ..