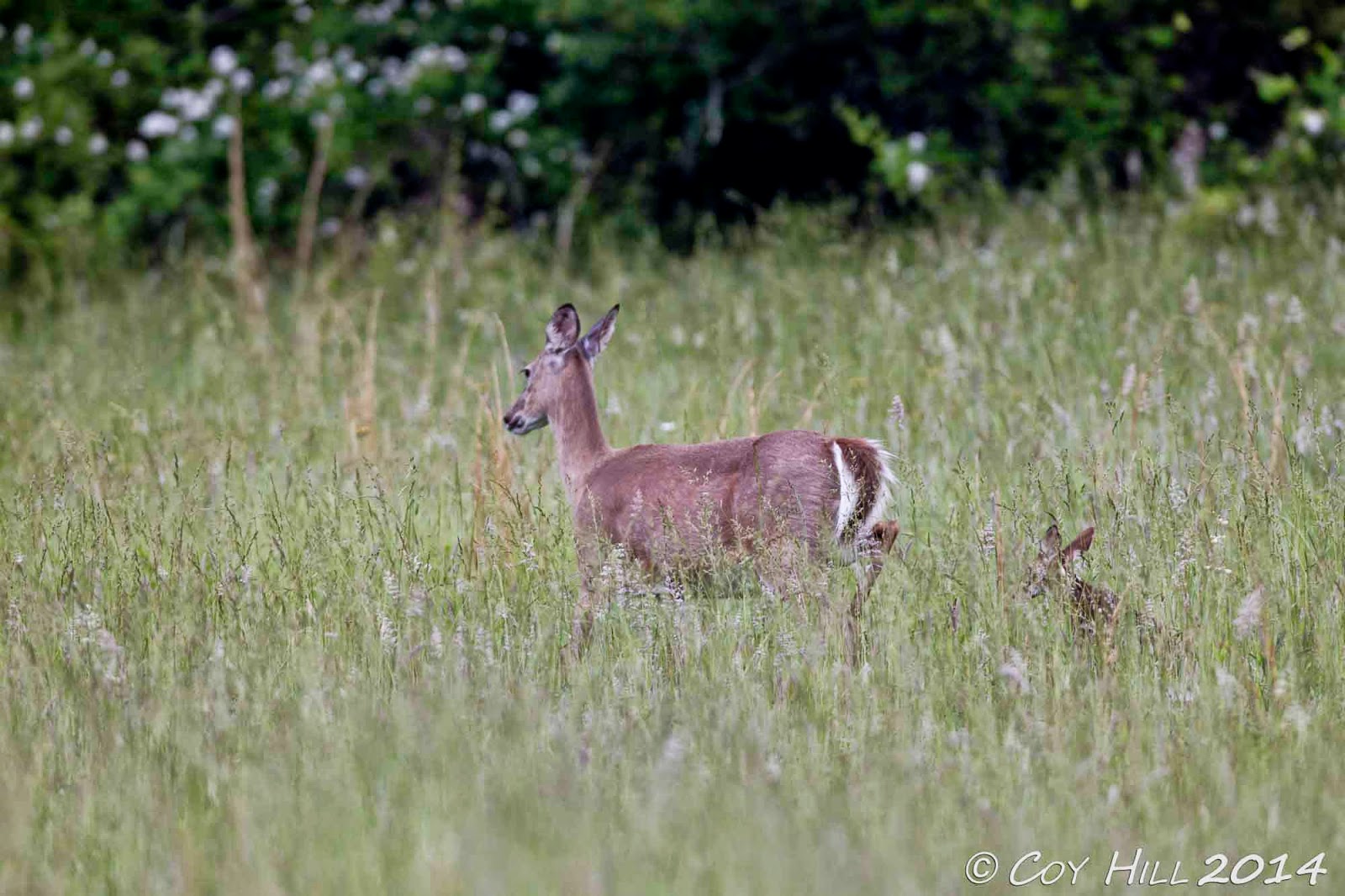 While it has been over about two months since I first encountered the fox pups back in April, wildlife babies continue to arrive.  The big event over the past week has been the arrival of the whitetail fawns.  I spotted my first one of the season Sunday morning.  While its not much of a fawn photo it is the best I was able to capture as the mother lead her new charge to safety. A little later as I was driving along a dirt road I noticed a black object lying in the entrance to a pasture.  I was already past the lane by the time I was able to stop, having to back up for a second look.  At first I could not identify it but as I reached for the binoculars a head and long neck stretched up.  Identifying it as a wild turkey hen I immediately suspicioned that she was hiding her poults with her body.  While I waited a few minutes, other than to move her head the hen remained motionless. 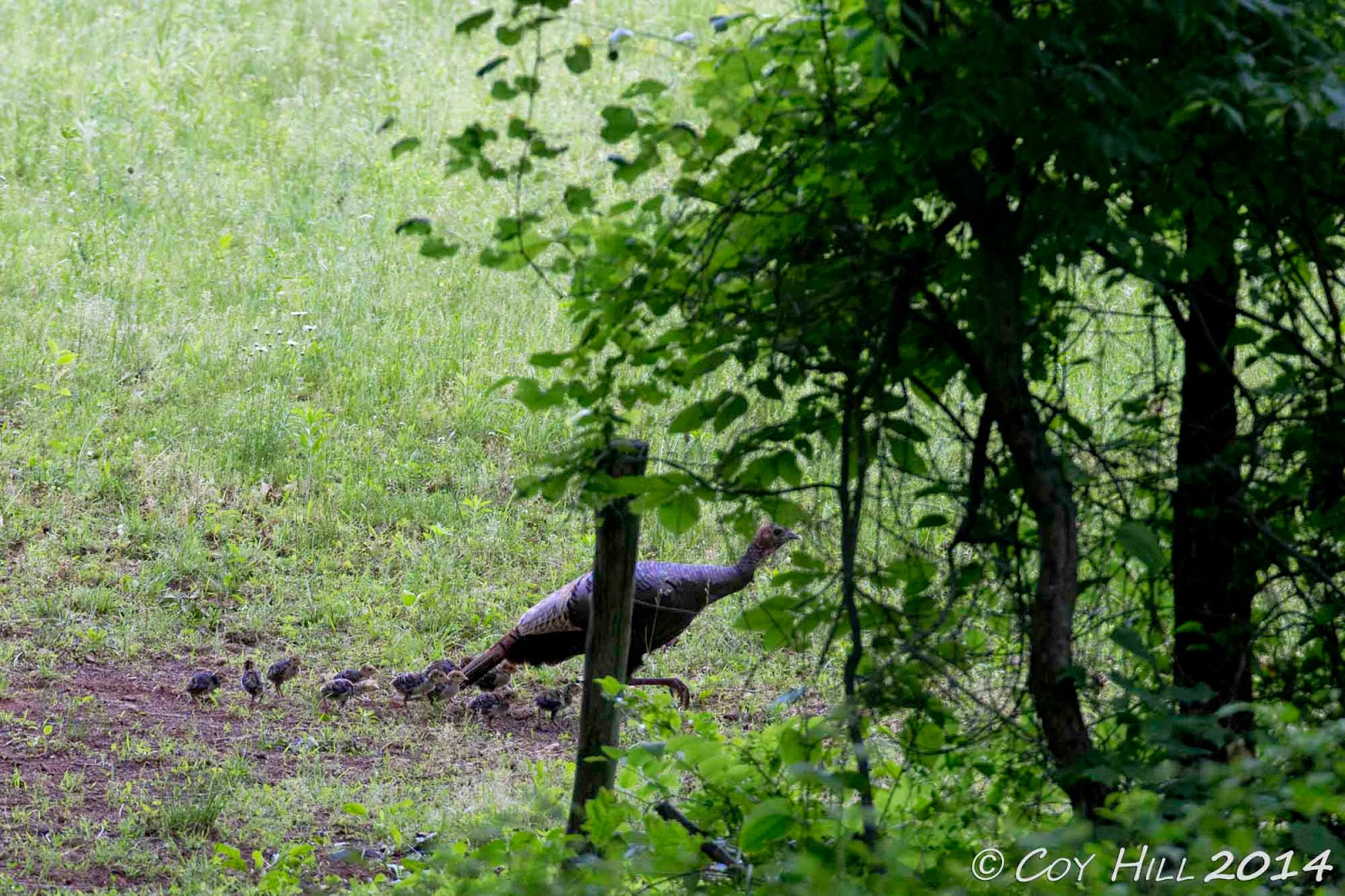 As my time was running out and I needed to be on my way I hit the trucks ignition.  The sound of the engine starting was just enough to startle the hen into moving, revealing her brood of about a dozen poults.

It is certainly an exciting time when the young of any species begin to show up.

Hi!
Very nice Pictures. I had luck on Friday to see and get Pictures on a quiet small fawn with her mother roe. Post will come. Now I have about 1200 Pictures from this weekends dog training with a great leader to check first