After a spring and summer with very little time to pursue my outdoor photography, my wife and I finally found time for a short vacation.   I had hopes of finding some interesting photo ops and the Chincoteague National Wildlife Refuge did not disappoint. 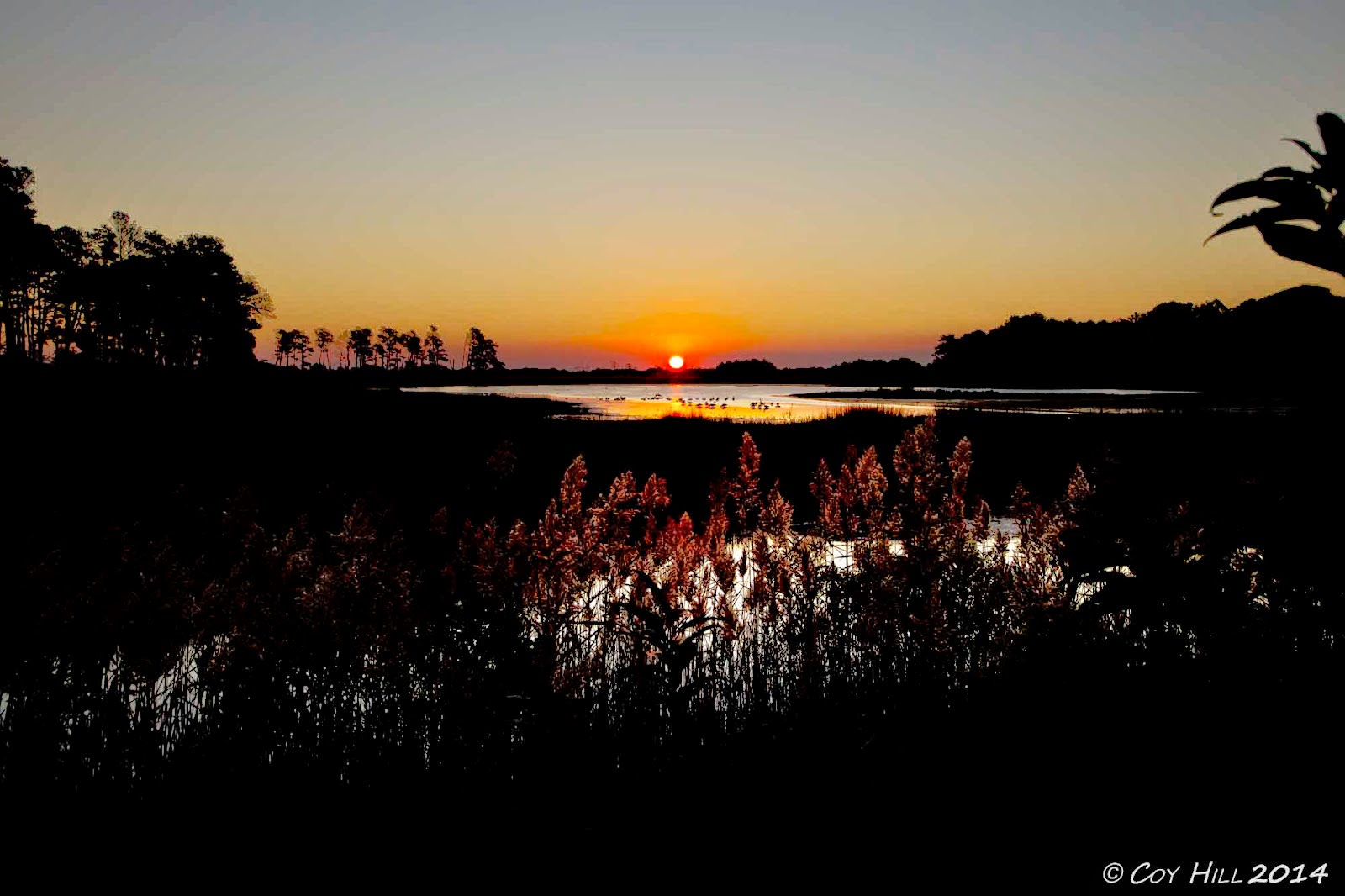 While waiting for the sun to make its appearance a small sika stag crossed the shallow water of the wetlands.  The little deer didn't seem to bother the geese as it passed by.  This was my very first time photographing a sika deer. 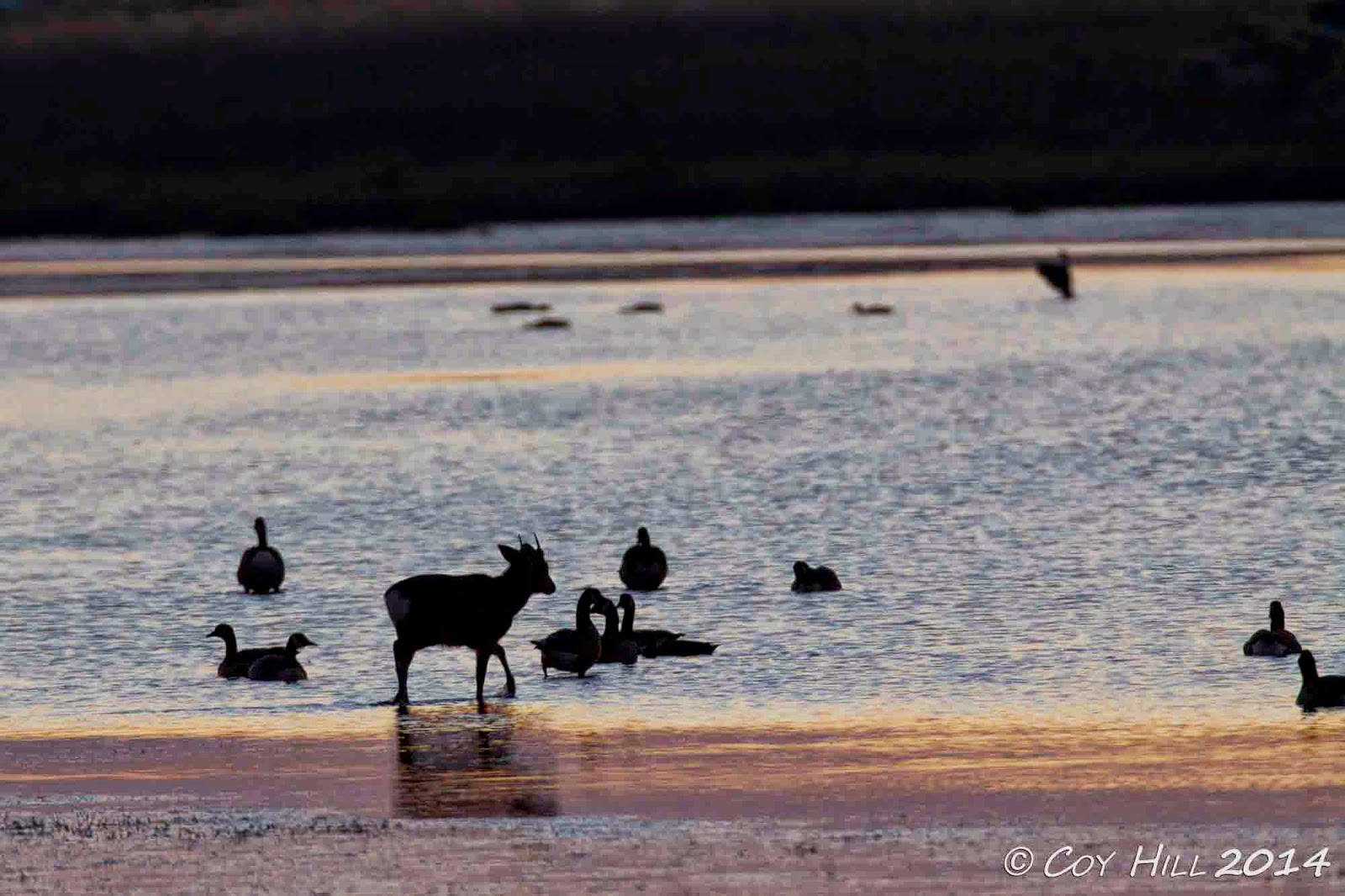 A short time later a larger stag appeared in the wetlands opposite to where the first appeared.  This deer sported much larger antlers and a much larger body as well. 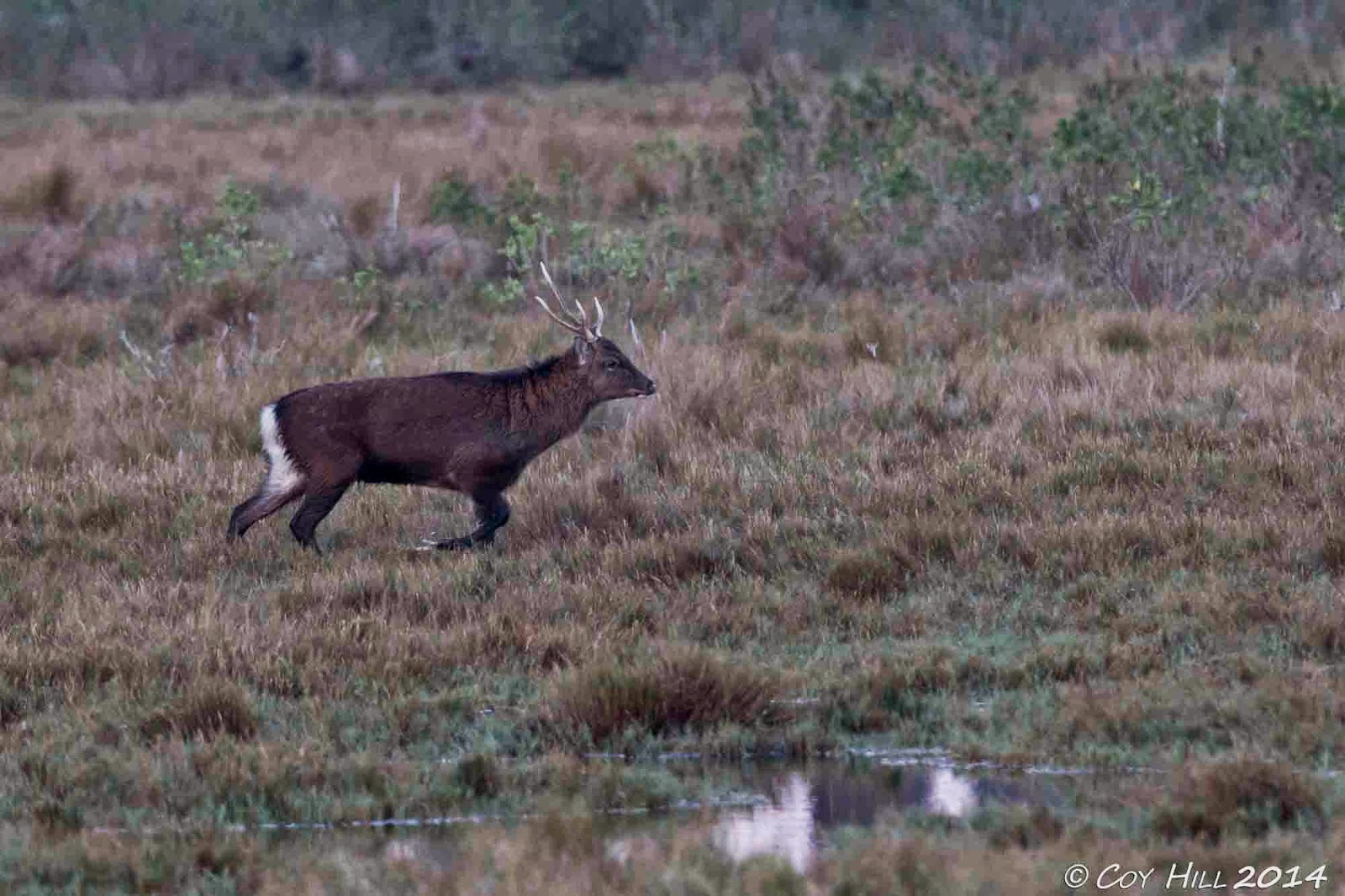 The stag paused a couple of times as it crossed the meadow. 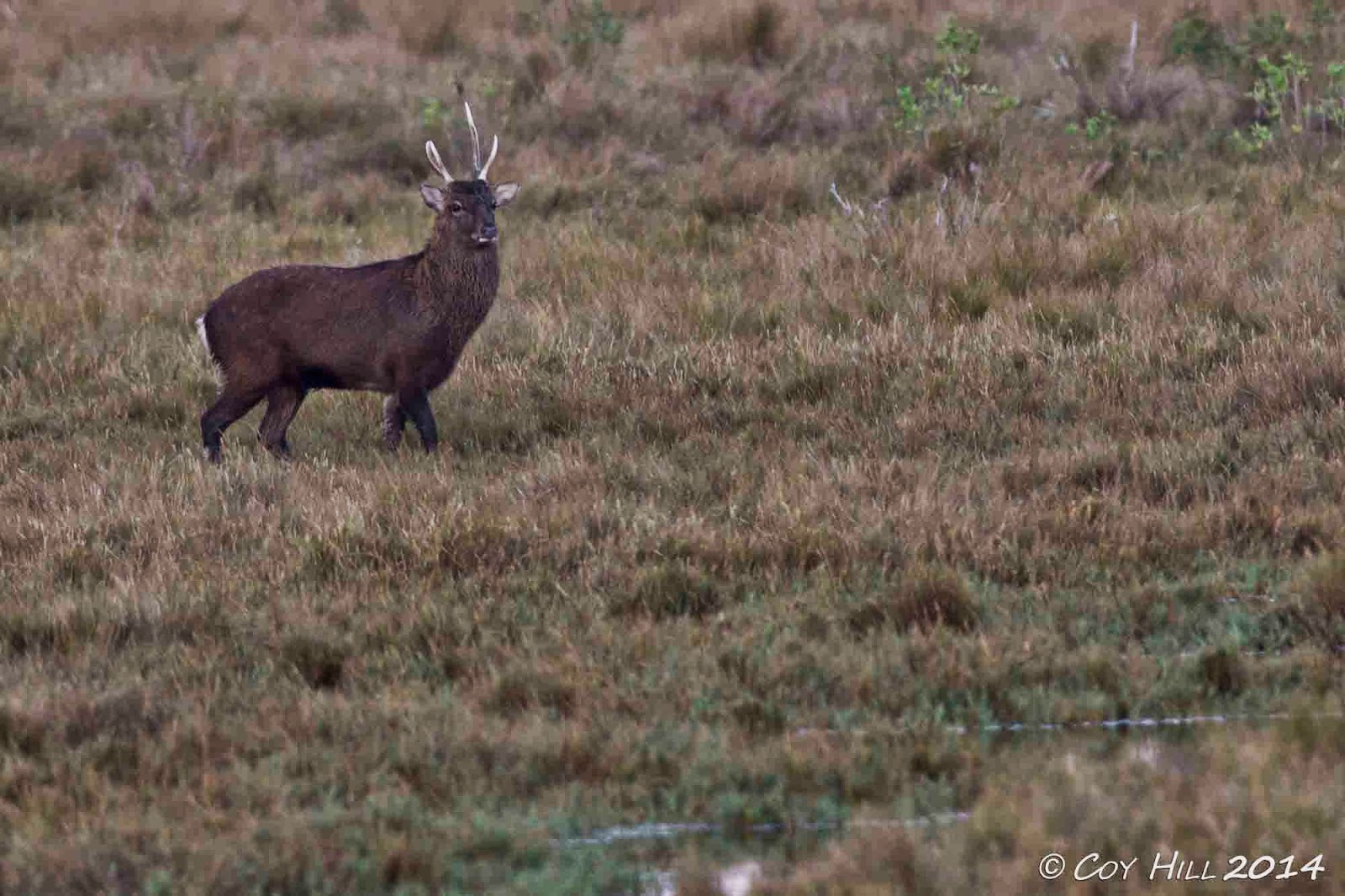 I'm guessing that the sika rut is on as the stags seemed to be traveling with a purpose, much like rutting whitetail buck, a species which I am much more familiar with.﻿ 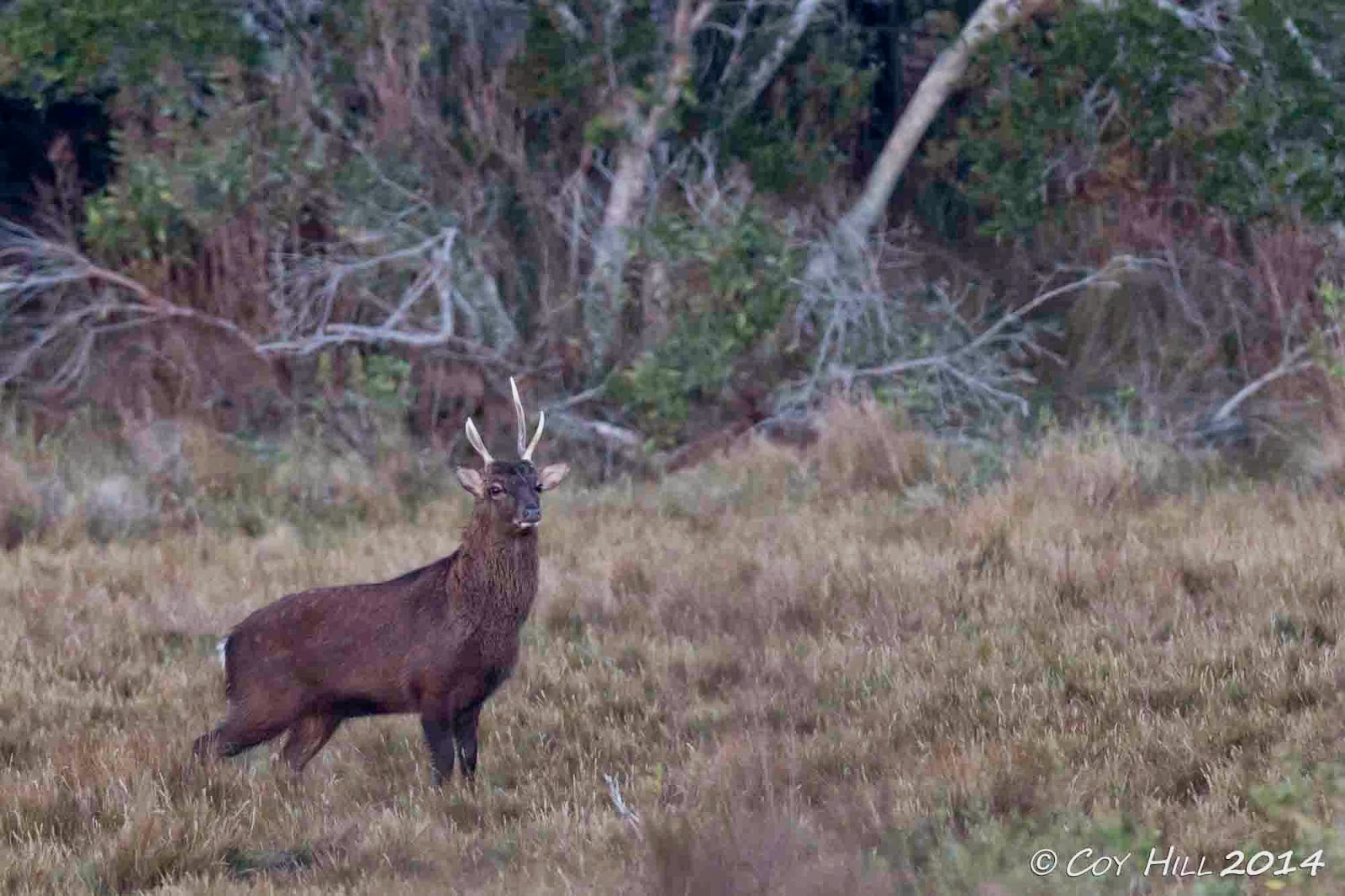 Sunrise over the Wetlands﻿ 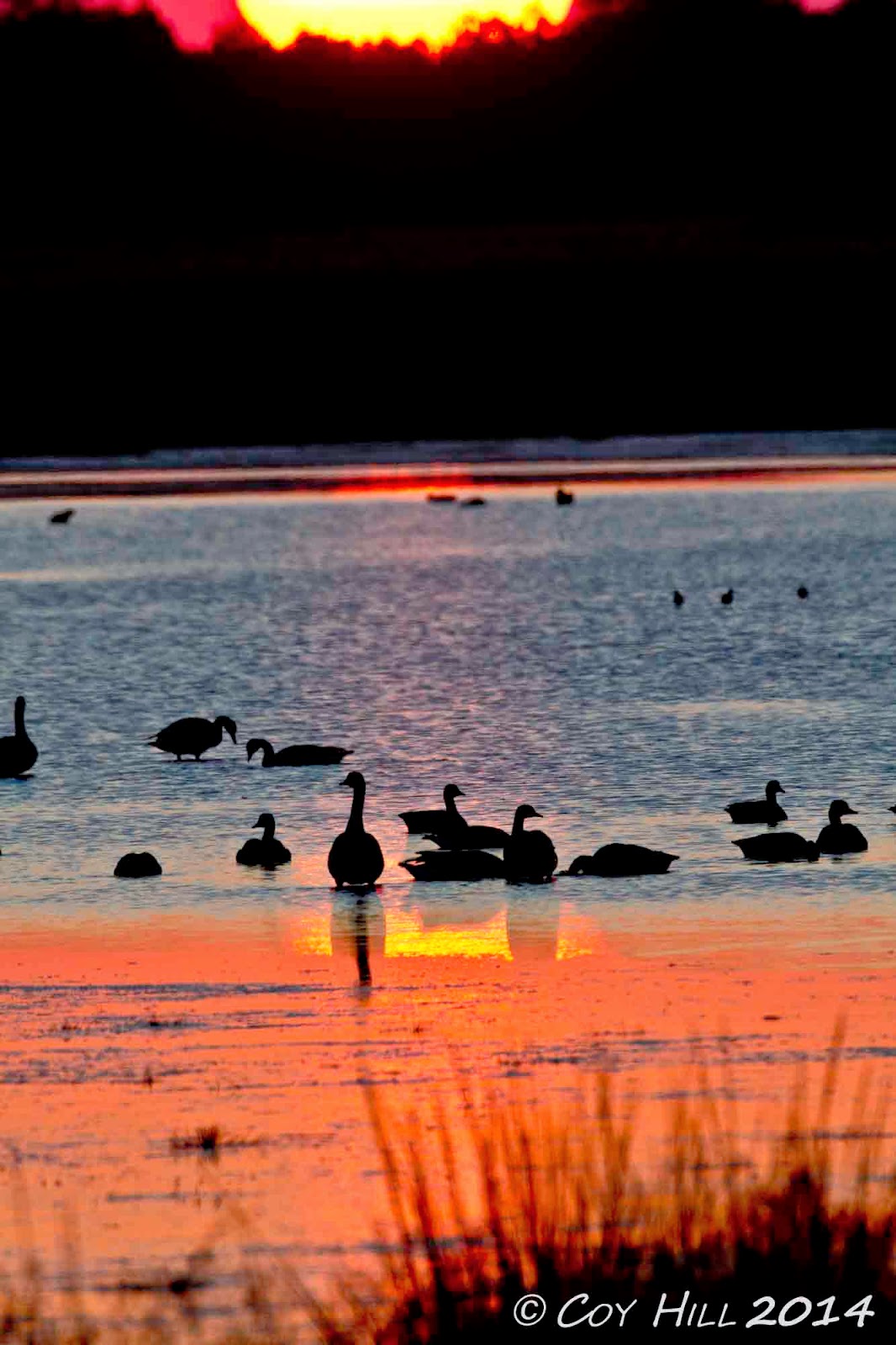 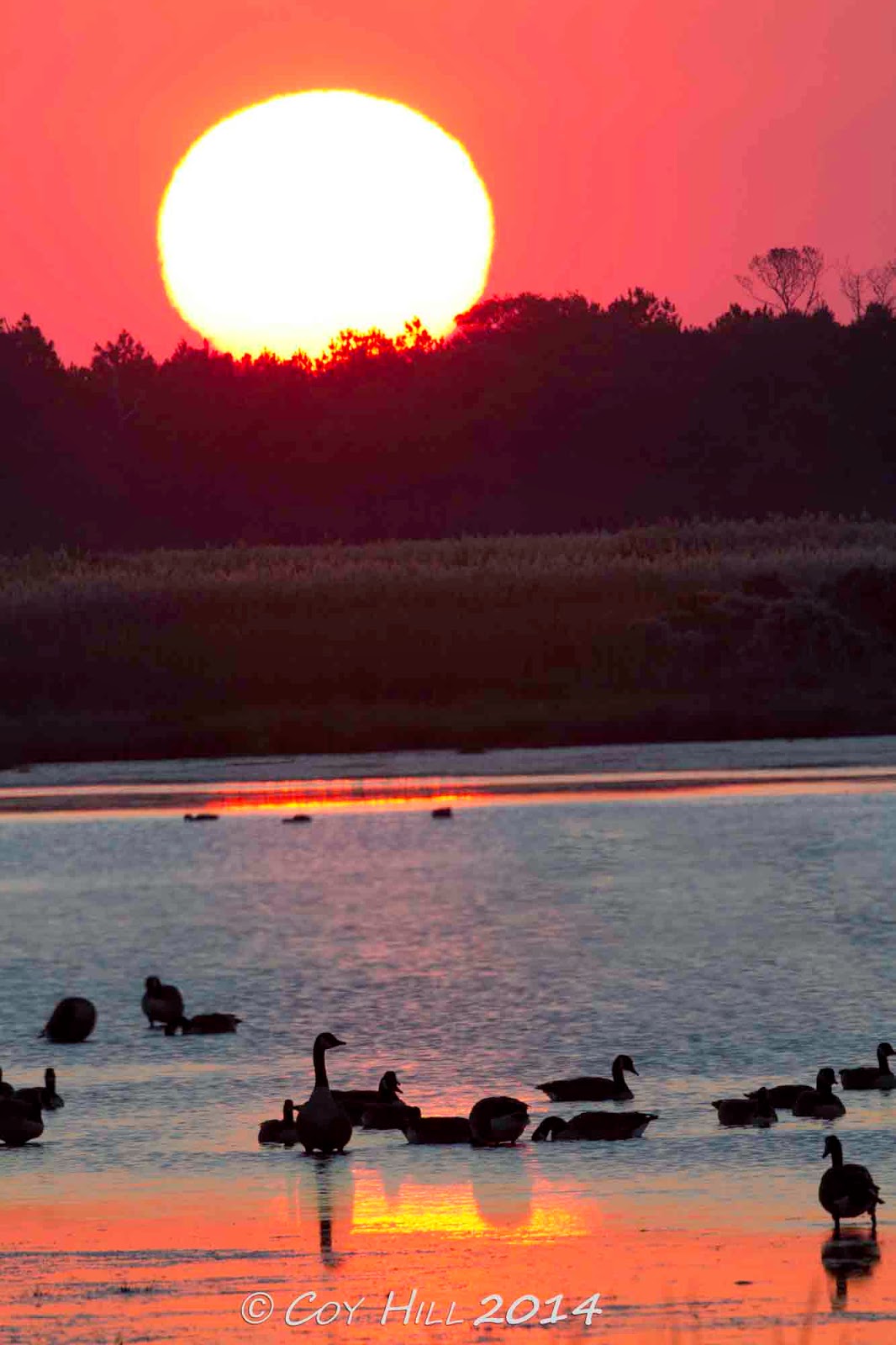 And on the way out of the refuge another stag crossed the road and paused on the bike path.  While I had photographed the previous deer using the 600mm lens, this one I shot hand-held out of the car window using the Canon 100-400 lens.  After a number of trips to Assateague without so much as one photograph of a sika deer, to see four stags and photograph three, all in one morning made for a surprising outing! 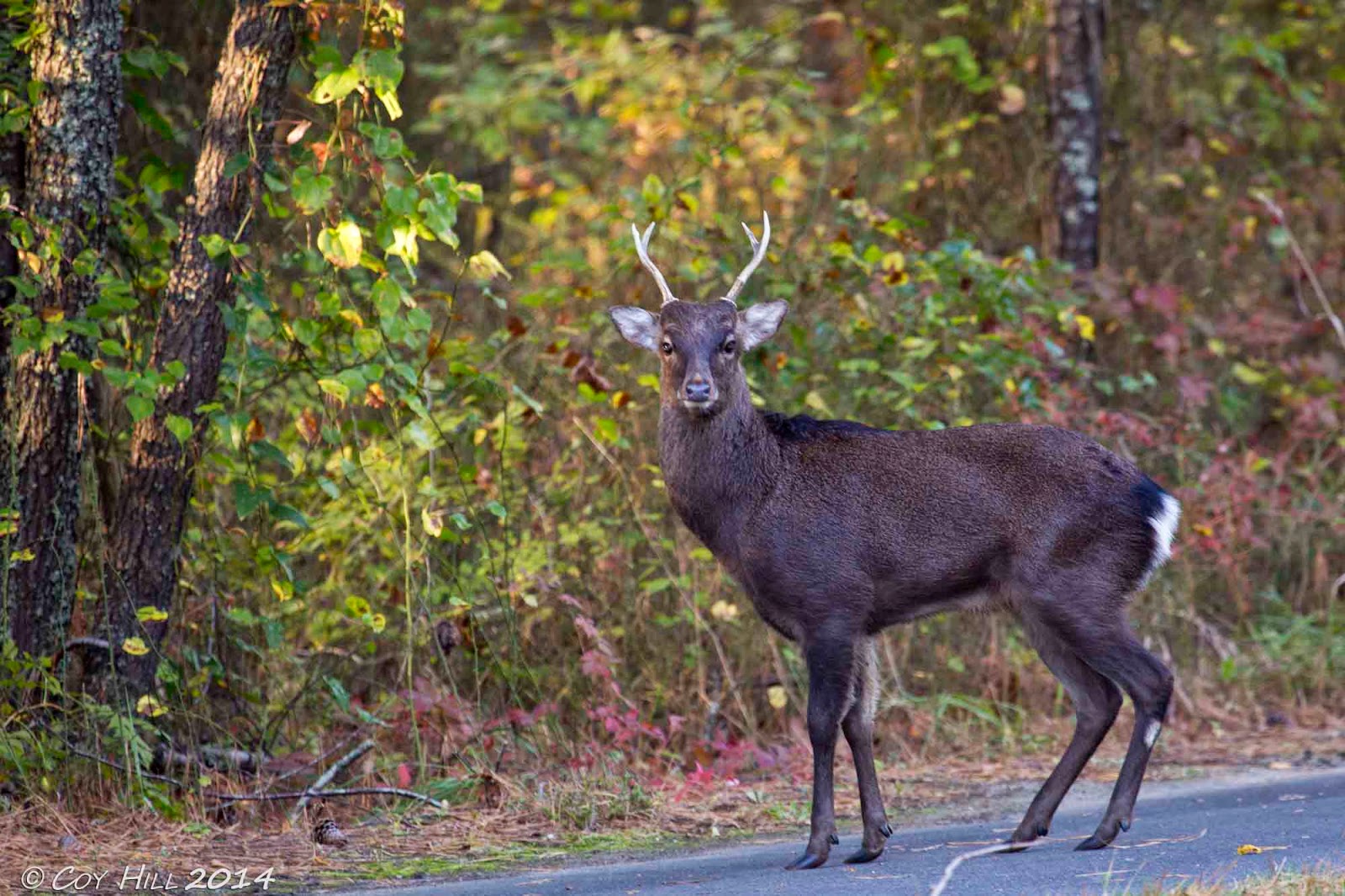 A few days staying on Chincoteague Island, photographing wildlife, and walking the Assateague beach were most relaxing.  I will be sharing more photos from this adventure in the coming days.

Beautiful shots of the deer, Coy! And the skies are gorgeous.

So glad to hear you got a bit of vacation, and even better that you saw the sika deer and got such wonderful photos! I especially like your sunrise shots. I'll look forward to seeing more.

Those are awesome photos, when did you take these pictures I am going down this weekend with my family to enjoy the refuge hopefully they will still be rutting. Were these spotted from the wildlife loop