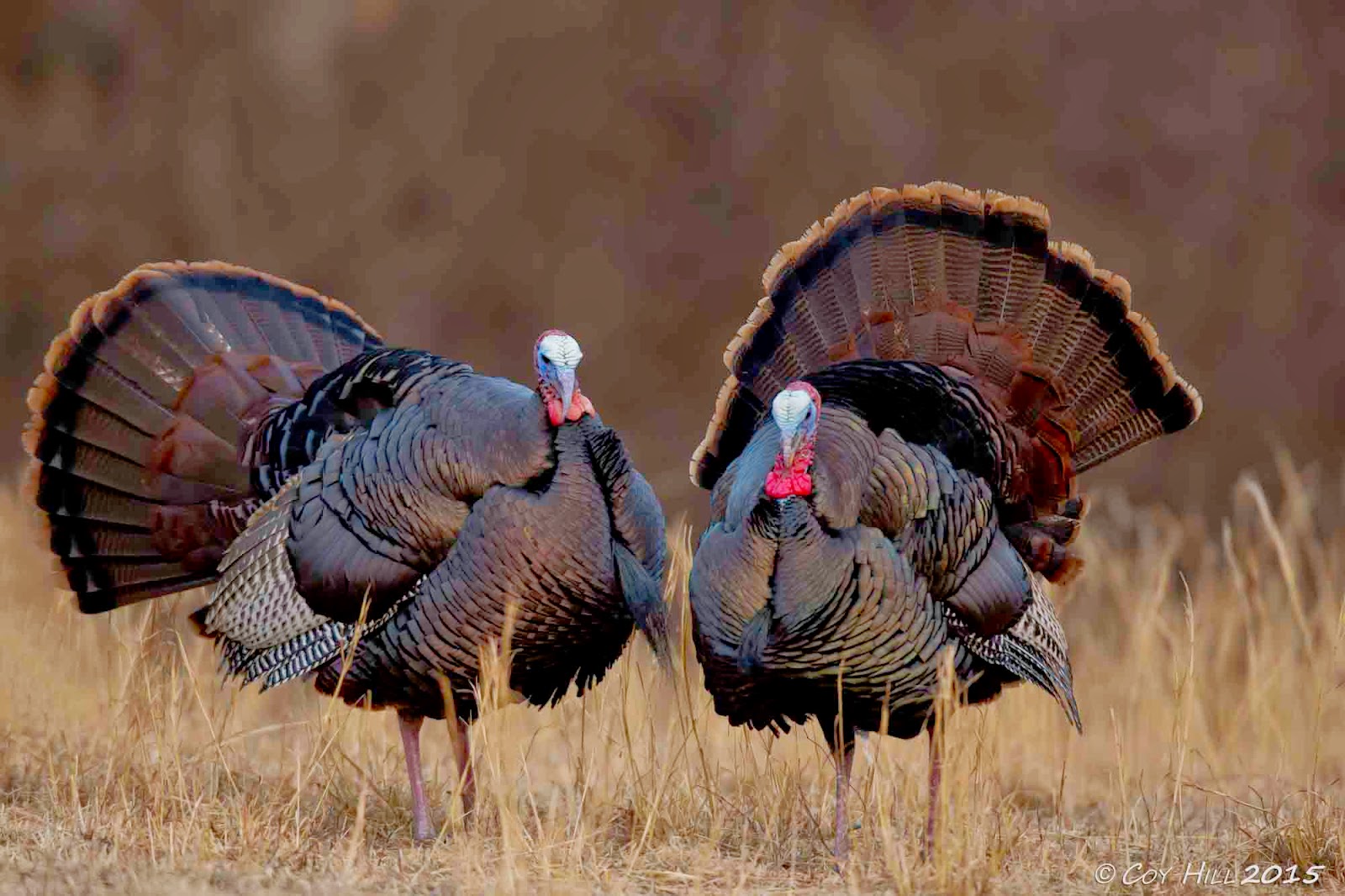 Mid January, with over half of winter still ahead, the first indication of the wild turkey's spring mating season can be seen in the bachelor flocks of gobblers. 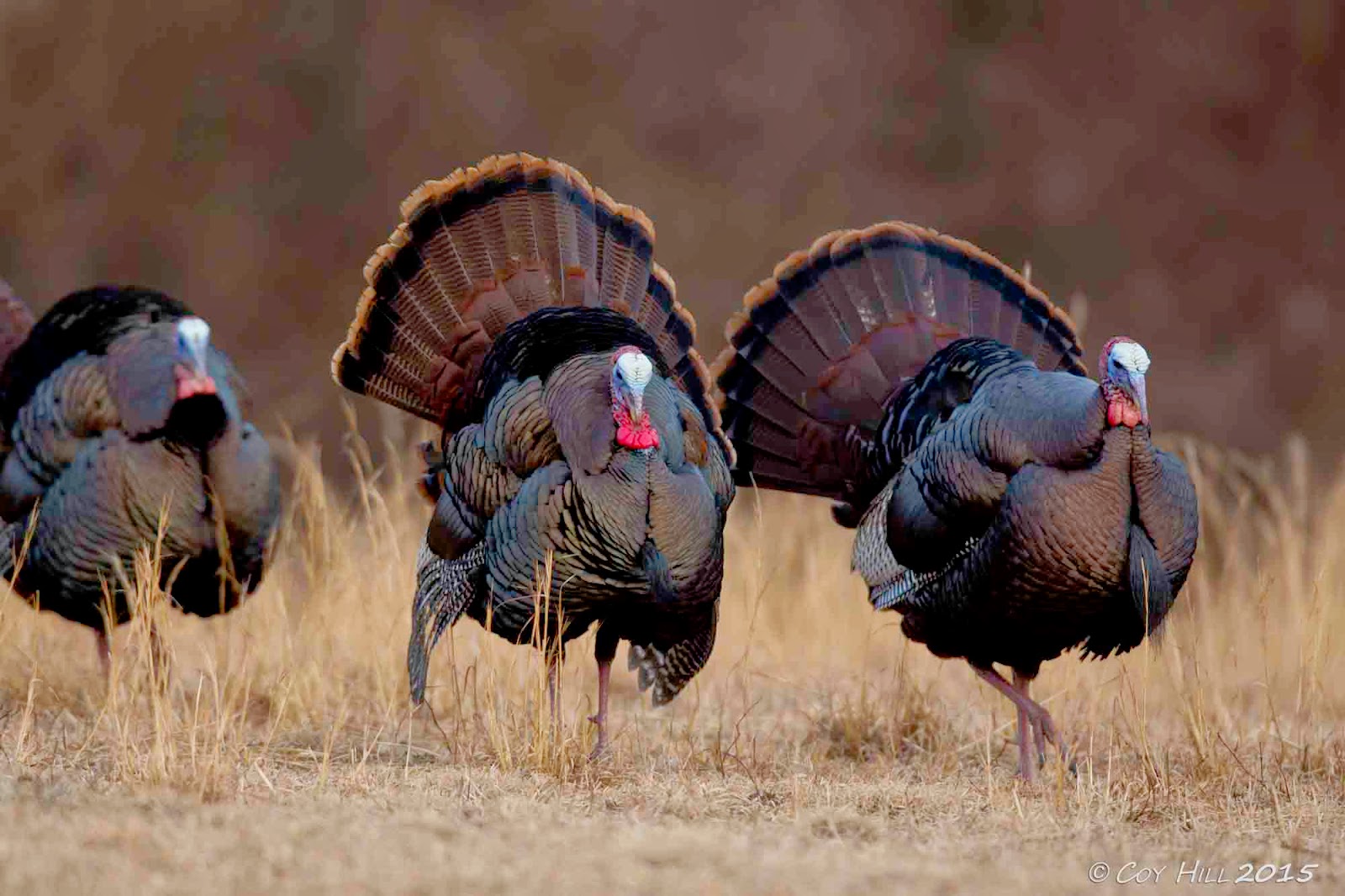 Gobblers spar throughout the year testing each others strength and determination.  At this time of year the sparring becomes more intense with the occasional fight breaking out. 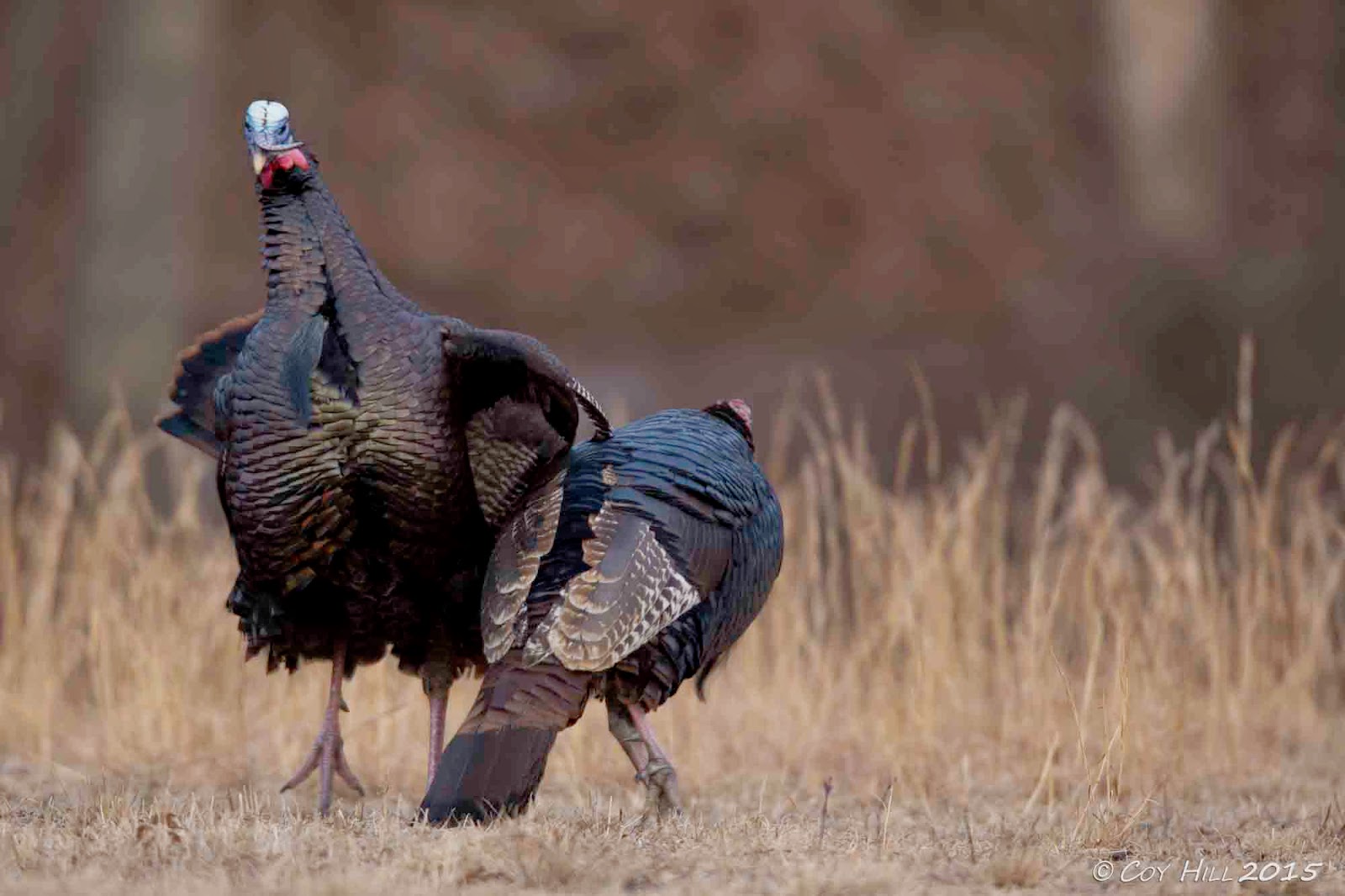 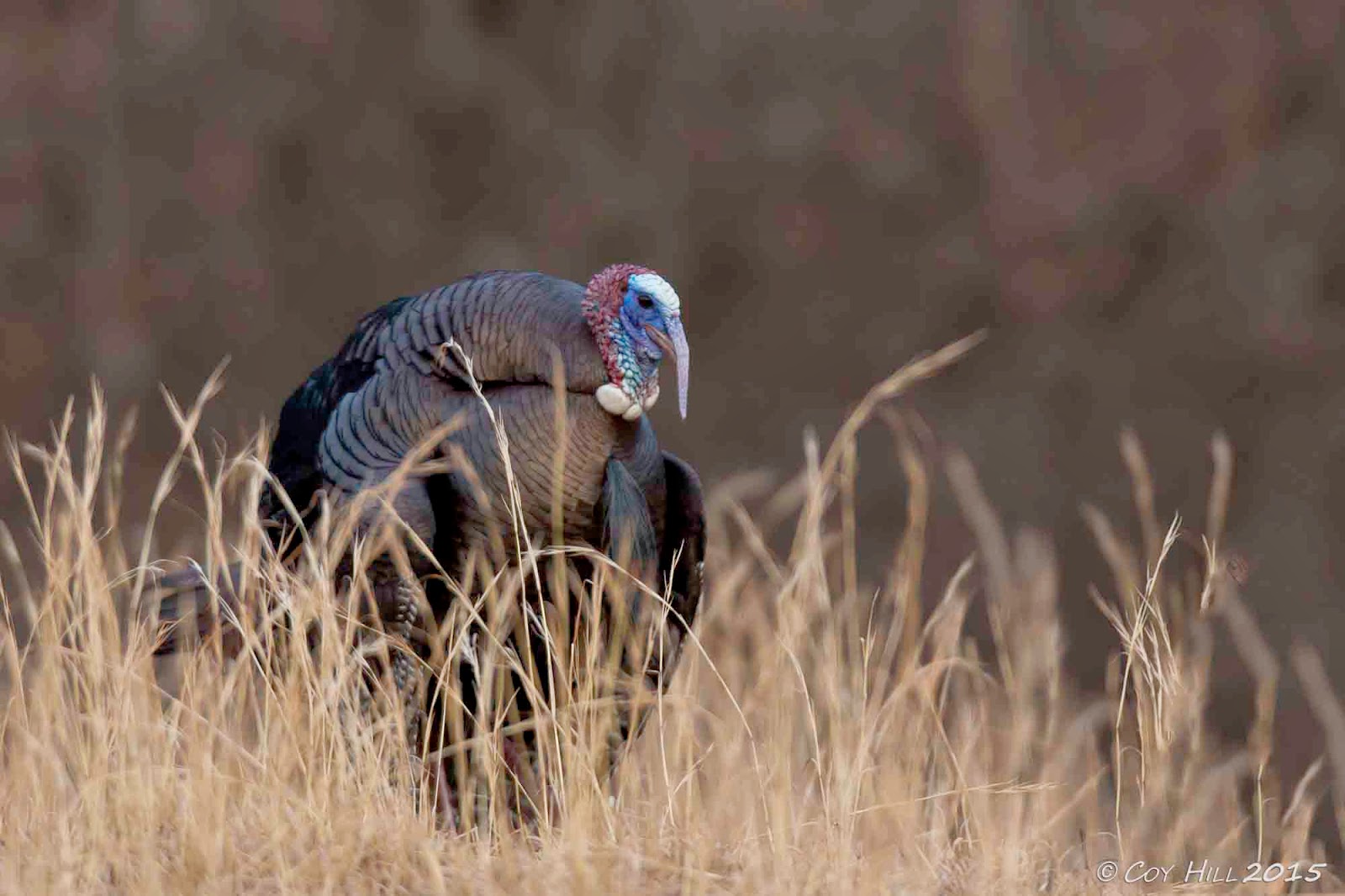 While gobblers sparred, strutted, and occasionally gobbled this tom wandered a few yards from his companions and simulated mating.  When I first noticed his actions I was surprised to see a turkey mating at this time of year but a closer look revealed that he was alone.

I'm always impressed with the beauty of these often homely looking birds.

Too bad the Coy'll cross you off from the follower list anything from your side come back. Have fun continues Regards Frank

They're apparently reacting to the lengthening days. Up here it's still winter enough that they're not doing much beside hunting for food.