Some birds change plumage for different seasons.  Many species change their appearance considerable between breeding and non-breeding plumage.  The eastern wild turkey gobblers do not change plumage however they most certainly do change appearance when the mood strikes them. 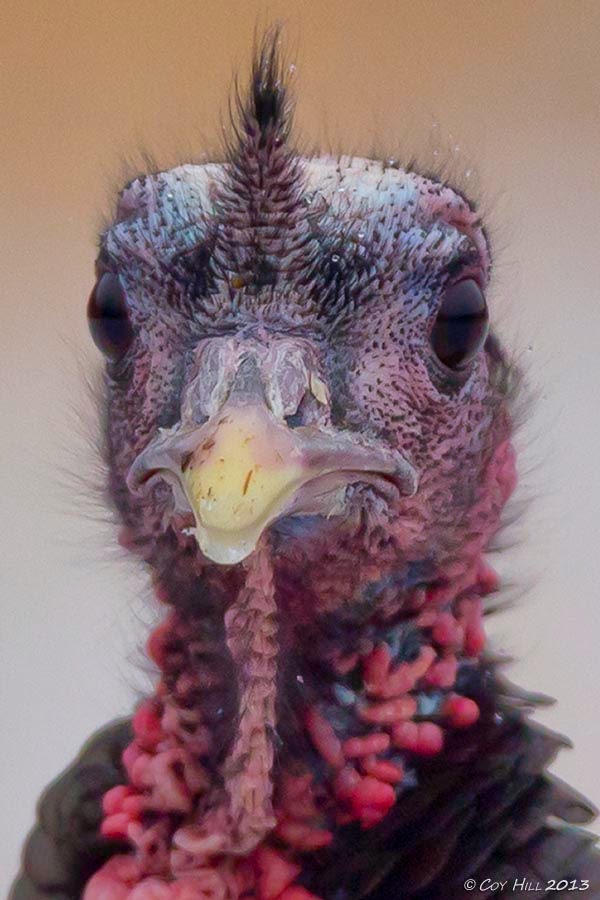 A Eastern Wild Turkey gobbler stares down the lens. 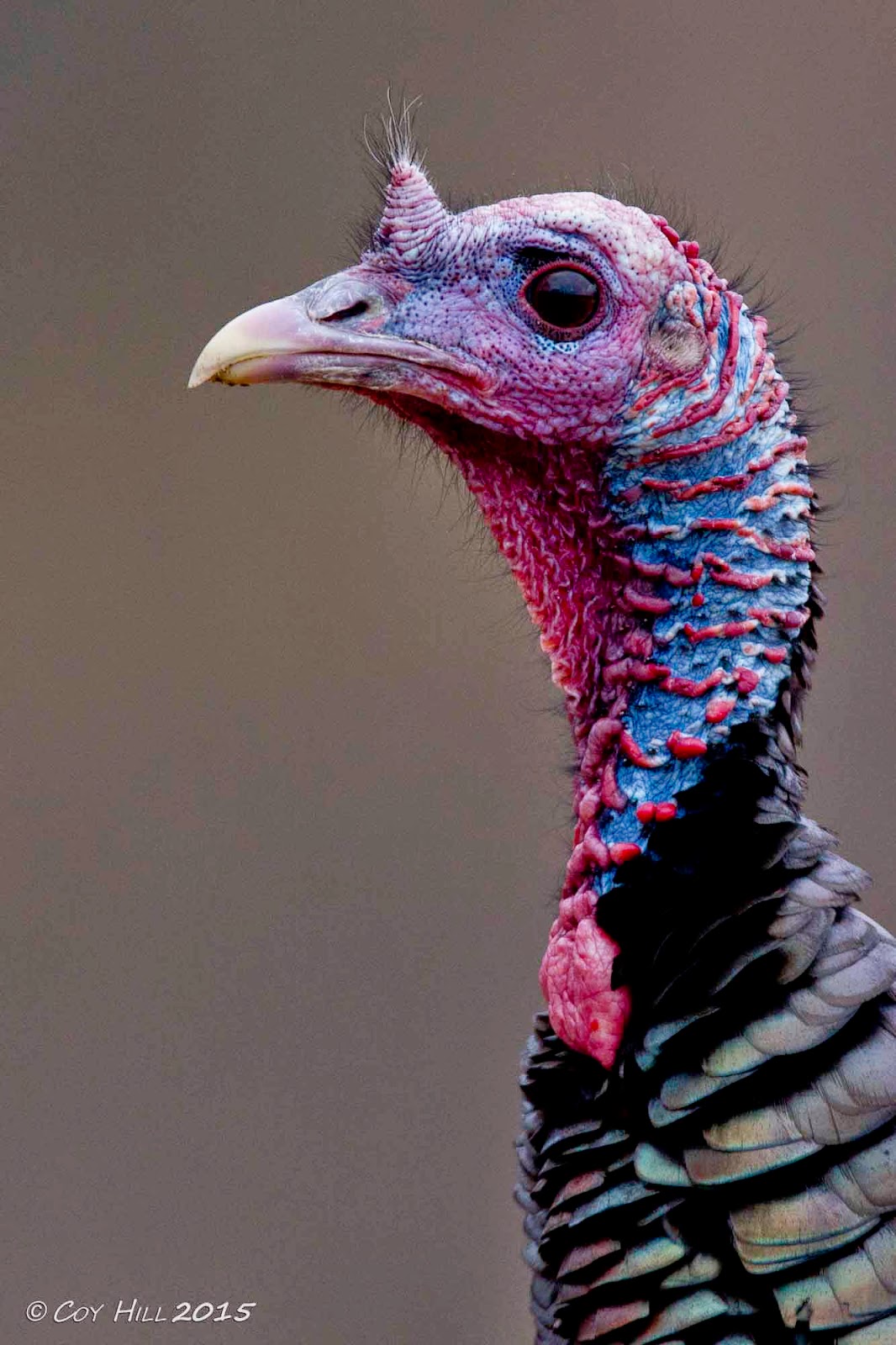 Some of the gobbler's bright colors can be seen in this capture. 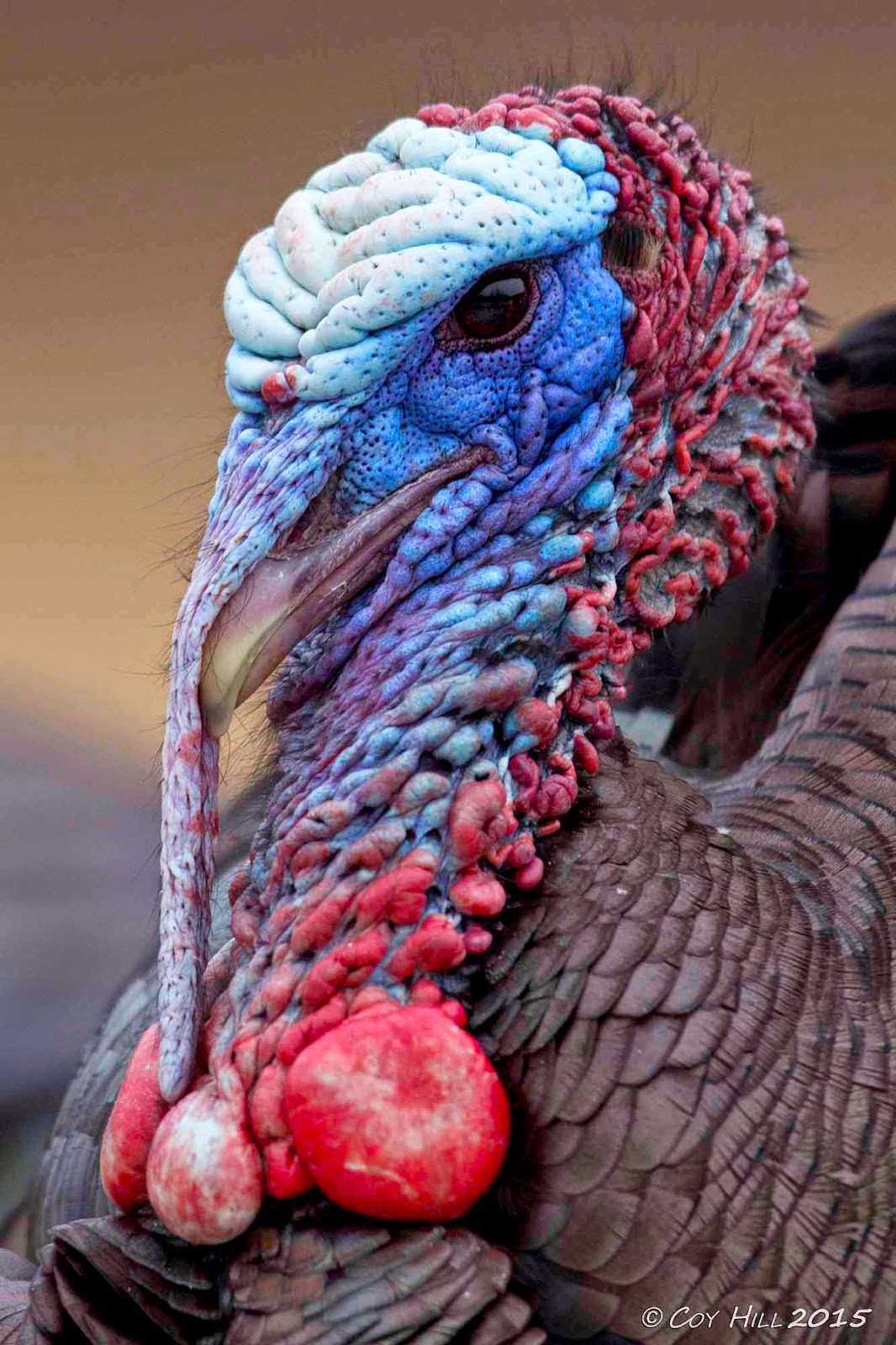 But it is only when a gobbler is in full strut that he fully displays his patriotic colors. 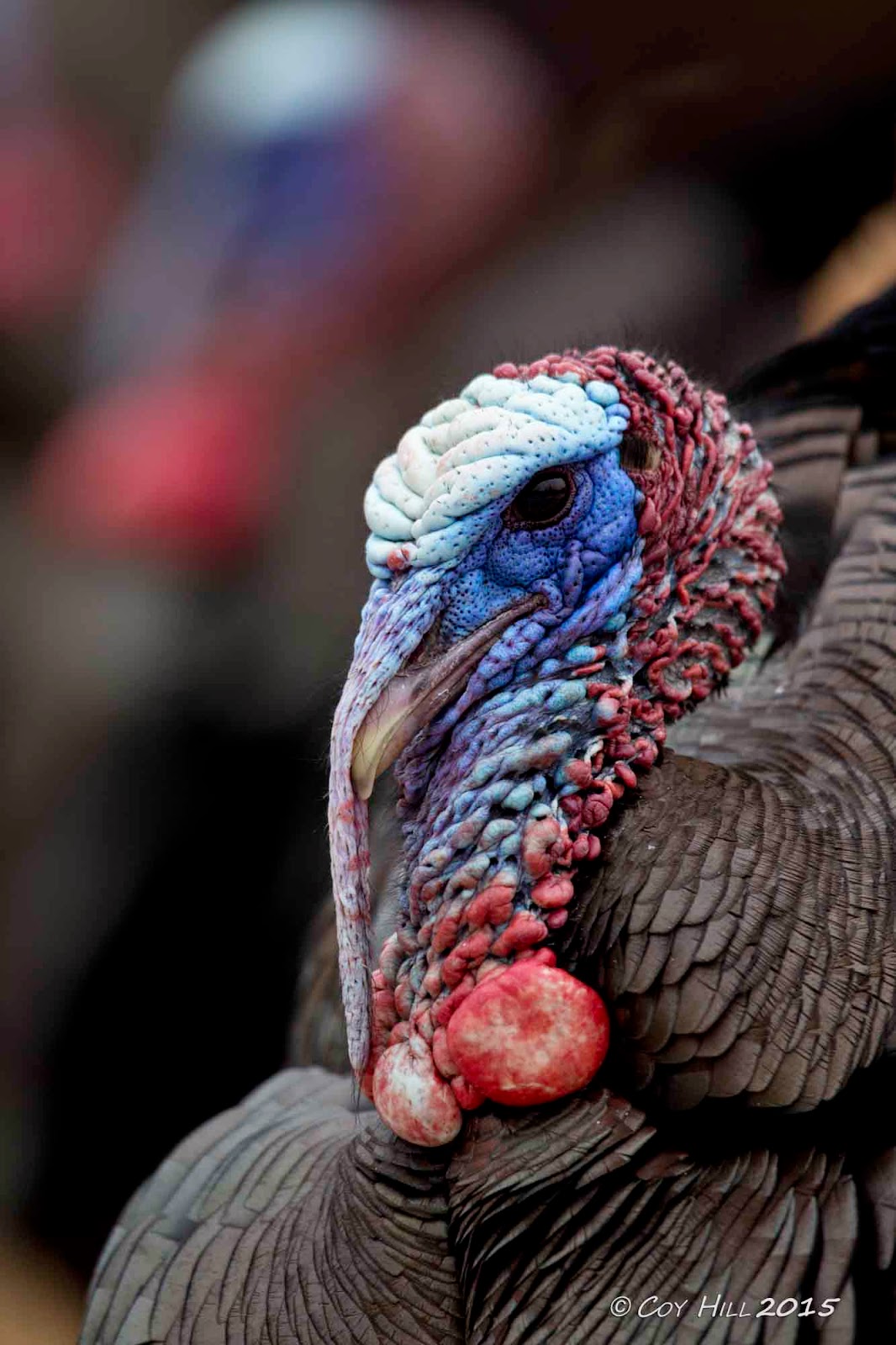 The blurry forms of other gobblers can be seen in the background of this close-up shot. 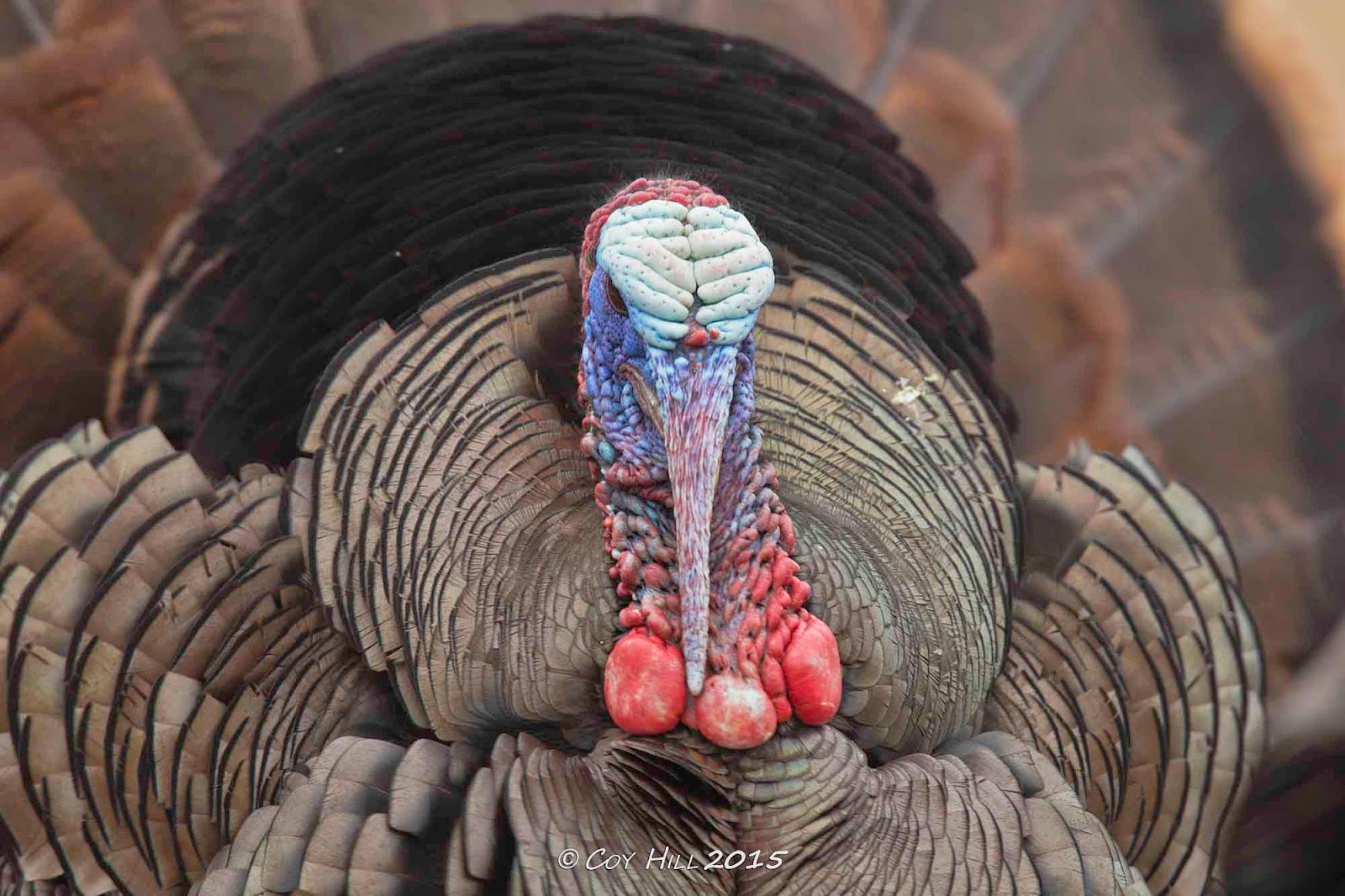 Although we are now experiencing the coldest temperatures of the winter, the gobblers are already anticipating the upcoming spring mating season.

WOW! These captures are gorgeous, Coy!

I could look at these for hours. Truly!

Beautiful (well, your photography...not so much the bird)! ;)

Wonderful shots of this colorful fellow.

Fantastic closeups of the gobblers!

I am in tota awe of your Turkey photos!