Rutting On A Rainy Day

On a recent rainy day I spent nearly the entire day watching a meadow from the protection of an old hunting shack.  The shack's roof leaked a little but it provided adequate protection from the rain that varied from light drizzle to heavy downpours.  Because of the confined space the use of a tripod and the 600mm lens was out of the question.  The images shown here were all taken with a Canon 60d, Canon 100-400mm lens, supported by sandbags.  The highlight of the day came when an eight point buck mated with a doe as another eight pointer watched from a distance.  Equally as interesting was the little buck with an unusual pink nose who posed for a series of photos during a heavy downpour. 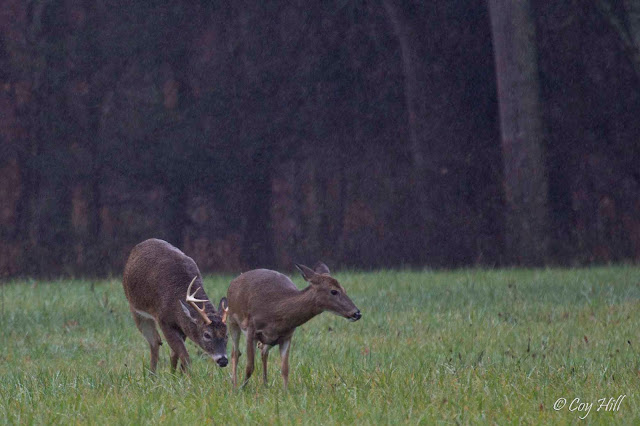 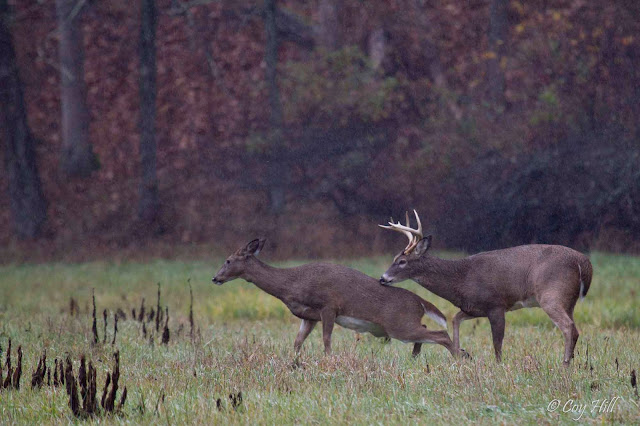 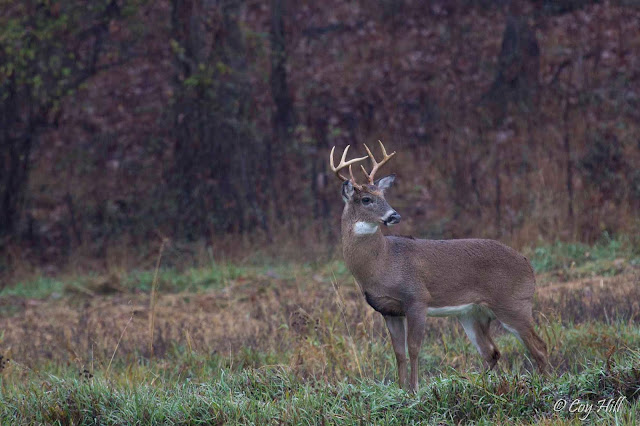 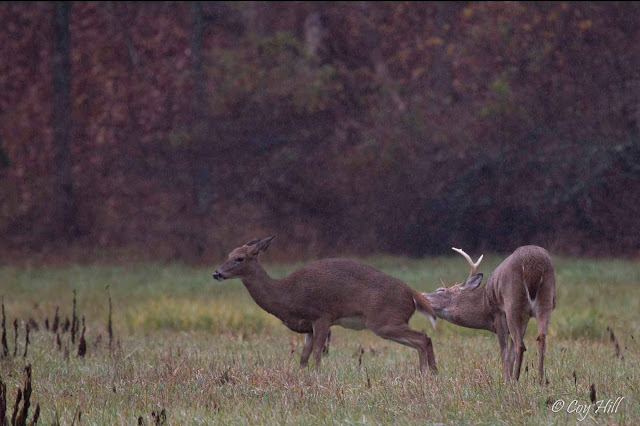 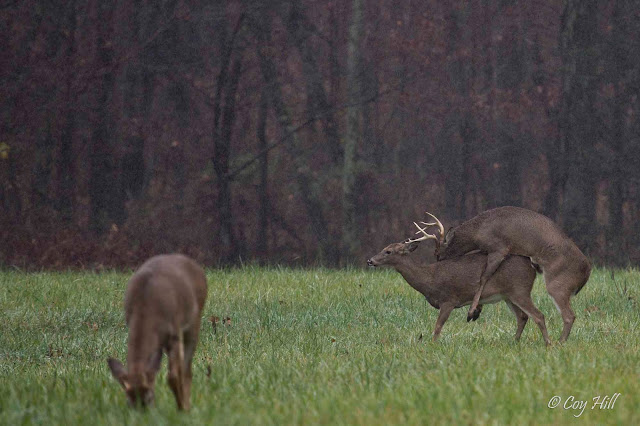 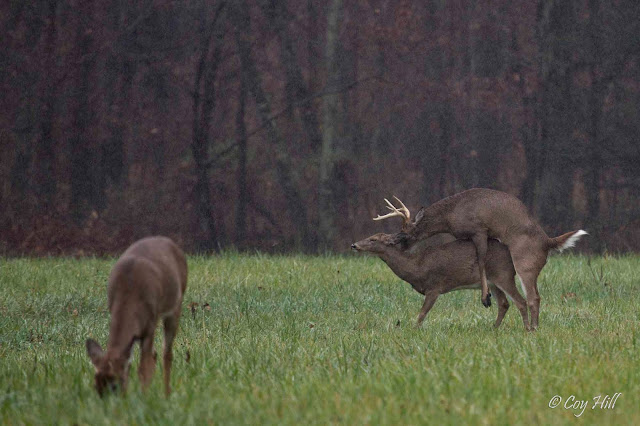 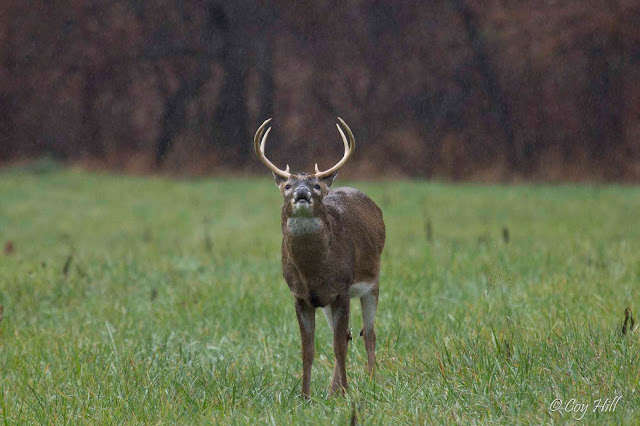 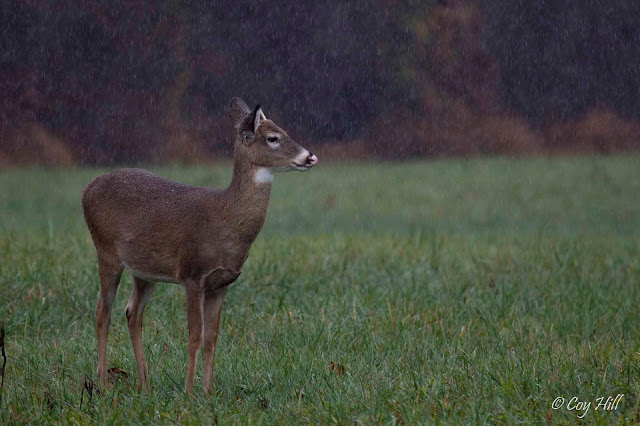 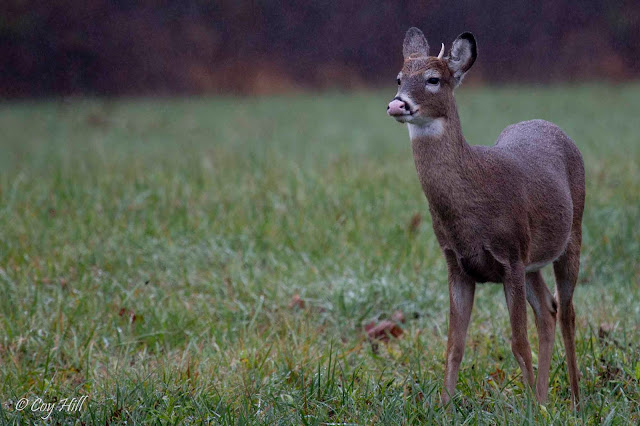 Superb set of photos, Coy. That pink nose reminds me of a young calf's nose!

Right place at the right time to get some excellent photos.