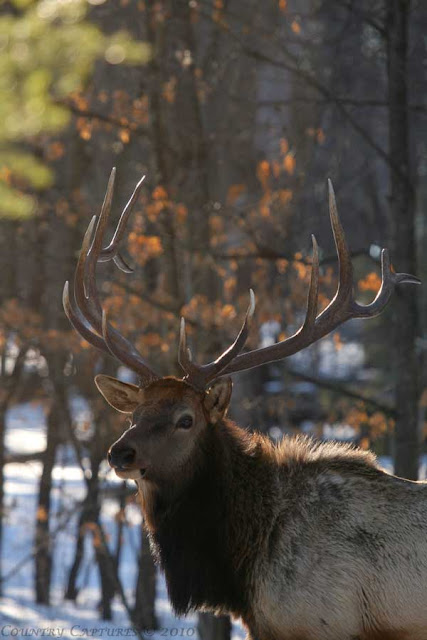 I captured these images during my March 6th & 7th visit to Pennsylvania’s elk range. This bull was with the group wanting to cross the road that I posted March 9th. The backlighting and snow proved to be a challenging combination. By underexposing .7 steps I was able to retain the highlights while still capturing detail in the bull’s body.
Reviewing the LCD display frequently proves invaluable when shooting high contrast situations such as this. 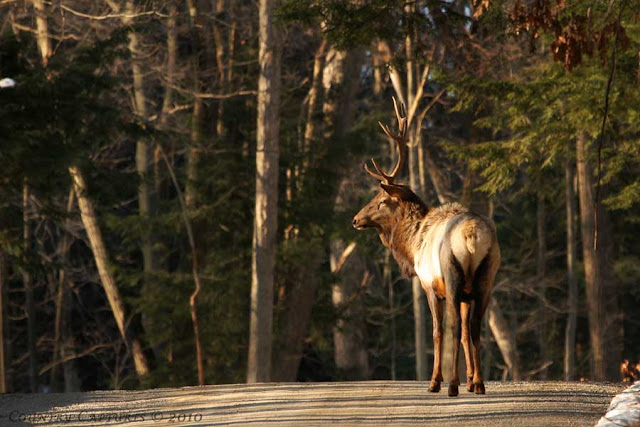 Sunday morning, a little after sunup, we located this raghorn feeding along the roadside. As the bull nibbled along I followed behind taking photos whenever the bull was decently lit. With the early morning sun lighting his body I shot this image with no compensation. In reviewing this image I am reasonably satisfied with the outcome although a little underexposure would have helped as there is a blown out area on his flank.

Amazing shots of these beautiful animals.I like the new look of the blog.
Blessings,Ruth

Really great lighting in the second one ... I'm always amazed how much more I see after I look at the photo afterwards.

Magnificent animal. These guys never cease to amaze me, they are beautiful creatures and you always capture them so well in photos.
Your blog setup is wonderful, love the layout!
Take care.

Both of them area amazing shots Coy. Well done!

That first photo was so stunning and powerful! Loved it!! (the 2nd one was good too!)