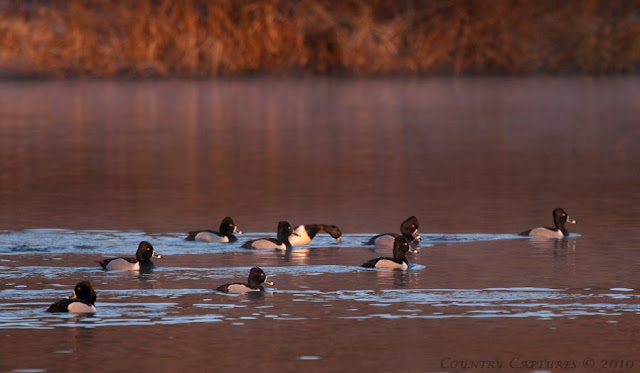 Early morning at Middle Creek found a flock of Ring-necked Ducks hanging out on a pond near the visitor's center.  This photo and the following one was taken as the first warm rays of the rising sun fell across the water. 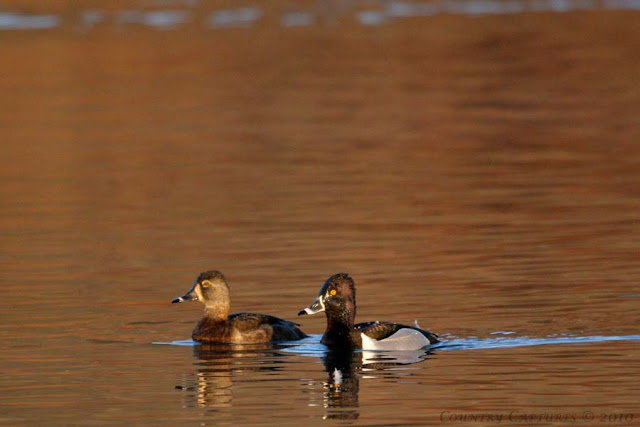 Light levels were still quite low.  The first shot was made set on ISO 640 and the second at ISO 1000. 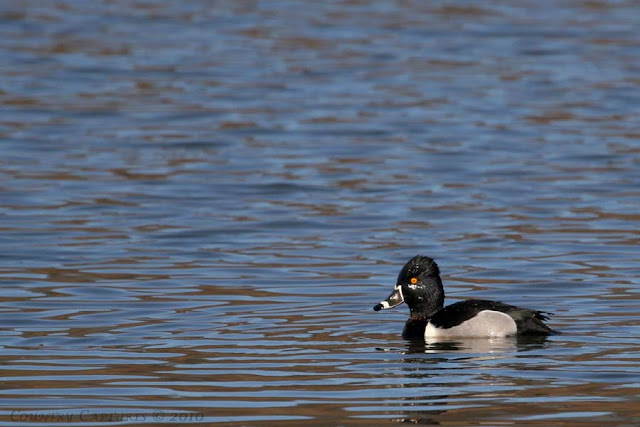 Three hours later with the sun higher in the sky I shot this image at ISO125.  With the stronger light I captured better detail but lost much of the visual appeal that comes with the warm low angle light of dawn.
Posted by Coy Hill at 3/23/2010 09:07:00 PM

I love how the male's eyes really pop in these photos! By the way - your blog header is gorgeous!

The first two pictures are extraordinary.The warmth of the early light just gives a wonderful look.

Hi Coy,
Wow, when I think that if one is spotted here we are all running after it cause it is so rare!!! It looks like it is not the same thing at your place!! I've never seen so many on one picture! Congrats!! The pictures are beautiful with this low angle and with the nice water colors! Well done.

...these photos are just gorgeous. I love the peaceful feeling of the scene and the lovely, subdued light.

Beautiful captures. The lighting in the first two is just wonderful.