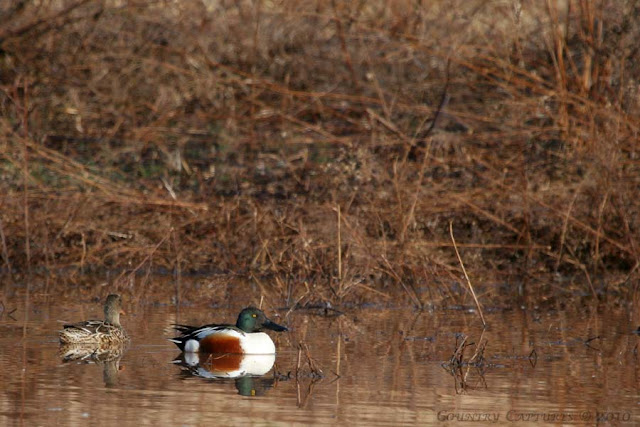 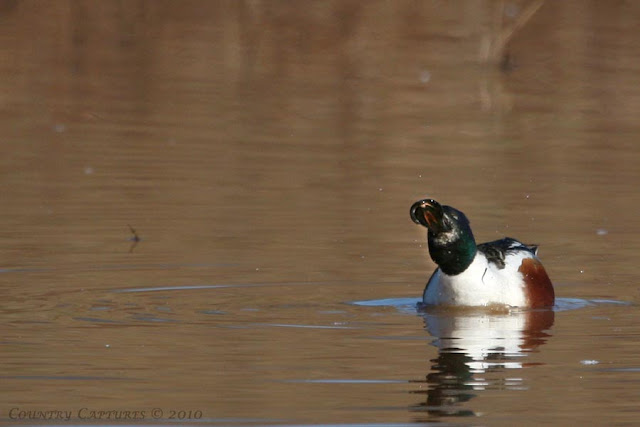 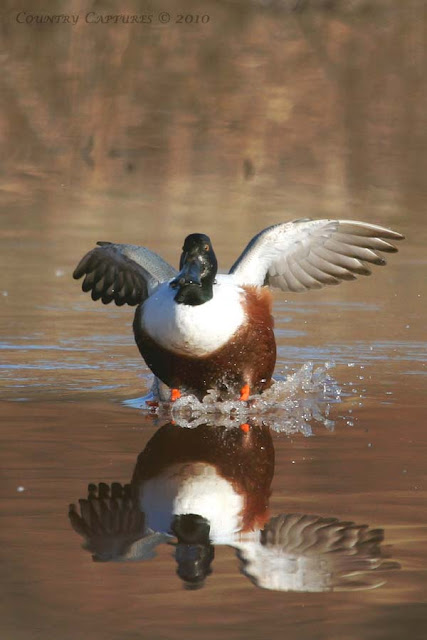 Suddenly one of the males took a short flight landing in the middle of the pothole. I wasn’t ready for his take-off but I was ready for his splash-down. 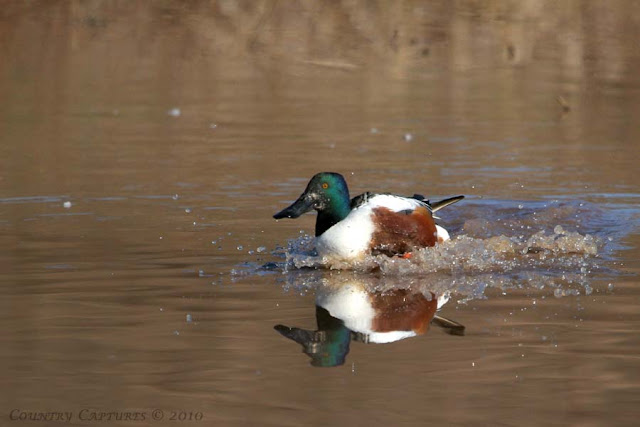 Shot just a moment later, water is still flying as he coasts to a stop
The entire Middle Creek experience would have been worthwhile if this had been the only photographic encounter of the day as this is a species that I have only ever once encountered at the lake I frequent. That encounter did not result in any good images as it was too early in the morning when light levels were to low for sharp images of moving subjects
Posted by Coy Hill at 3/24/2010 08:25:00 PM

Excellent! This guy really does have a shovel on him.Beautiful action photography.
Blessings,Ruth

Beautiful! I love the touchdown shots and the reflections.

I got some shots of a pair of Northern Shovelers last May at Creamers Field. I hope I'll manage to see some more this year.

Wow this middle creek place is a paradise for ducks pictures.. The reflection and light colors are fantastic, and give a special atmosphere of the pictures. This is a great job you did... I love the first and third pictures a lot!

These are especially nice photos, Coy.

Nice 'splash down' including the use of the air (wing) brakes. I've found this a difficult species to get very close too even though it's very common over here. FAB.

great series, that take off one from the water is such a great angle and photo, and what cool reflection too! Shovelers are pretty neat looking birds!

Great captures. Love that splash-down shot and his reflection.

Gee Coy! Not only are your photos beautiful, I always learn a thing or two from your posts. I never heard of such ducks but I'm learning.... Thanks for such entertaining lessons!

Very nice photos. I have seen these once (last year in Florida) but it was hard to get close enough.

What a great experience and great photos you got of that experience. They didn't seem to mind you being there.