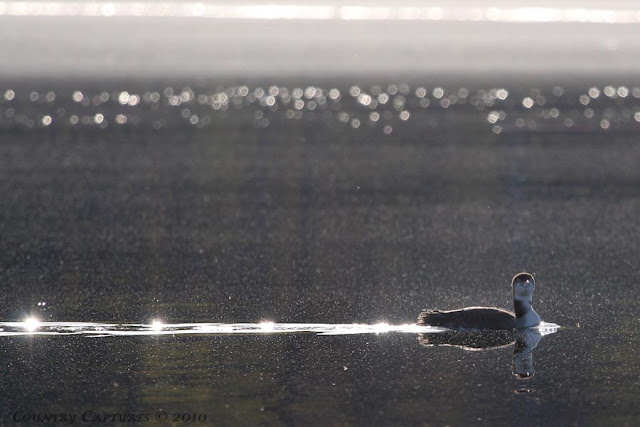 I had originally planned on arriving at the lake this morning before sunup but after staying up into the wee hours of the morning with a cow that was having problems delivering her calf; I instead chose to sleep a little longer delaying my arrival until 7:30.

At first I did not see any waterfowl activity. Shortly after beginning fishing I heard the familiar whoop of a loon. Looking towards the sun I spied a pair of loons in winter plumage gently gliding past. The backlighting created sparkles on the surface in each swirl of the loon's wake. 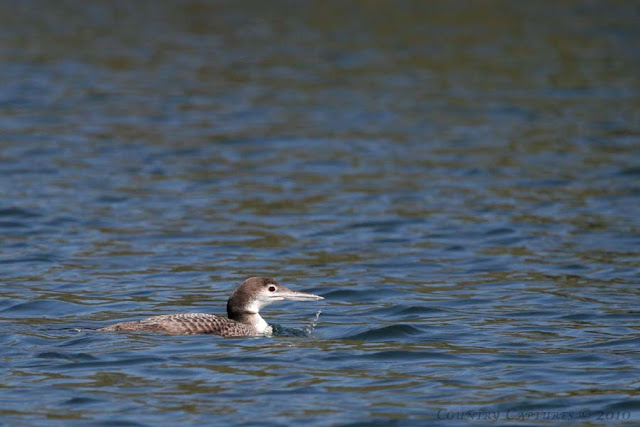 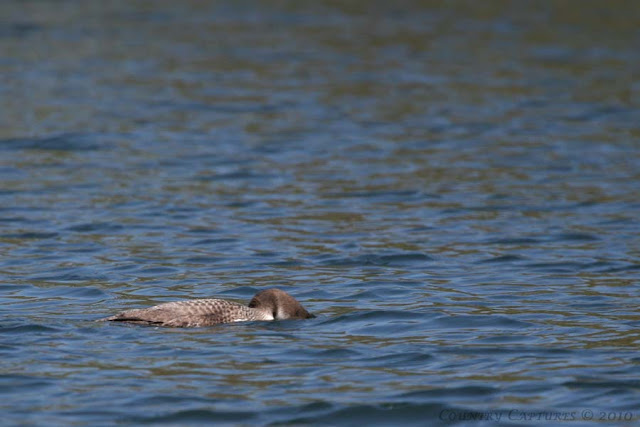 Obviously totally at ease with my presence, the loon swam with its eyes beneath the surface, a position that affords the bird an excellent view of the underwater environment.
During the course of the morning I encountered three loons, a flock of Lesser Scaup, two Mallard males, two Broad-winged Hawks, one Osprey, three Double-crested Cormorants, two unidentified Terns and one Great Blue Heron along with an assortment of songbirds.
Posted by Coy Hill at 4/30/2010 09:02:00 PM

I really love that first shot, with the shining wake.

Many great encounters on this morning! You were fortunate. Great photos.

They are so neat looking! In that first shot, it looks like it is swimming in diamonds!