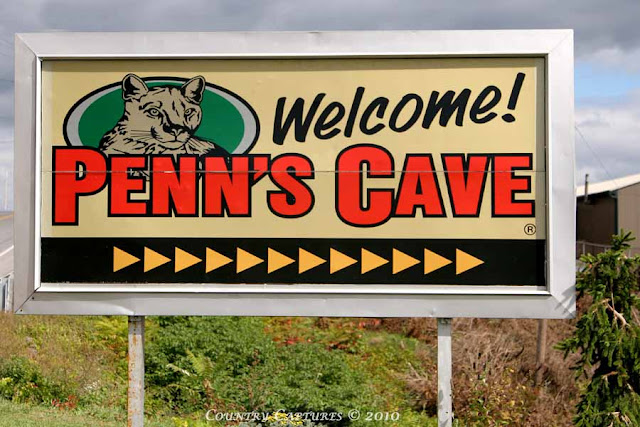 Recently my wife and I visited Penn's Cave near Centre Hall Pennsylvania. 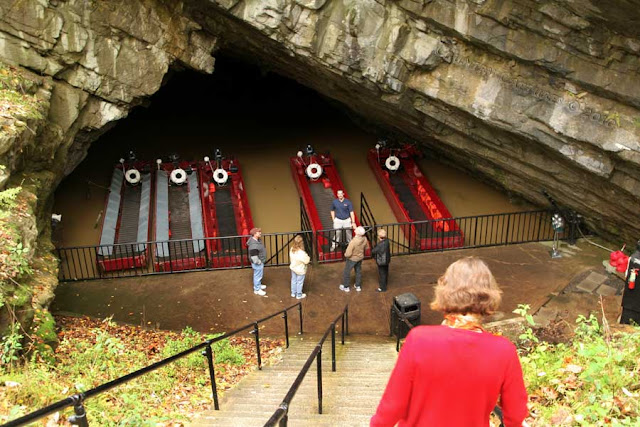 Penn's Cave bills itself as America's only all water cavern. 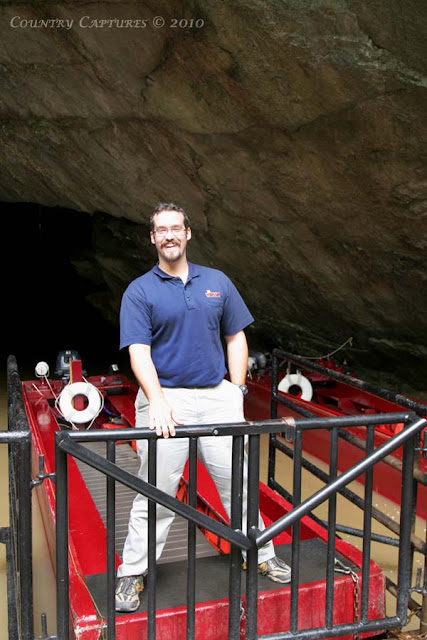 In The Cave With Dave
Our tour guide Dave referred to our tour as in the cave with Dave.  I must say he was quite knowledgeable and very entertaining. 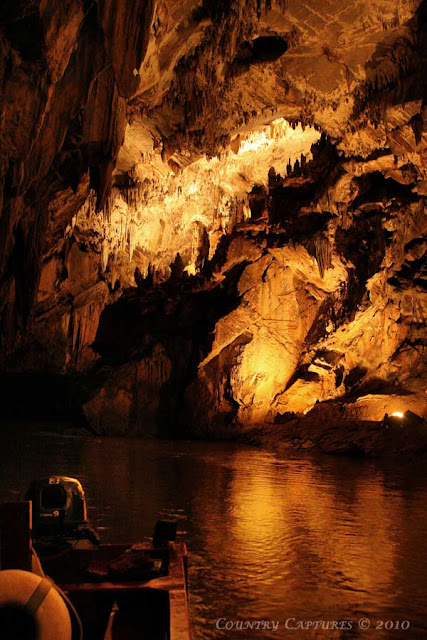 I'm accustomed to spending a lot of time in boats but this was my first boat ride underground.  The water flowing through this cavern is actually the spring that upon its exit forms the headwaters of Penn's Creek, a premier limestone trout fishery 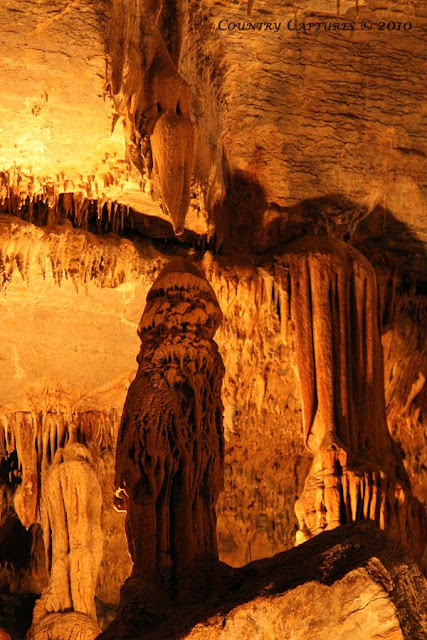 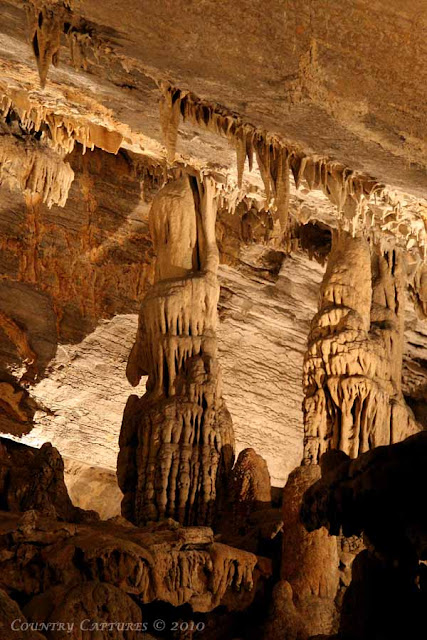 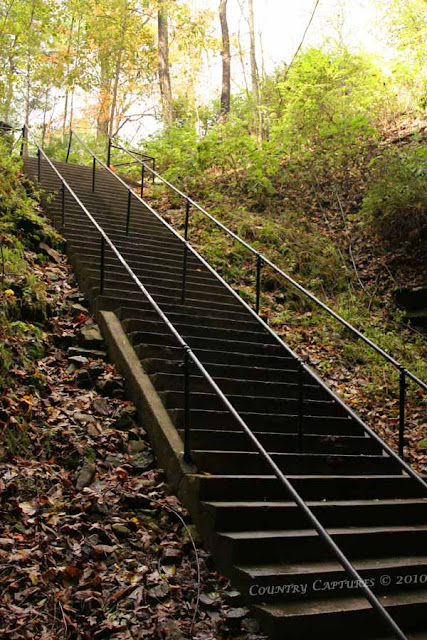 The 48 steps leading up from the cave seemed longer than they did on the way in
The one hour boat tour was certainly worth the $15.95 fee.  More info on Penn's Cave can be found by clicking here.
Having never photographed in a cavern before I didn't know what to expect.  I set the camera on ISO 1600 and shot handheld using image stabilization and available light. Sure a great number of the shots were throw-aways but enough of the images were keepers as to give me a good set of images from this down under experience.
Posted by Coy Hill at 10/14/2010 07:59:00 PM

Good job, Coy! That's quite the cave with all its unique formations. Did it bother you to be underground? I've been to Carls Bad Caverns and also to the Lewis & Clark Caverns as a kid.

This sounds most interesting Coy, wonderful work of photography in the caves too.

Before I read the commentary, I was really impressed with the quality in your shots! Beautiful gold tones! Great work under unfamiliar circumstances!

Mona,
Being underground does not bother me and neither does flying.

Robin,
I guess I could say that I am a little claustrophobic for I don't like tight places or being in large crowds but if its a big enough place for a boat I'm just fine :)

imac,
Thanks, the guide used a spotlight to light each feature as he explained what it was. The spotlight worked out well for the photos.

Hannibal,
Thanks for the compliment. I really felt uneasy shooting on such low shutter speeds without the tripod. A tripod was out of the question in the tour boat and I was reluctant to use flash; now I'm glad I didn't.