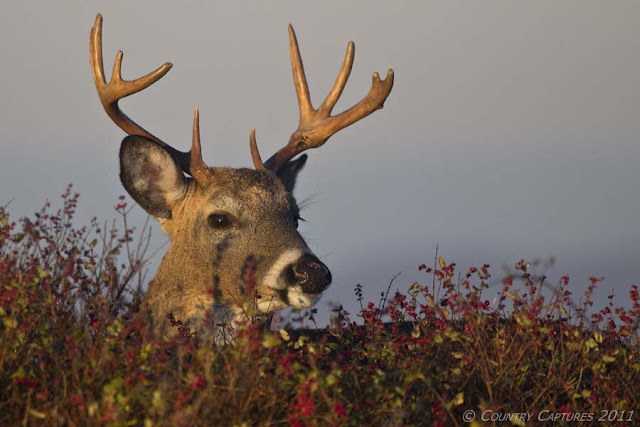 The bucks pictured in this series are the same pair featured in the previous post.  Note the unusual left antler.  When not rutting bucks form bachelor groups of two or more animals that spend a great deal of time together. 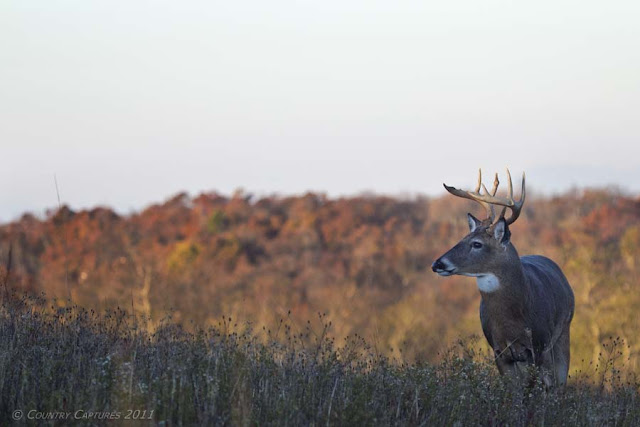 The other half of this group of two checks out an approaching photographer while posing against a colorful autumn backdrop. 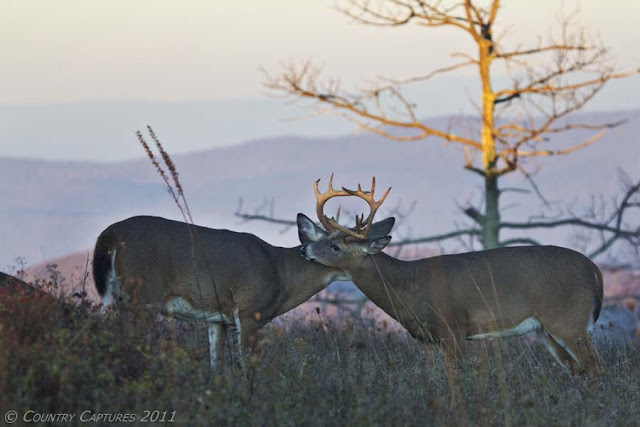 Grooming can be frequently observed between bucks making up a bachelor group; however it isn't often that it takes place in front of the camera with multiple mountain ridges fading into blue for a background. 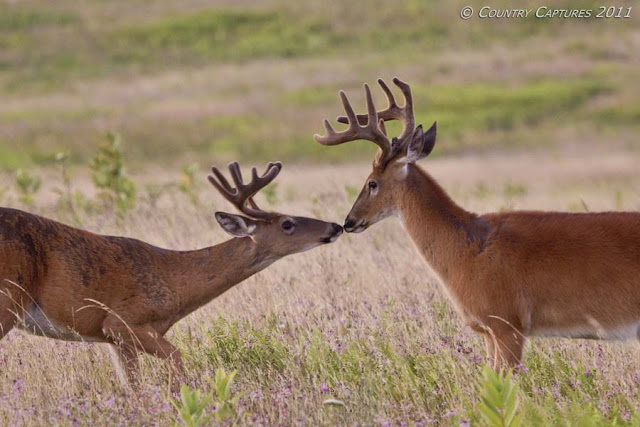 In this early morning photo taken in August the same pair of bucks are seen interacting in a playful way.  Soon the fights of the rut will begin but when the season passes these fellows will most likely once again be the best of friends.
Posted by Coy Hill at 10/27/2011 09:53:00 AM

Beautiful series - but that first shot is just breath-taking!

Hello Coy, enjoyed thi post and the previous ones - magnificent animals and hunting with a camera is much preferable than other ways (for me). We are on a month-long road trip in NH and though i have seen lots of Moose crossing signs, nary a moose or deer has been spotted - just some wild turkeys grazing by a roadside - not nearly as impressive.
Congrats too on having your images selected for the 2012 wildlife calendar.

I am really enjoying this series and you have succeeded in getting the rut blood boiling so hard here, Joan and I are scheduled to be at SNP 11/5 and 11/6. Can not break away mid week right now.

As usual you have shown that you are a master through the lens!