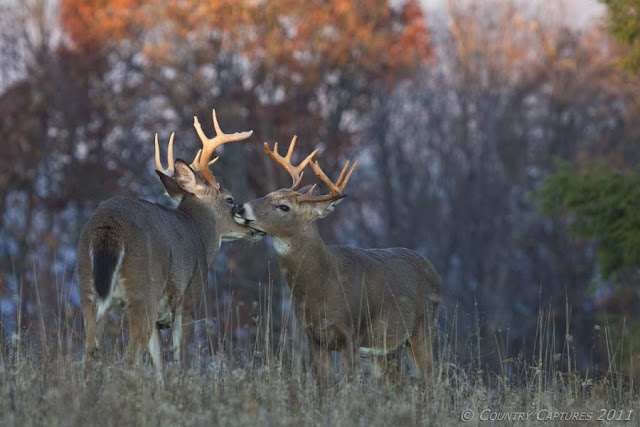 Anxiously awaiting the beginning of the whitetail rut, Willard and I traveled south this morning arriving in Shenandoah National Park before daybreak.  As light began to seep across the mountain landscape we soon located a nice pair of adult bucks feeding in a meadow and decided to stay with them to await the arrival of photographic light.

The pair continued to feed as the light became stronger.  Meanwhile we and other like minded photographers moved into position.  The bucks were showing no signs of the impending rut and with the sun cresting the mountain top I began to loose hope of capturing a dynamic shot of whitetail interaction before the rising sun spilled sharp-edged light across the landscape but then suddenly they came together.  As they lifted their heads and began grooming the sunlight kissed their antlers; half a dozen shutters clicked rapid fire.  Everyone knew that the moment for "the image" had arrived! 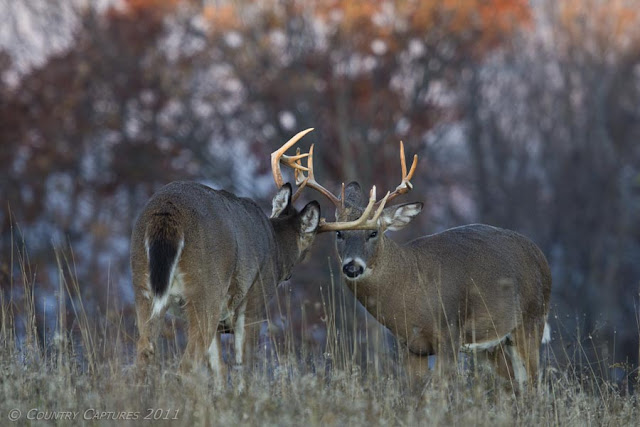 For just a brief moment they assumed an aggressive posture as if rutting combat was about to begin. 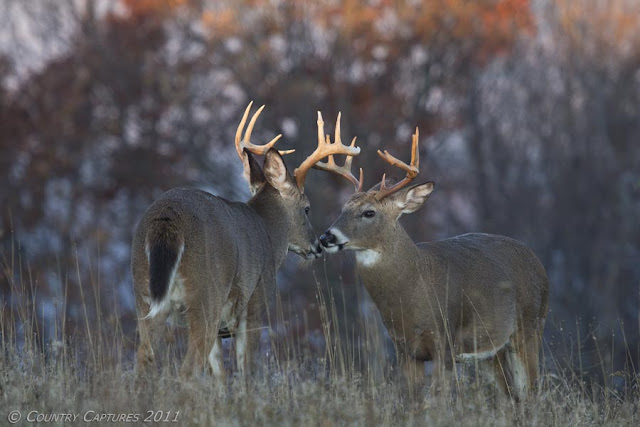 And then the moment passed; touching noses they returned once again to feeding.

The bucks soon ventured off and so did we as we went in search of other deer.  Walking away chatting with a new found photographer friend, he mentioned that that one moment made facing the cold wind whipping across the mountain top worthwhile.  I nodded in silent agreement.

this moment of tenderness is amazing! i'd not have expected it at all in the fall! just beautiful! hate to think that these same 2 might be drawing blood any day now...

Perfect light on those antlers.These bucks look very healthy and will no doubt be involved in the rut soon.

Nice series of photos with an interesting story. You have captured why we do this! Felt like I was there.